Home World A record-breaking ozone hole arose over the Arctic: what threatens the inhabitants of the Earth

A rare phenomenon - a record-high ozone hole appeared over the Arctic, which, according to scientists, was the result of unusually low temperatures in the atmosphere above the North Pole, writes The Guardian. It is estimated that she will disappear soon. 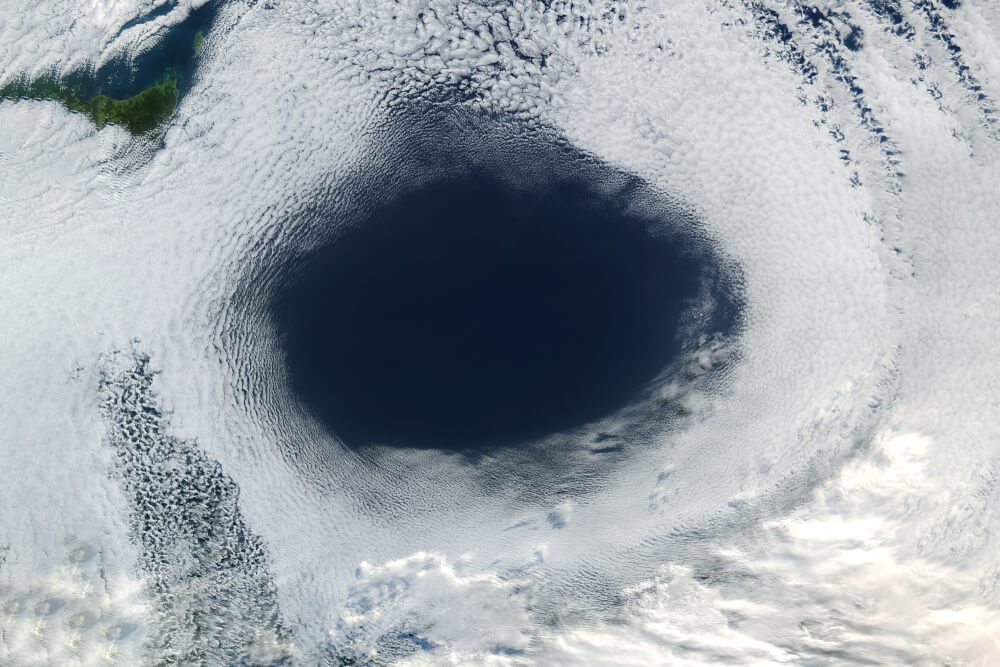 The hole, which was observed during observations from space and from the Earth over the past few days, has reached record sizes, but is not expected to pose a danger to people if it does not move further south. But if this movement occurs and the hole is over populated parts of the planet, for example, southern Greenland, people will be at increased risk of sunburn. However, with current trends, the hole is expected to disappear in just a few weeks.

Low temperatures in the northern polar regions led to an unusual stable polar vortex, and the presence in the atmosphere of chemicals that destroy the ozone layer, such as chlorine and bromine, as a result of human activity, all this led to the formation of a hole.

“A hole is mainly a geophysical rarity,” said Vincent-Henri Peuch, director of the Copernican Atmosphere Monitoring Service. “We tracked unusual dynamic conditions that drive the chemical depletion of ozone.” [This dynamic] took into account lower temperatures and a more stable than usual whirlwind over the Arctic, which then caused the formation of polar stratospheric clouds and the catalytic destruction of ozone. "

On the subject: Research: can warming defeat coronavirus

This hole is not quarantined due to Covid-19, which dramatically reduced air pollution and greenhouse gas emissions. It is also too early to talk about whether unusually stable Arctic polar vortex conditions are related to the climate crisis or are part of the normal stratospheric variability of the weather.

Peukh said that the hole did not create direct climate effects. The temperature in the region is already rising, slowing the depletion of ozone, and the hole will recede when the polar air mixes with ozone-rich air from lower latitudes. The last time such conditions were observed in the spring of 2011.

The larger hole in the ozone layer above the Antarctic has been a major concern for more than four decades. Under the 1987 Montreal Protocol, the production of ozone-depleting chemicals declined sharply, but some sources appear to be still operational - in 2018, unauthorized emissions were detected in eastern China.

The ozone hole over the Antarctic was the smallest in 35 years in November last year, which indicates the success of efforts to reduce the production of harmful pollutants. The ozone layer protects the earth from harmful levels of ultraviolet solar radiation.

On the subject: The rich are to blame: scientists called the main cause of global warming

According to Peukh, new sources of ozone-depleting chemicals were not a factor in the hole formation observed over the Arctic.

“However, this is a reminder that the Montreal Protocol should not be taken for granted, and that observations from Earth and from satellites are key to avoiding a situation where the levels of chlorine and bromine in the stratosphere can rise again.”

How to reduce your electricity bill: top devices that consume the most energy

2 years in complete isolation: how the US tried to “master” other planets and why nothing came of it

Winter 2020 became the warmest in the history of observations: what will happen to the planet

Accepted as a scam: Americans throw out financial aid cards in connection with coronavirus

Beginner English and SEO for Beginners: How to Spend a Weekend in Miami (May 29-31)

Business for 'Dummies' and Piano Learning: How to Spend a Weekend in the San Francisco Bay Area (May 29-31)

Startup course and tour of the Louvre: how to spend a weekend in New York (May 29-31)

Time Management Course and Journey to Japan: How to Spend a Weekend in Los Angeles (May 29-31)

'I'm not going there yet': after two strokes, Boris Moiseev disappeared from the screens and lives as a recluse