Home Incidents A yacht caught fire on a river in New Hampshire: people and animals jumped into the water to escape

A yacht caught fire on a river in New Hampshire: people and animals jumped into the water to escape 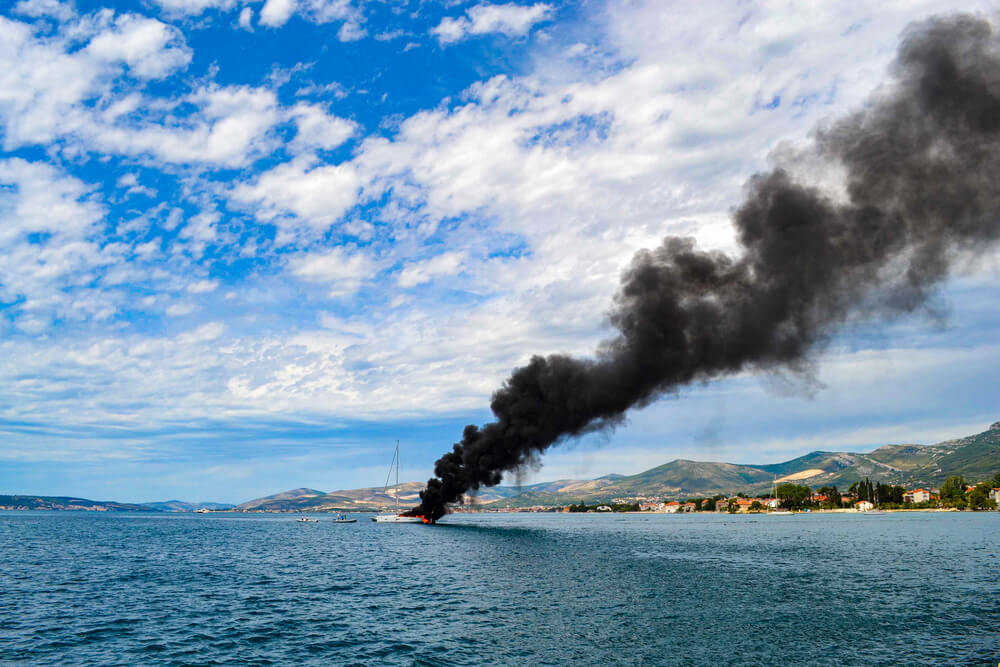 The group was aboard a 22-meter vessel called the Elusive en route to a jetty on the Piscatacqua River in New Castle when around 16 p.m. they noticed black smoke coming from below the deck, the New Hampshire Department of Safety said.

On the subject: A new wave of heat will cover the US: record temperatures are expected

Three people, as well as two of their dogs, jumped into the river when the yacht caught fire. All five were rescued by people on nearby boats.

Three boatmen, Arthur Watson, 67, and Diane Watson, 57, from New Canaan, Conn., and Jarrod Tubbs, 33, from Jupiter, Florida, were taken to a nearby hospital, treated and released.

The yacht, engulfed in flames and black smoke in photos shared by the Coast Guard, ended up drifting into Maine waters, where it sank about two hours after the first emergency call was made.

Authorities are investigating the cause of the fire.

A man for 20 years did not drink water, but only used Pepsi: how did this affect his health

Over the precipice in the mountains: a glass hanging bar has opened in Georgia, and you definitely want to go there

The richest Russian in the US is getting divorced: he and his wife need to share $ 93 billion