Home Page In the U.S. On the cover of Time, the Russian church "swallowed up" the White House

On the cover of Time, the Russian church "swallowed up" the White House

American Journal Time placed on the cover of the White House, which is gradually absorbed by the Cathedral of St. Basil the Blessed. 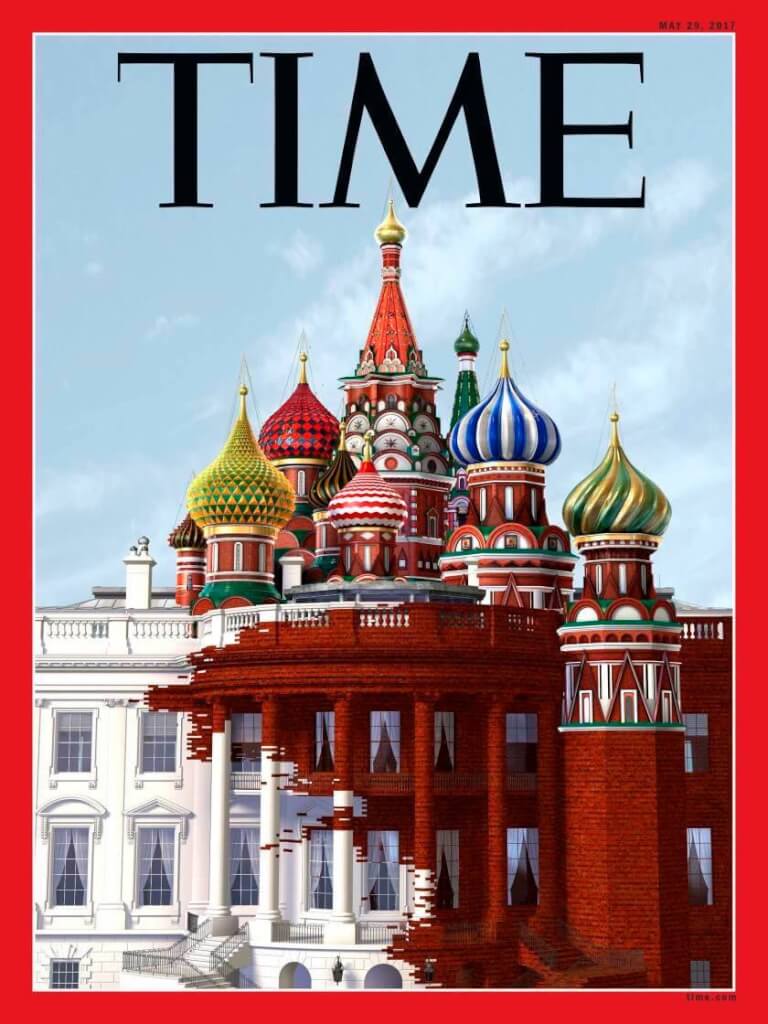 In addition, the magazine published a short video on social networks, which depicts the process of absorption.

Recall that the likelihood that President Trump will leave his post before his term officially expires is higher than ever, according to foreign bookmakers.

Ladbrokes, one of the largest bookmaker sites in the world, announced today that the likelihood that Trump will leave his post before his first term expires is very high - 4 to 5 or 55%. This means that if you bet $ 100, you will make a profit of $ 80. Previously, the odds were 11 to 10, that is, the $ 100 bet gave a profit of $ 10. Foreign gambling sites such as Ladbrokes inaccessible to Americans. And sports and gambling sites do not accept bids on political issues.

Another betting site PredictIt.com lowered rates for Trump to hold his full presidential term, from 87% to 69%. A sharp drop occurred last week.