Justin Stuller was looking forward to the opportunity to relax in the Florida Keys, which is fishing, catching lobsters, swimming with his wife, children and friends, but he was bitten by a shark. Writes about it USA Today. 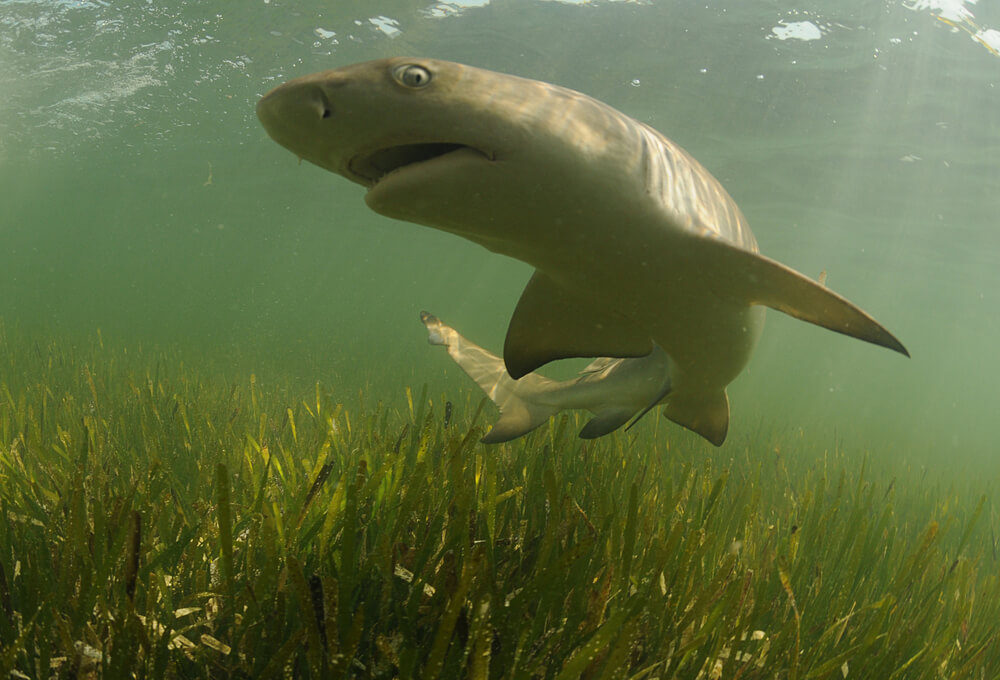 Stuller, 38, has two dozen stitches and limps slightly after being attacked by an eight-foot (2,4m) lemon shark.

Stuller said he had seen sharks on similar trips. Some even stole the fish he caught, but they had never bitten him before. At least sharks.

“I was once bitten by an alligator,” he recalled. "And a spider."

The stooller is an experienced diver. When I noticed a wounded fish in the rocks under water, I swam after it.

“She was very small,” the diver remarked.

He swam to put the fish in the stones and away from his wife and children who were swimming nearby.

“I put it in a hole and literally before I swam out, I was bitten,” the diver said about the attack. "She turned me over, and I saw this individual swim away."

Stuller said that at first no one noticed anything until he surfaced and started screaming.

A 24-year-old friend and colleague, Jake Dorn, swam nearby.

Stuller's first thought was his family and friends. “My wife and kids were swimming,” he explained. "I had to get them out of the water."

On the boat, Stuller, his wife and friends saw a five to six inch (15 cm) bite just below his knee, as well as several other bites on his leg.

The diver said his wife Kristen looked over her shoulder as he removed his hands from the wound. The wife gasped when she saw the damage and said: "We are going to the hospital."

On the subject: 6 white sharks spotted off the coast of Florida: scientists believe that there are thousands of predators

Up to this point, according to Stuller, they were having a great time. The diver said that he always keeps a full medical kit on his boat. He also had a lot of bandages to stop the bleeding.

“I bandaged the wound and lost very little blood as a result,” he explained. - The bite was quite deep, but not to the bone. I was very lucky".

“I thought: I have three children on the boat, I must stay calm,” said the victim's wife. "And the children thought it was cool to see a shark."

Stuller said that when he got stitches at the Florida Keys Memorial Hospital, they returned to sea the next day, but he was already in the capacity of a captain, not a diver.

Dorn noted that sharks usually do not bother them: “I have been fishing lobsters for many years. We see sharks often, but they just swim around. "

Stuller suggested that the shark was obviously interested in the fish, which he attributed to the stones.

"I have nothing against a shark," said the diver. “I just ended up in the wrong place at the wrong time. I was much more angry that I couldn't swim the next day. "

Permanently or permanently: for how long can complications remain after coronavirus?