Home World Three underground lakes with water were found on Mars: can this be a sign of life

Three underground lakes with water were found on Mars: can this be a sign of life

Three underground lakes were discovered near the South Pole of Mars using the radar of the automatic interplanetary station of the European Space Agency "Mars Express". Earlier, in 2018, one such lake had already been discovered there, writes Air force. 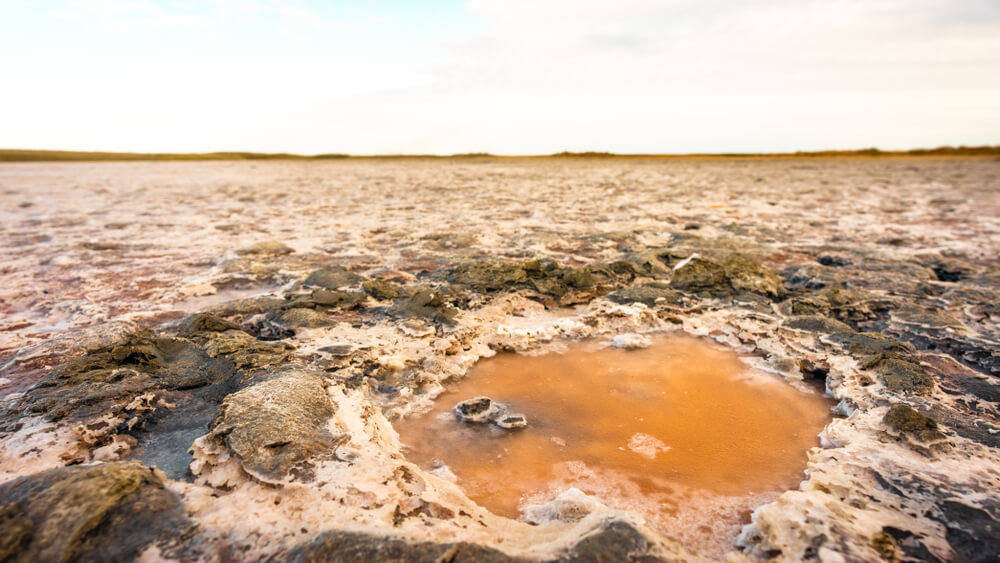 Since the presence of water is a key condition for the existence of life, its discovery on any cosmic body attracts special attention. However, as scientists suggest, the water in the Martian lakes is so salty that even the most persistent microbes will not survive in it.

Since the atmosphere of Mars is very rarefied, and temperatures are lower than in Antarctica, water cannot be in liquid form on its surface. The lakes are located at a depth of about one and a half kilometers under the polar cap consisting of ice and sand.

Since there, too, the temperature is kept well below the freezing point, the researchers explain the liquid state of the water by its high salt content.

Experiments have shown that water saturated with magnesium salts and calcium perchlorate turns into ice at -123 degrees Celsius.

“These experiments demonstrated that salt water bodies can exist for entire geologic periods, even at temperatures typical of the polar regions of Mars,” said study co-author Graziela Caprarelli of the University of South Queensland in Australia. “But the emergence and preservation of such underground lakes requires high salinity.”

On the subject: Helps master the Moon and Mars: mold from Chernobyl can protect astronauts from radiation

The discovery was made using Marsis radar aboard the Mars Express orbital station, orbiting the Red Planet since December 2003.

The radar uses technology that is used to study sub-ice lakes in Antarctica, Greenland and Canada, adapted to the conditions of Mars.

“The most likely explanation for the available data is that the intensity of reflections from the surface of Mars increases in places where there are vast reservoirs of liquid,” says Sebastian Lauro of the University of Tre in Rome.

In 2018, analyzing information from Marsis, researchers suggested the existence of an underground lake about 20 km long in the South Pole region.

This discovery was based on 29 measurements taken in 2012-2015. Now an international group of researchers, many of whom worked in 2018, additionally analyzed the data of another 134 measurements for the period from 2010 to 2019.

“We not only confirmed the original discovery, but also found three more smaller lakes surrounding the main one,” says Elena Pettinelli of Tre University. “Due to the limited technical capabilities of the radar and its distance from the Martian surface, we cannot say with certainty whether they are connected or not.”

On the subject: Excursion to the Red Planet: enthusiasts created a video tour of Mars in ultra-high quality

Whether any form of life can exist in lakes depends on the degree of their salinity. On Earth, only a special type of microbes called halophiles survive in highly salty water bodies.

“The emergence of the only subglacial lake could be attributed to some exceptional circumstances, for example, the presence of a nearby volcano hidden under the ice cap. But the discovery of a whole system of lakes suggests that their formation is a relatively simple and common process, and that such lakes probably existed for much of the history of Mars, ”says Roberto Orosei, science director of the Marsis program.

“Therefore, they can retain traces of those forms of life that existed on Mars, when there was a dense atmosphere, a warmer climate, water on the planet's surface, and conditions resembled those that were on Earth in the early period,” the scientist said.