Main page Our people NASA is preparing the first drone flight on Mars: it was created by a Ukrainian engineer from California

The Ingenuity reconnaissance helicopter, mounted on the bottom of the American Perseverance rover, was lowered to the surface of the Red Planet, reports Liga.net. 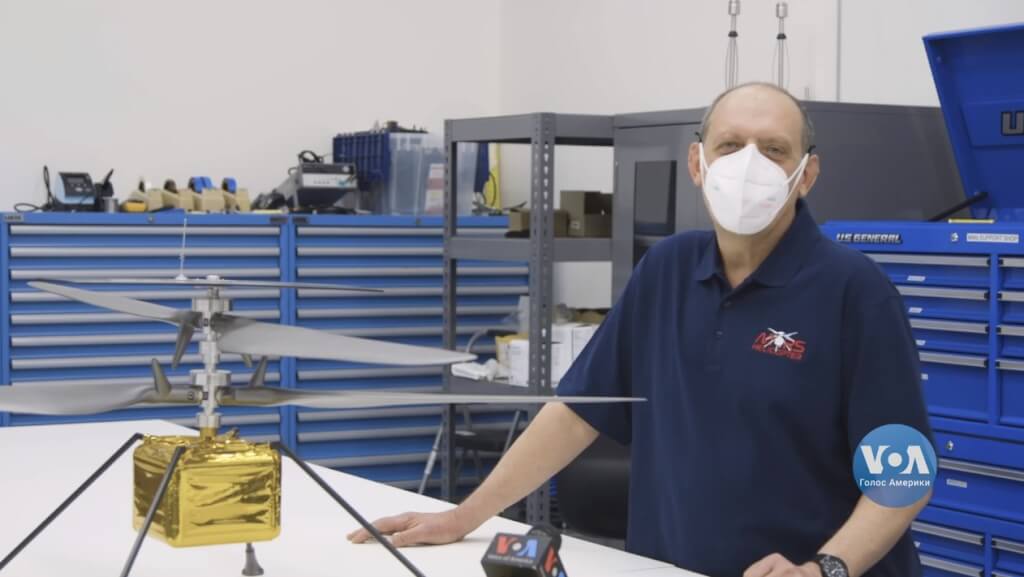 This can be seen from photographs from the archive of "raw" images on the website of the US Aerospace Administration.

The flying drone was not fixed to the rover in a “comfortable” upright position so that it could simply be picked up and lowered onto the ground. Together with the blades and supports, it was folded on the Earth in a certain way, and, in order to lower it to the surface, it was first “turned around”.

Before releasing the helicopter, the rover charged its battery to 100%. After that, the drone will be forced to “survive” temperatures down to –90 ° C on the surface.

“Next milestone? Survive the night! ”, The missions wrote on Twitter. And the helicopter did it.

The Ingenuity automated helicopter will demonstrate for the first time the ability to fly in the atmosphere of another planet. The first flight is scheduled for April 11th.

Before that, the rover will move away from it at a safe distance, so that, in which case, it does not become the “target” of the falling drone.

The cost of the Ingenueiti project is about $ 85 million. According to NASA's plan, the drone will make up to five flights.

Building a drone that can fly in the extremely rarefied atmosphere of Mars, guided by artificial intelligence, is not an easy task. A Ukrainian engineer from California took part in the creation of a unique apparatus. His story is told "Voice of America".

Engineer Igor Panchenko goes to work at the AeroVironment office in Simi Valley, California. This company has multi-year contracts with the Pentagon and NASA, for which it produces drones. Igor has been working here as an engineer for about 20 years. And he is most proud of the last project.

This is the Ingenuity helicopter - "Ingenuity". The first reconnaissance drone to fly over the surface of Mars. Igor Panchenko became one of its developers. He developed a solar battery, propeller blades and a shaft, a vertical shaft on which various nodes and interfaces are assembled.

“We had to make the parts very light - and as strong as necessary,” Igor says in Ukrainian. "The helicopter must match the temperature drops that exist on the surface of Mars." 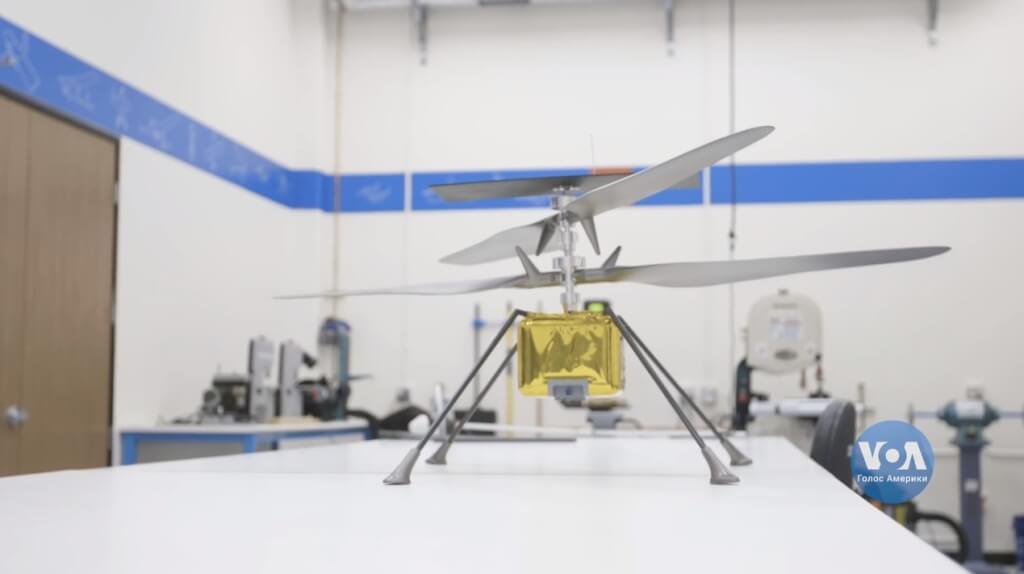 The atmosphere of Mars is different from that of the earth. Atmospheric pressure near the surface of Mars is the same as at an altitude of 35 kilometers above the Earth. Therefore, the task of the team of engineers and designers was to make a drone that would fly in a very rarefied atmosphere. It weighs only 1,8 kg. The propeller blades are much larger than they would be in a conventional helicopter, the developers explain, because they have to spin much faster than in Earth's atmosphere. The material is as tough as steel, but as light as plastic: titanium, beryllium and aluminum.

The main task of a drone on Mars is to test the flight capabilities of such devices. If everything goes according to plan, then helicopters of a similar model will be used for video and photographs of sections of Mars from close angles.

The drone has two video cameras. One at the bottom - it is directed downward and is used exclusively for navigation. There is a second video camera ahead that takes photos of the surface. These photos are sent back to Earth for scientists to look at and evaluate.

Ingenuity does not use GPS systems, but is guided only by artificial intelligence. Its maiden flight will last approximately 90 seconds. The helicopter will rise 4,5 meters above the surface of Mars. 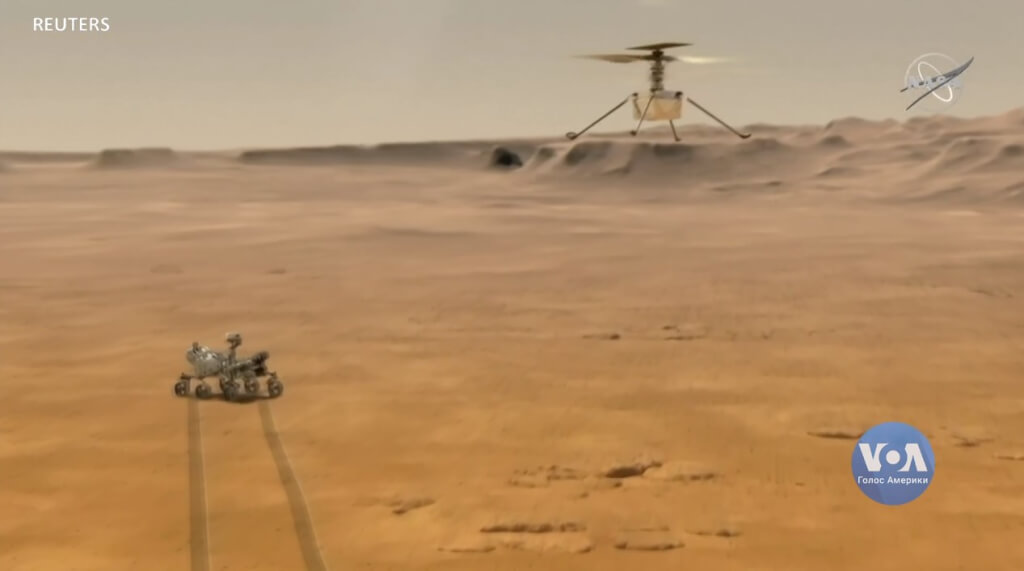 “When I see pictures on TV, I feel proud that I somehow touched it,” says Igor.

Igor Panchenko came to the United States in 1999. In Kiev, he graduated from an aviation technical school. In the United States, he confirmed his diploma and received a bachelor's degree in aerospace.

“I would like to greet all my teachers and thank you for the time they have put into me, for their knowledge, for their perseverance and patience,” he says.

Igor and his colleagues are waiting for the video of the first flight of their creation to appear. Then they will know if the technology can stand the test of the Red Planet.

Taras Shevchenko is a record holder and friend of an American actor: what we did not know about the Ukrainian poet