After 38 years of silence, on November 27 at around 23:30 p.m., the world's largest active volcano, Mauna Loa, began erupting in Mokuaveoweo. HawaiiNews. 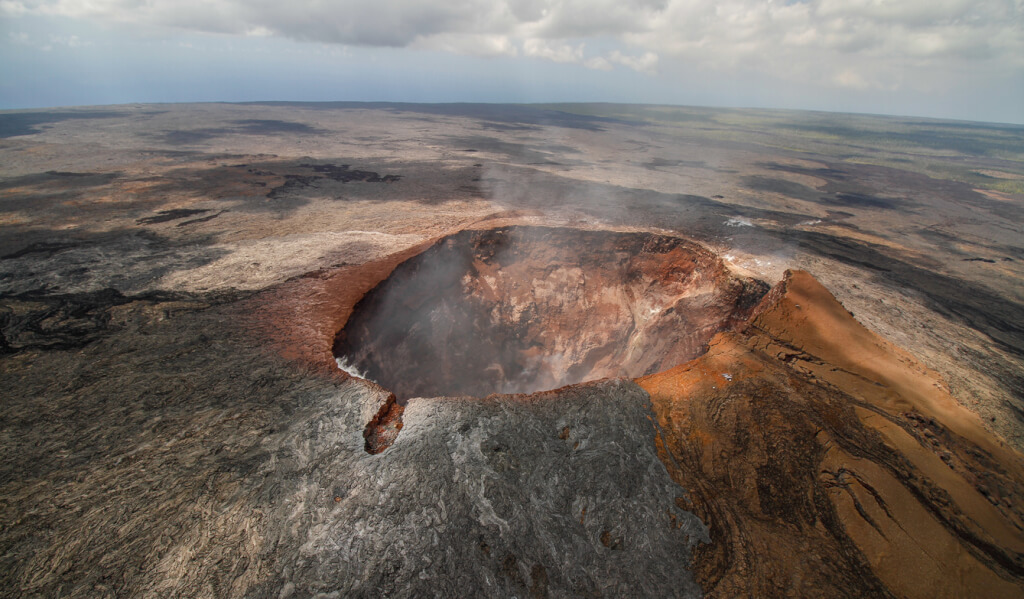 U.S. Geological Survey webcams at the summit clearly showed a long fissure, spewing lava fountains, that flowed along the bottom of the caldera or as a result of its catastrophic eruption).

Experts say the eruption appears to have occurred mainly in the summit caldera.

The Hawaii Emergency Management Agency says the Hawaiian Volcano Observatory has received several reports of lava flowing into the southwestern Mauna Loa caldera, but there is no indication at this time that it threatens populated areas.

On the subject: In Alaska, a volcano woke up, which slept for 800 years: the cities around are at risk

No evacuation requests were made, but the District of Hawaii opened shelters in Kau at the Robert Herkes Gymnasium in Pahala and the Old Airport Gymnasium (Kailua Park) in Kailua-Kona following reports that residents had self-evacuated from the coast of South Kona.

As of 5:30 AM on November 28, all HIDOE campuses on the island of Hawaii will remain open as the department continues to monitor the potential impact of the Mauna Loa eruption.

“We were unable to conduct any flights over the area as it is dark and helicopters cannot fly. But we have been provided with some photographs from Kona which suggest that the southern end of the caldera has overflowed. Several lava flows poured several kilometers out of the caldera,” said Ken Khon, chief scientist at the Hawaiian Volcanic Observatory.

“This has generally happened in past eruptions as well. There have been several eruptions where the lava overflowed the caldera but never approached human settlements,” he said.

Scientists have stated that the wind could carry volcanic gas and possibly fine ash and Pele's hair downwind (Pele's hair is strands of volcanic glass or fibers formed when small particles of molten material are ejected into the air and pulled by the wind into long, hair-like strands. Diameter strands are less than 0,5 millimeters long and can be as long as 2 meters Pele's hair is primarily a scientific term used by volcanologists and comes from Pele, the Hawaiian goddess of volcanoes).

Officials are urging people with sensitive airways to take extra precautions to minimize exposure to ash. Falling volcanic ash and debris can also cause motors or electronics to fail.

"Based on past events, the early stages of a Mauna Loa eruption can be very dynamic, and the location and progression of lava flows can change rapidly," the US Geological Survey said in a press release.

“If the eruption continues in Mokuaveoweo, the lava flows are likely to be confined to the caldera walls,” the report said. “However, if vents migrate outside its walls, lava flows can quickly move down the slope.”

The 4m volcano has shown increased seismic activity over the past few weeks, leading many to believe that an eruption could occur.

Eventually, cracks opened in the northeast rift zone of the mountain, and lava flows seeped into the Hilo region. However, none of the streams reached the outskirts of Hilo by the time the eruption ended, about 20 days after it began.

The USGS said it is working closely with its emergency management partners and will conduct aerial photography as soon as possible to obtain more information about the eruption and possible hazards. However, these studies may be hampered by weather conditions, as a warning of poor visibility is in effect in the summit area until the morning of November 28.

A resort in Italy compensates tourists for a visit there: how to relax almost for free