Home In the U.S. A mysterious 'blue hole' has formed at the bottom of the ocean off the coast of Florida

Scientists from all over the country travel to the coast of the Florida Gulf to see the mysterious "blue hole" 425 feet (129,5 m) deep in the ocean floor. Writes about it ABC News. 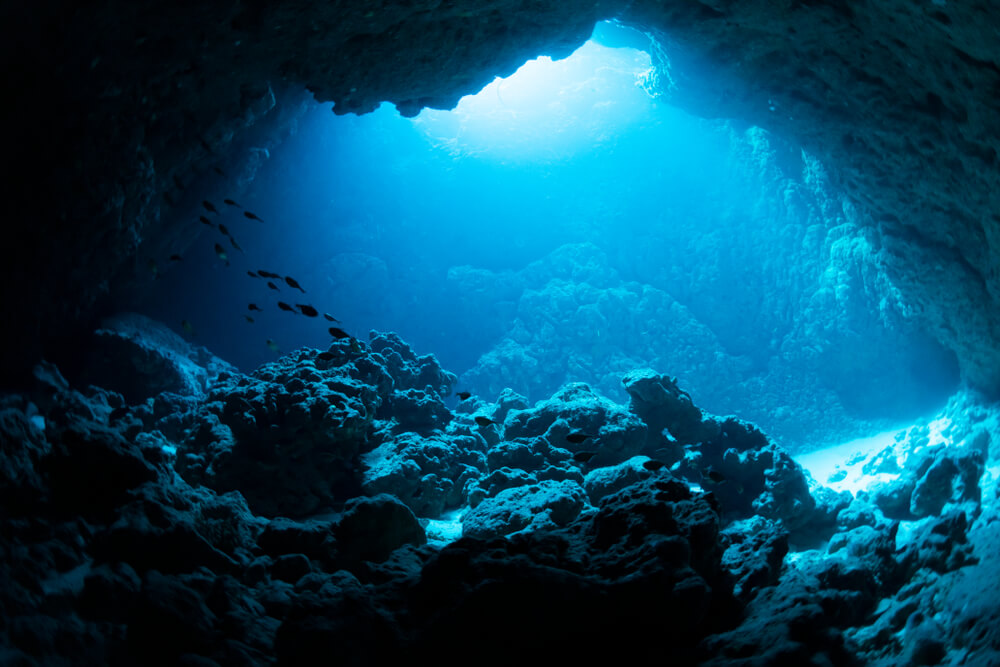 According to the National Oceanic and Atmospheric Administration (NOAA), the mysterious glowing hole, located about 155 feet (47 m) below the surface of the water, is similar to sinkholes seen on solid ground.

The hole, dubbed the "Green Banana", has become a hot topic for scientists and deep sea explorers.

Surprisingly, the first reports of blue holes came from fishermen and diving enthusiasts, not scientists or researchers. In general, these holes contain a variety of biological communities full of marine life, including corals, sponges, molluscs, sea turtles and sharks.

NOAA scientists have already collected 17 water samples from the area surrounding the hole, as well as four samples of sediment in the hole.

Notably, they also found two critically endangered, dead but intact wolf-fish at the bottom of the pit. The remains of one of the animals were removed for research.

NOAA scientists plan to launch a new mission in a second, deeper region of the hole in August. This mission will consist of a team of scientists from the Mote Marine Laboratory, Florida Atlantic University, Georgia Institute of Technology, and the US Geological Society.

Researchers are interested in studying the chemistry of seawater in holes for its unique qualities.

On the subject: Miami English: what language do Florida residents speak and why is it so unique

"Little is known about blue holes due to their lack of availability and unknown distribution and abundance," NOAA said in a statement. “The hole can be several hundred feet underwater. In many cases, the holes are too small for an automatic submersible device. "

Researchers know little about blue holes, but scientists are hoping to find out if these holes are related to Florida's groundwater. They are also trying to figure out if a particular blue hole is releasing nutrients or nourishing the microenvironment and new types of microbes.

What are blue holes and what is known about them

Blue holes are underwater funnels. Underwater pits and caves are karst (carbonate) elements that are scattered across the Florida Gulf continental shelf. They vary in size, shape and depth, but most are points with a wide variety of plants and animals. Oceanexplorer.

The Blue Hole could be an oasis in a barren seabed. These are diverse biological communities full of marine life including corals, sponges, shellfish, sea turtles, sharks and many more. The chemistry of the seawater in the holes is unique and appears to interact with groundwater. This link enhances knowledge of the carbon cycle between surface and groundwater.

Will change human DNA and harm the marine environment: what happens if radioactive water from Japan enters the ocean