Scientists have discovered reserves of liquid water under the surface of Mars. As a result, there are questions: can life be hidden in this environment, and what does it look like? 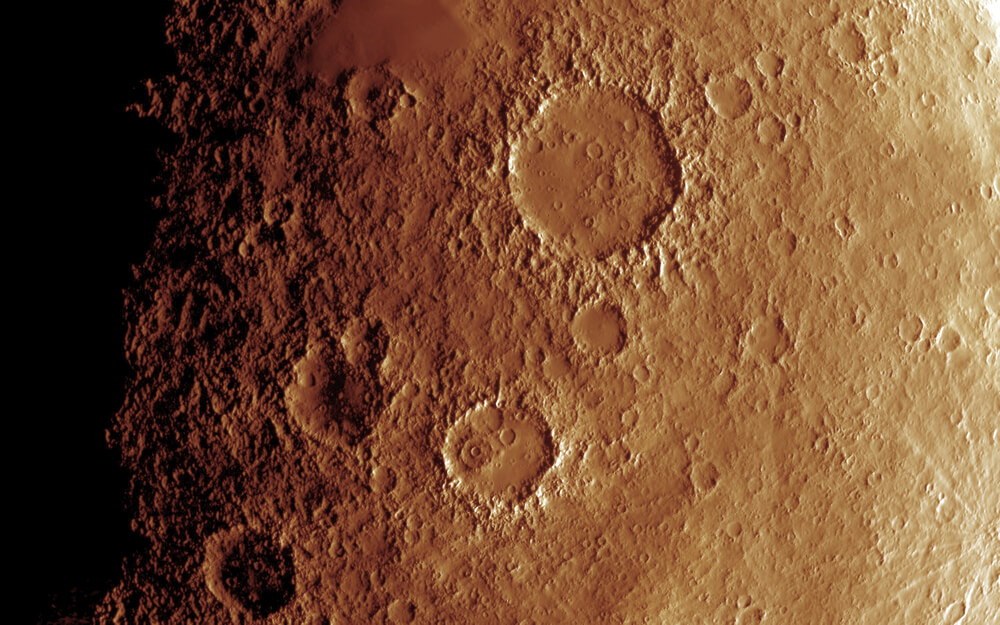 These questions hold the minds of not only science fiction writers, writes the publication Popular Mechanics. Scientists have been asking them for years, using direct and indirect observations of conditions on the planet, to find out what the Martian life can be like - if it is there or has ever been.

For example, in 2009, the Phoenix landing module directly confirmed that there is water ice on the surface of Mars. An employee of the University of Washington, Dirk Schulze-Makuš, said in an interview: “I would be very surprised if Mars were completely sterile. As life takes root, it will find a way to maintain itself in ecological niches. ”

Thanks to new research, one of these niches looks like an underground reservoir filled with salt water. Water there is at least twice as salty as sea water. In a sense, it is even good for the existence of life, because salt water freezes not as easily as fresh water, and this is important because the water temperature below Mars’s surface should be somewhere minus 10-30 degrees Celsius. But there is bad news. Martian water will be full of perchloric acid salts, toxic to most forms of life on earth. Most, but not all. Bacteria called Dechloromonas aromatica reduce the concentration of these salts, decomposing them into chlorine and oxygen, which they breathe. These babies instinctively move in the direction of the concentration of salts of perchloric acid. Such organisms are called chemotrophic, because their growth is due to certain external chemical stimuli (but phototrophs live on the surface and receive chemical energy from sunlight).

Perhaps somewhere deep beneath the surface of Mars, living organisms use some kind of chemical to survive, just as it does at the bottom of the Earth’s seas and oceans. Samuel Kounaves, a professor of chemistry at Tufts University and one of the leading scientists of the Phoenix project, recently told the online journal of astrobiology that some chemotrophic bacteria can live on Mars, using perchloric acid salt as an energy source - “maybe “There is a whole ecosystem there, including liquid water.”

In December, 2014, NASA's “Curiosity” rover found a methane surge that is ten times the normal level. This gave rise to conclusions about the existence of some life forms deep under the ground that this gas produces.

Since then, Curiosity has taken up interplanetary geology. According to NASA, "water-rock chemistry could generate methane, but scientists cannot rule out the possibility of its biological origin." In this case, methane will seep from underground reservoirs, like what was seen from the orbit of the Red Planet. It is also possible the existence of such life forms that oxygen was replaced by methane as a vital element. This opportunity is considered by many researchers of Titan.

To what scale can the hypothetical underground ecosystem of Mars grow? Chemotrophs tend to multiply rapidly. Take at least Hydrogenovibrio crunogenus - bacteria that live by converting sulfur to oxygen from geothermal sources on the seabed. If sulfur is enough, their amount can double every hour. Be careful when drilling and sending samples to Earth.

Can there be more complex organisms in the Martian environment? On Earth, in the deep-sea depressions, the larger animals, like shrimps, come to the rescue by the heat that comes to them from the surface by means of organic materials. And some crabs and shrimps first accumulate a layer of bacteria on their bodies for further nutrition.

It is difficult to say what could have happened under the surface of Mars for millennia. The amount of chemical energy available may limit the size of the creatures living there, but it’s best not to exclude any of the options. In cold environments, organisms survive, as a rule, through the formation of symbiotic relationships with other organisms, and therefore the interaction between Martian bacteria can be difficult to understand, but very impressive.

The most enduring creature on Earth is considered to be a water bear, also known as a slow-moving microscopic invertebrate living in mosses, soil and lichens. They can survive at temperatures ranging from minus 253 to plus 151 degrees Celsius. So the cold will not kill them. But water bears, like most highly developed organisms, still need oxygen to survive.

As for life on Mars, there are, of course, many options. Colonies of bacteria can produce oxygen from salts of sulfuric acid, the same chemical that prevents water from freezing. And if bacteria are capable of producing oxygen, something larger and more enduring can exist on the Red Planet. Perhaps the development of life helps some alternative oxygen chemical derived from methane.

Until we start drilling, we won’t find out.

The founder of Amazon is ready to take tourists into space already in 2019 year: how much is a ticket

How Russian specialists work at NASA