Home Educational program Monster meat in KFC and chocolate to disguise blood in milk: 7 nonsensical food myths that people believe in for some reason

Eating food prepared by someone else requires a lot of trust. We need to know that the person or company that prepared the food did their job to perfection. That's why there are health inspectors to control restaurants and farms, and information labels that give some transparency about what's actually in the foods we consume. But due to the fact that we do not always know for sure what our food is made of, various myths appear, often very absurd. About seven of them and told the publication Lifehacker. 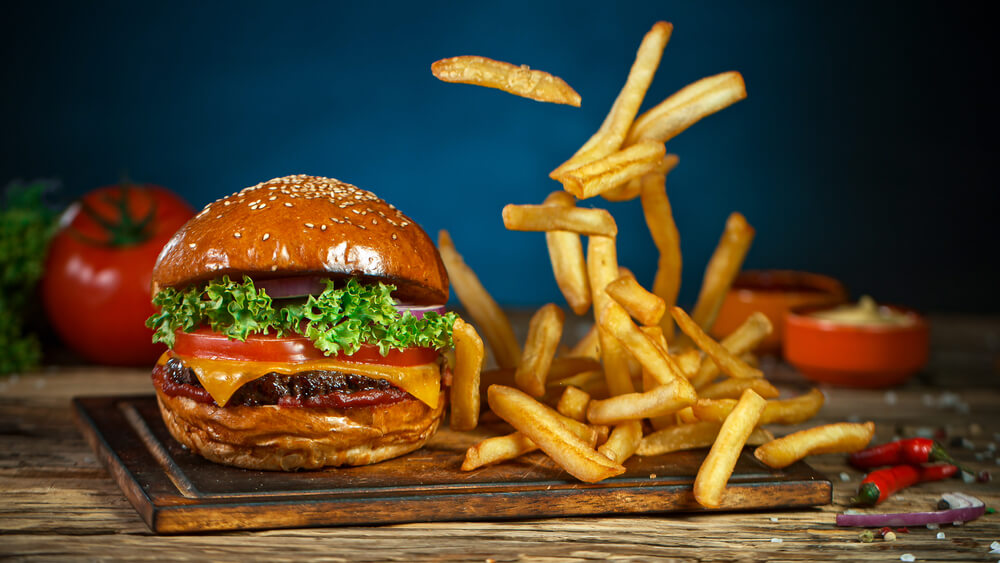 Myth: Chocolate milk is made to hide blood from sick cows.

Why is chocolate milk brown? Surely not because someone added chocolate flavor to regular milk. However, the myth says that brown hides the blood and pus in the milk of sick cows. One dairy farmer notes that this would require a whole separate set of trucks and equipment specifically for handling bloody milk, making the process more expensive than just throwing the product away, as required by the regulations.

Sometimes there may be blood in the milk, but it is considered unfit for human consumption.

A related myth is that milk (chocolate or otherwise) is full of pus cells. Government regulation allows for a certain number of "pus cells" per litre. The grain of truth here is that the US Food and Drug Administration (FDA) sets a limit of 750 somatic cells per milliliter of milk (or 000 million per liter). But these cells are somatic - these are the cells of the cow's body, including those producing milk, as well as immune cells. Somatic cells are present in healthy, normal milk, including human breast milk: they are not like pus.

However, cows with mastitis (udder infection) may have more of these cells in their milk than a healthy cow, which is one of the reasons high somatic cell counts are not allowed. Milk from cows with mastitis is not sold for human consumption; it is tasteless and spoils quickly.

In 1991, the restaurant known as Kentucky Fried Chicken was renamed KFC. This reduced the emphasis on the stir-fry part of the title, making the title shorter and sleeker, and shifted the focus away from the chicken dishes.

On the subject: Not all fast food is equally harmful: top 8 fast food chains that use the highest quality meat

Some time after this, a legend arose claiming that the source of the famous KFC legs was a lab-grown mutant creature with six legs and no head. And he, allegedly, is fed with a special nutrient mixture.

The first fact confirming the absurdity of this legend is that the word “chicken” has never disappeared from the menu. And the second, perhaps the most significant, is that scientists still have not figured out how to create cheap lab-grown meat that needs to be “fed” with very expensive animal whey. So burgers with such meat will cost several thousand dollars.

Myth: Fast food is so loaded with chemicals that it doesn't rot.

Sometimes we are so eager to believe in a terrible food myth that we forget the principle of food processing altogether. Quechua people have been cooking llama jerky for thousands of years, but when they applied the same concept and dried a McDonald's patty, suddenly everyone was alarmed: how many chemicals or preservatives should be in fast food!

It's the same with a bun: toast some bread, let it dry, and you get croutons, crispy bread sticks, or crackers—unless the bread was a bun from a cheap hamburger restaurant, in which case it's a cautionary tale about how edible becomes inedible.

Myth: Fast food burgers are full of eyeballs and worms.

What's in a McDonald's Burger? It can be assumed that all kinds of unhealthy ingredients. But after all, in their composition it is indicated that it is 100% beef? There must be some trick.

One urban legend says that hamburgers are bought from a vendor called "100% Beef," who sells hamburger-like items made from anything but beef. Ground beef is often made from less marketable cuts of meat, but we're talking loin trimmings, not eyeballs.

In truth, it's far more profitable for a meat supplier to sell cow's eyeballs to science labs than it is to grind them into hamburgers. It's a similar story with earthworms, which are rumored to be the main ingredient in McDonald's hamburgers; worm meat is not produced on the scale of beef and is much more expensive.

Myth: Jelly is made from hooves

It's almost a rite of passage: as a child, you're served sweet fruit jelly without wondering what it's made of. Then you will learn that its main ingredient is gelatin, and it is of animal origin.

So far everything is correct. Gelatin is made from collagen, and collagen is the main protein component of connective tissue. Connective tissue is found in many places on the animal's body, including parts that are not sold as meat.

But not in the hooves. Hooves may contain some collagen, but mostly keratin. Gelatin is made from skins and bones, usually from pigs and cows.

Taco Bell is lucky enough to stand at the intersection of two urban legends: a fast food restaurant chain that serves meat and dishes associated with Latin American cultures. Xenophobic urban food legends are a genre in their own right. The same myths people tell about McDonald's burgers and Taco Bell ground beef, but that's not all.

One lawsuit alleged that beef for the Taco Bell chain was only 36% beef. The lawsuit was eventually dismissed, and Taco Bell's recipe is beef with a lot of common seasonings. The sauce contains soybean oil, oatmeal for thickening, nutritional yeast, garlic, and more.

Another myth is that Taco Bell's beef tacos contain horse meat. There is, again, some truth to this: Taco Bells in the United Kingdom was once found to be using meat from a supplier that included "over 1%" horsemeat in the mix. But Taco Bells in the US does not use European suppliers, so this has never been a problem here.

Myth: Beans at Taco Bell are not beans at all, and potatoes at KFC are not potatoes.

Recently, there has been massive outrage across the US that KFC's mashed potatoes are not "made with love from real potatoes in the store"; potatoes are mashed at the factory, dehydrated and reconstituted before serving. Before that, it was refried Taco Bell beans, which come to the store in the form of dehydrated kibbles. But if you buy the same boxed mashed potatoes and instant fried beans at the grocery store, then that's fine.

What and when to buy in the USA: a guide to American sales

How our Universe was born: working and not so theories of scientists