Home Page Incidents 'We are all very scared': in Montana, a bear killed a tourist in a park

'We are all very scared': in Montana, a bear killed a tourist in a park

According to the Powell County Sheriff, Montana, a grizzly bear attacked and killed a man who had camped in a park in the west of the state. The incident took place early Tuesday morning, 6 July. Writes about it USA Today. 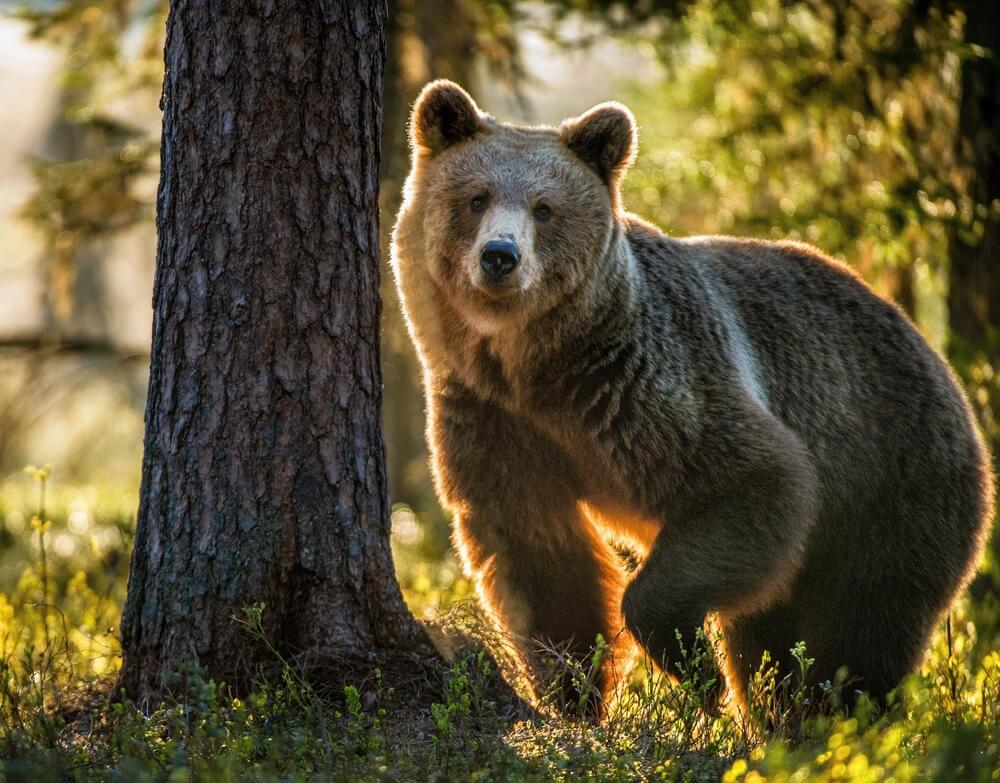 The attack took place around 05:00 in Ovando, a city of less than 100 people, said Greg Lemon, a spokesman for the Montana Department of Wildlife.

“There was contact with the bear even before the incident,” said Sheriff Gavin Roselles. "The bear went to the campsite several times."

A team of law enforcement and wildlife specialists has been assembled to track the bear, officials said.

The initial report states that the victim rode a bicycle during the attack, but it was eventually revealed that this was not the case.

Lemon said that he understands the victim was part of a group on a bike ride. The identity of the victim is not disclosed, and further circumstances of the attack are being investigated.

On the subject: Predatory animals in the USA: how to survive upon meeting

“Our first concern is the well-being of the community. The next step is to find the bear, ”Lemon said.

Officials did not say exactly where the attack took place, but Roselles said other people had set up camp in the vicinity of the attack.

Ovando owner Tiffany Zavarelli said this is the first fatal bear attack she is aware of in the area. Residents are accustomed to living next to bears and are aware of the risks, but the attack scared them, Zavarelli said.

“We are all very scared. The population here is 75 people - everyone knows everyone, ”Zararelli said. - People from Montana know how to live side by side with bears. But anything can happen. "

The number of encounters with grizzly bears in the Northern Rocky Mountains has increased in recent decades. Since the animals are under federal protection and are spreading to new territories, moreover, the number of people living and resting in this region has also increased.

This prompted calls in Montana and neighboring Wyoming and Idaho to remove protection so the animals could be hunted.

In April, a country guide was killed by a grizzly bear while fishing along the border of Yellowstone National Park in southwest Montana.

Ovando sits on the southern edge of a vast wilderness that stretches all the way to the Canadian border and is home to approximately 1000 bears. This is the largest concentration of grizzly bears in the United States. Glacier National Park is located in this area.

In 2016, an off duty U.S. Forest Service law enforcement officer was fatally injured in the region after colliding with a grizzly bear while mountain biking in Flathead National Forest.

Grizzly bears attacking humans can be caught and killed if they are considered a threat to public safety.

If the attack occurred in the event of an unexpected meeting or the bears protect their cubs, and this did not lead to the death of a person, the animals are not destroyed.

Wildlife managers have sought to mitigate the hazard with campaigns encouraging people living near grizzlies to install bear-resistant trash cans so that animals don't come looking for leftover food. They also taught hunters and hikers about how to travel safely in grizzly land and the importance of wearing bear spray - mace-like pepper spray cans that can be used to scare animals away.

It is not known whether the victim of the July 6 attack had bear spray or even the ability to use it.

Approximately 50 grizzlies once inhabited western North America from the Pacific Ocean to the Great Plains. By the early 000s, hunting, commercial fishing, and habitat loss had wiped out most of them.

Grizzly bears have been protected as an endangered species in the continental United States since 1975, providing a slow recovery in some areas.