Home At home 'We are not one people': Zelensky sharply responded to Putin about his words about Ukrainians and Russians

President of Ukraine Volodymyr Zelenskyy sharply responded to Russian President Vladimir Putin to the assertion that Ukrainians and Russians are one people, artificially divided in relatively recent history. Writes about it with the BBC. 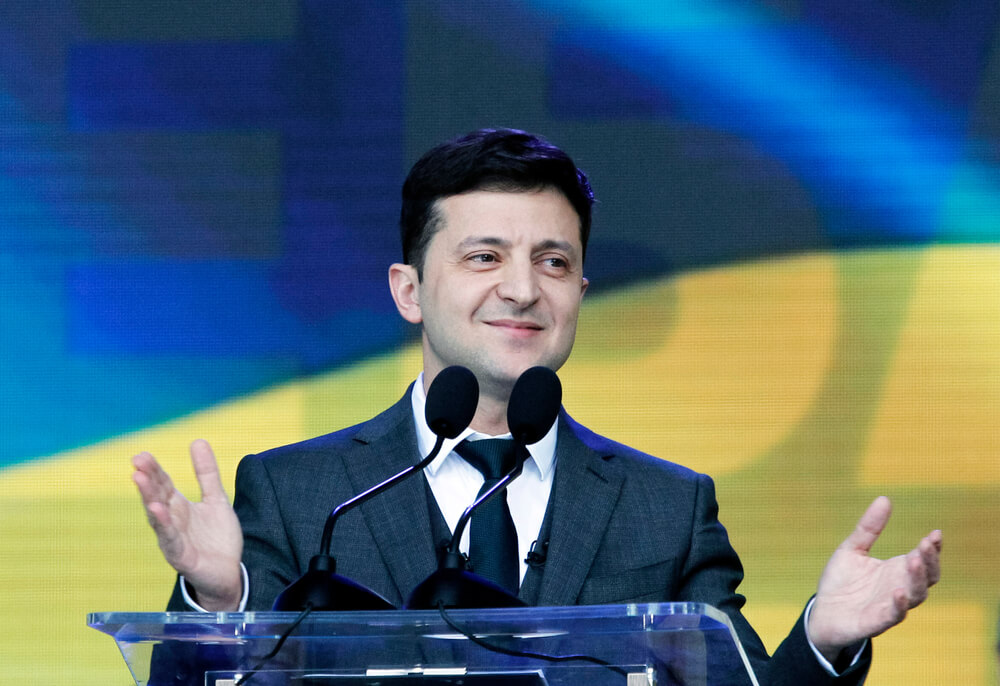 Zelenskiy gave an interview to the Interfax-Ukraine news agency, whose journalist asked him to respond to Putin's statements during his "Direct Line" with the Russians on Wednesday, June 30.

“Why is Ukraine not included in the list of unfriendly countries? Because I do not think that the Ukrainian people are unfriendly people to us, ”Putin said. “I have already said this many times, I can repeat it again: I believe that Ukrainians and Russians are generally one people.”

At the same time, Putin said that external forces “the Russian people have always tried to pull apart and crush, this has been going on since the Middle Ages. How was the ethnic component interpreted in our country? There were Great Russians, Belorussians and Little Russians. Then - under the influence of external factors, and then even the Bolsheviks made their contribution, and we began to sort of divide the single Russian people. "

The President of Ukraine gave a harsh answer.

“Let's finally dot the i's,” Zelensky said. - We are definitely not one people. Yes, we have a lot in common. We have a common part of history, memory, neighborhood, relatives, a common victory over fascism and common tragedies. Yes, all this is extremely important, and we remember about it. "

“But we, I repeat once again, are not one people. If we were one people, then in Moscow, most likely, hryvnia would go around, and a yellow-blue flag would fly over the State Duma. So there is definitely more than one people. Each of us has his own path, ”added the President of Ukraine.

Will there be negotiations

Putin and Zelenskiy also argued about the possibility of new direct talks between the heads of the two countries.

The last time the Ukrainian and Russian leaders saw each other was in December 2019 during the Normandy format talks - in addition to Putin and Zelensky, the President of France and the Chancellor of Germany also took part in this summit. The main topic of the meeting was the settlement of the conflict in the east of Ukraine - and its only concrete result was an agreement on the exchange of prisoners.

On the subject: 'I would like us to have a Disneyland': Zelensky spoke about the plans and problems of Ukraine

Basically, relations between Ukraine and Moscow have not changed. Ukraine accuses Russia of direct support of the separatists with troops and weapons. But Moscow calls the conflict an internal problem for Ukraine and insists that Kiev should negotiate directly with those who control Donetsk and Luhansk.

“We really should have one goal - to end the war in Donbass, to return its territory to Ukraine. And one more thing - it is impossible to simultaneously talk about "one people" and openly seize our territories and continue the war in Donbass. It's obvious, ”Zelensky said.

Putin has a different opinion about his meeting with Zelensky.

“What to meet with Zelensky if he gave his country under full external control? - Putin said. - The key issues of the life of Ukraine are solved not in Kiev, but in Washington, partly in Berlin and Paris. Well, what to talk about? Nevertheless, I do not refuse meetings of this kind, you just need to understand what to talk about. "

Zelenskiy responded by saying that such phrases from Putin did not bother him. “I never live in stereotypes. It looks as if I, for example, said: “Why do Russians need elections, direct democracy, if everything is decided exclusively in the Kremlin? It is clear that theses about some kind of “external management” are an exclusively propaganda mantra for the domestic consumer in Russia. Because in the real world all issues regarding Ukraine are resolved exclusively in Ukraine and the Ukrainian state, and certainly not in any neighboring country and certainly not by “shadow intermediaries” who are now under house arrest or wanted. "

Putin's godfather Viktor Medvedchuk, a Ukrainian politician and leader of the pro-Russian party Opposition Platform - For Life, has often been called a "shadow mediator" between Russia and Ukraine. Now Medvedchuk is under house arrest, and, among other things, he was charged with high treason - an attempt to make money on deposits in the Crimea annexed by Russia and the transfer of Ukrainian military secrets to the Russian authorities. Medvedchuk denies these accusations and considers them political persecution.

Putin spoke out in defense of Medvedchuk, whom he called a "Ukrainian nationalist."

The correspondence dispute between the authorities of Ukraine and Russia about the historical roots of the origin of the two peoples has been going on for more than a decade. Back in 2003, the then President of Ukraine Leonid Kuchma wrote a book under the eloquent title "Ukraine is not Russia", while he published it in Moscow and in Russian.

What else did Putin talk about

Putin also mentioned the incident with the British destroyer near the Crimea.

“This is a provocation, it is obvious. What did you want to show? This provocation was complex and was carried out not only by the British, but also by the Americans. They reported to me about it. We saw him well, watched him. It was obvious that the destroyer came in pursuing military objectives, "- said the President of Russia, writes New Paper.

Putin also told about his future successor: “A holy place is never empty. The time will come, and I hope I will be able to say that some person is worthy to lead such a wonderful country. "

Even in global warming, according to the president, Russia has bypassed everyone else. He believes that in Russia it is happening even faster than in other countries.

And in the end, Putin said what kind of Russia he would like to pass on to future generations.

“Once the USSR collapsed. Half of the economy was lost. Historical Russia invested large resources in the economy. What to do about it? It is senseless and inexpedient to restore the USSR. Despite the losses, Russia is the largest country in the world in terms of territory. Russia is a world storehouse of various resources, this is our advantage. The main gold reserves of Russia are people. Our people are people with very deep historical and cultural roots. This is very important, since the modern world is connected with modern technologies. And we have an inner great respect for science and education. The future of humanity is connected precisely with this. If we can achieve internal stability, success is inevitable. Then we can proudly say that we live in a country that we consider great, ”he said.

From August, the United States will completely stop issuing visas in Russia