Home Page Our people 'May die in the coming days': world celebrities turned to Putin because of Navalny

Russian opposition leader Alexei Navalny was transferred from the colony to a hospital for convicts in the city of Vladimir. This was reported by the Russian authorities, writes Air force. 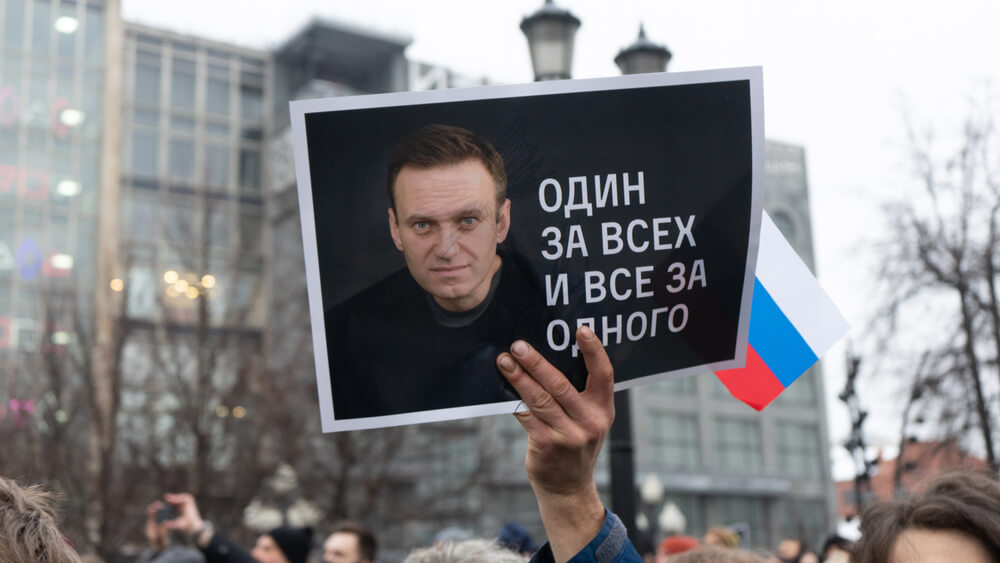 The decision to transfer Navalny was made by a commission of doctors of the Federal Penitentiary Service.

The hospital for convicts in the city of Vladimir specializes in monitoring such patients, the FSIN said.

The state of health of Navalny is called satisfactory, he is examined by a doctor every day, says the prison administration. He was prescribed vitamins.

"The heart can stop"

Alexei Navalny, 44, opposition leader and critic of President Putin was sent to jail in February on an old criminal case he calls politically motivated.

On April 16, Moscow doctors announced the critical condition of Alexei Navalny, who went on a hunger strike on March 31 to protest the fact that independent doctors were not allowed to visit him.

An independent doctor was not allowed to visit him in the colony. The doctors drew the attention of the head of the Federal Penitentiary Service, Alexander Kalashnikov, to the “sharp negative dynamics” of the prisoner's analyzes.

On the subject: US and EU imposed new sanctions against Russia due to the arrest of Navalny

The patient "develops renal failure, which has already led to severe metabolic disorders" and "can lead to severe pathology of the cardiovascular system up to cardiac arrest," they warned. Navalny is experiencing severe pain in the spine and numbness in his leg.

“If you do not start treating, he will die in the coming days,” said one of the doctors, resuscitator Alexander Polupan, who was part of a group of doctors who flew from Moscow to Omsk last summer when Navalny was in a coma after the probable poisoning by Novichok. ...

The doctor called Navalny's condition "an absolute indication for hospitalization."

The world community also demanded to admit the doctor to Navalny.

On Sunday, April 18, a number of countries joined an international protest against the conditions of detention and treatment of Navalny, who was in the Pokrovskaya colony, 100 km east of Moscow.

Among the signatories are five Nobel laureates.

Anastasia Vasilyeva, who was previously detained for protesting near the colony where Navalny is located, also said that the doctors tried to persuade them to let them in to see the patient for several hours, but the colony's leadership refused.

US President Joe Biden said Navalny's treatment in prison was "completely unacceptable," and US National Security Adviser Jake Sullivan told CNN that if Navalny dies, "there will be consequences" and Russia "will be held accountable to the international community." ...

European leaders should discuss the situation the other day. The head of European diplomacy, Josep Borrell, said that the EU is "deeply concerned" about the state of health of the Russian oppositionist and called for immediate admission to Navalny of doctors whom he trusts.

Navalny's 20-year-old daughter, Daria, who is now studying in California, tweeted: "Let the doctors visit my father." And the politician's wife, Yulia, said that he had lost 9 kg from the moment he started the hunger strike.

On Monday, April 19, the Russian authorities announced that Navalny was transferred from the colony to a hospital for convicts.

"They won't let you die"

Meanwhile, the Russian ambassador to Great Britain, Andrei Kelin, said in an interview with the BBC that Navalny was simply trying to attract attention and that "he would not be allowed to die in prison."

“Mr. Navalny is behaving like a bully, trying to break all existing rules,” the Russian diplomat said.

The US is looking for real estate of the Russian elite: how you can help