Home In the U.S. Sea on the knee: why billionaires are not afraid to buy property in Miami Beach

Sea on the knee: why billionaires are not afraid to buy property in Miami Beach 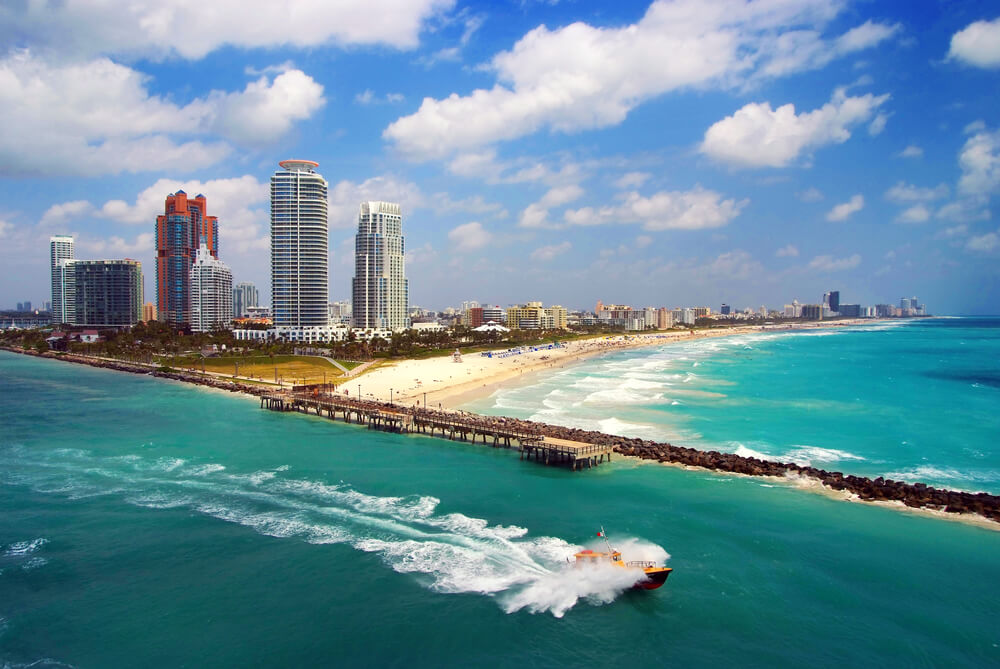 Internet portal tatler.ru talks about how in recent years, despite the threat of flooding, in Miami Beach has increased the number of transactions of sale of real estate.

Miami Beach is a narrow island, and water is everywhere there. Biscayne Bay separates it from mainland Miami, east Atlantic Ocean, a narrow bay of Indian Creek cuts through the city in the middle. Every heavy rain, from June to August, floods stretching across the entire west of Alton Road and smaller streets.

Floods in Miami Beach are a common thing, and they started getting nervous only in 2012. Local environmentalists, concerned about the purity of the water, filed a lawsuit against the district authorities. The lawyers, preparing the case, asked geologist Pete Harlem from Florida International University to draw a map of the possible flooding. He drew - everyone was scared. In his pictures, the green oblong strip of the island is gradually, year after year, becoming more and more blue and promises to turn into an archipelago of tiny islets, according to the author of the article.

One thing is unclear: How does the inevitable rise in sea level fit in with so much real estate investment? "No way!" - explains the dean of the Department of Geology at the University of Miami and South Florida Harold Wanless, who specially settled on the mainland, in the Coral Gables area.

“Developers are building without thinking about tomorrow. Which for Miami Beach may easily not come at all. We need to raise the island by at least three and two tenths of meters - in these places we all know our height above sea level, ”said Wanless.

Peter Zalewski, founder of the site CraneSpotters.com, on which it is customary to search for expensive condominiums in Florida, says that the rush on real estate that ended in 2008 year contributed to the sale of more apartments than the current one.

But in terms of the amount of money, what we see now is "the largest boom in the history of the state, it is three to four times larger than any of the previous ones." Two years ago, baseball player Alex Rodriguez sold for $ 30 million his mansion on North Bay Road, bought six years ago for $ 7,5 million. Last summer, musician Phil Collins paid $ 33 million for a house that once belonged to singer Jennifer Lopez, she in 2006 -m got rid of him for only $ 14 million.

Three years ago, a couple of leading brokers in this flourishing market - Jill Eber and Jill Herzberg (they call themselves The Jills) sold a mansion at 3 Indian Creek to an unnamed Russian buyer for $ 47 million.

Jill Herzberg herself is shocked by how much people are now willing to pay for Miami real estate. Moreover, not only in the historical southern part with its Art Deco, but also in the center and even in the suburb of Surfside, north of Miami Beach. There, the developer Nadim Ashi commissioned the eminent American architect Richard Meier to convert the pearl of the 1930s - the Surf Club hotel - into a hotel with a residential complex under the Four Seasons franchise. The first phase will be completed by the end of the year, but one of the penthouses has already gone for $ 35 million.

“When kidnappings and contract killings of judges and journalists began a few years ago in the Colombian capital Bogotá, we had a growing flow of Colombian buyers,” Herzberg explains to me. Then he adds without comment that now the main flow of clients comes to her from Argentina.

In all the years, only one client of The Jills has asked them about rising water levels. I listened to the answer - and did not refuse to buy.

“I would not like to sin on my clients. They are very developed, sophisticated people who have seen a lot in life. They just believe that Florida will somehow be able to solve all the problems with nature, ”she says.

Architect Alan Shulman is generally pleased with the problem. He says that the rising sea is just a new chapter in the epic of Miami Beach, and the meaning of human genius is to overcome.

“This city has such an economy: it has always alternated booms and falls, each of which seemed to be the end of the world. But every time the city was revived. Therefore, we must think about how to adapt it to new realities. Miami Beach is worth it, ”said Shulman.

Which apartments can be rented in Miami for $ 1500. A PHOTO

10 cities where real estate prices will soar in 2016 year

How to rent cheap housing in New York

What real estate can be bought in America for a million

The cheapest and most expensive homes in the US

real estate in the USA