Home In the U.S. 'My home is my fortress': a law in the USA that everyone living in the country should know about

'My home is my fortress': a law in the USA that everyone living in the country should know about

Many of you have probably heard of laws protecting the “inviolability” of homes in the United States and other democracies in our world. I won’t say anything about the whole world, but I can about the USA - there is such an experience, the author of the channel "How Wrong to Live in the USA" on Yandex.Zen. 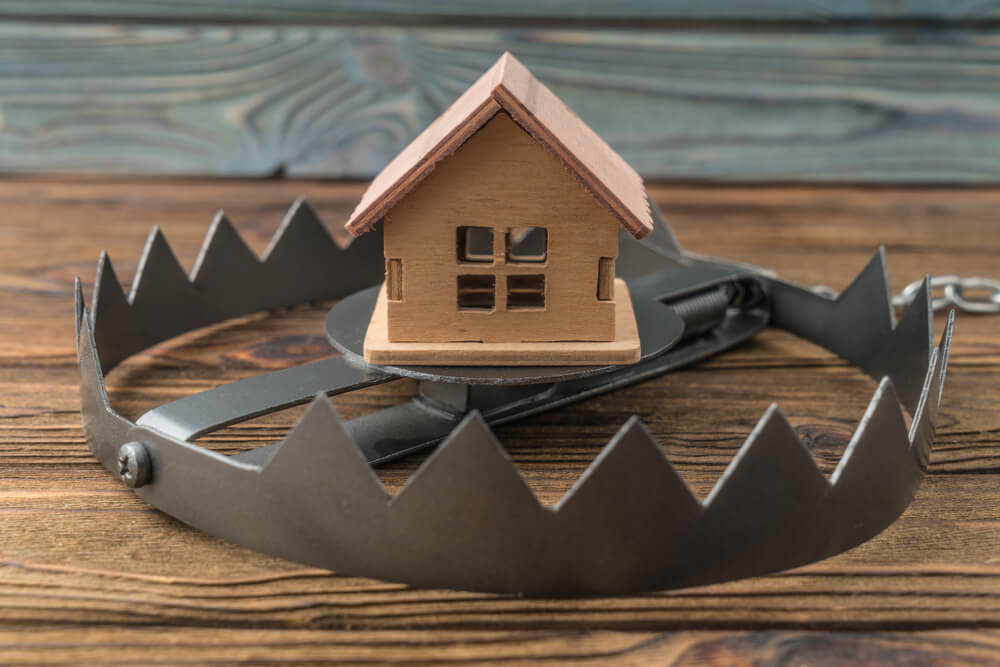 Let's start with the main tenet of this life: theory and practice are often strikingly different from each other. Sometimes these are essentially different things. Take, for example, the notorious communism. The theory and what we have experienced during the times of the USSR is heaven and earth.

To begin with, I will show you how this law looks in a wrapper - that is, on paper.

The doctrine of the fortress (castle), or the principle of fortress (Eng. Castle Doctrine) - the principle of law, stemming from Anglo-Saxon customary law. It was formulated in the Semeyna case of 1604, from which the English proverb “The Englishman's house is his fortress” (English An Englishman's home is his castle) went. Most often, the doctrine of the fortress is used in the United States, where it is implemented in the laws of most states. Some other countries have similar legal principles.

According to this doctrine, the place of residence (and in a number of states - any place that is legally occupied) is inviolable, and entering it without permission is deliberately criminal. The principle grants the inhabitant (owner) the legal right to attack the intruder by any available means, up to and including causing the latter to die, in order to protect himself, his property and other people from any attack or intrusion that could potentially result in an attack. Thus, within the framework of the legislation, the principle means that causing death to a person who illegally entered a dwelling can be justified by a court as an admissible measure of necessary defense, without the need for additional justifications for causing death.

The doctrine of the fortress is implemented in the legislation of most US states, although not in all - in some states the opposite doctrine is “retreat while you have the opportunity” (which also applies in neighboring Canada).

I translate into a language that everyone understands using an example.

I own a house, a house. Conditional, you climbed into my house, for example, wanting to profit from the collection of my soldiers (remember those in the USSR, 20 kopecks?). You were not going to harm me or even my fish in the aquarium. You just wanted to take my collection quietly. It is likely that you were going to send me a check by mail for the "Nth" amount after some time. With an apology and so on.

But I do not know your mental torment. I just got up not standing legs in the middle of the night or in the middle of the day. And met you ... in his house. I was out of sorts in advance and burned with righteous anger to a man whom I do not know at all, and even more so did not invite me to my house “at any time of the day or night.” According to American upbringing and way of life, I called the police.

The police, who arrived at the scene very quickly, found the conditional you with traces of severe beatings. You, of course, will be arrested for illegally invading my home. But they will also arrest me - under more serious articles, such as, for example, causing intentional harm to your health. I will pay the bills for your treatment. And these will not be conditional accounts at all - medicine in the USA is the most expensive in the world. No insurance companies subscribe to this.

But, if the police find a conditional corpse of you at the scene of the incident, there will be absolutely no complaints against me. None! Moreover - it doesn’t matter at all how I killed the conditional you. Either from my grandmother’s favorite revolver, or by some secret trick.

You already understood the point. Before you encroach on my collection of soldiers for 20 cents, - you will think 200 times, but is it worth it. After all, I have no reason to leave the criminal alive. I just can’t afford it financially. Draw your own conclusions.

But in real life in the United States there is a downside to this coin. I knew a man who absolutely legally shot a real sheriff in the leg, on his land. The sheriff’s motor stalled in heavy rain in the Big Sur area. This is the name of the area on highway number 1, on the Pacific coast. On this stretch of highway No. 1 there is no connection (neither radio nor mobile) for about 20 miles, in other words - he could call for help only by using a regular telephone, which the sheriff hoped to get access to from the nearest housing. The terrain is like that, just take my word for it.

Near the highway there was a land with a shack, in which this friend lived. He was poor, and he inherited the land. Nothing grew on it except weeds, and nothing was built on it. The shack was located 200 meters from the highway. And yes, the most important thing is that this same sheriff had previously put this comrade behind bars for some time (I just don't remember his term now) because he had wild hemp on his site among the weeds. Either she grew up, and he did not mow her, or he had some kind of personal intent - in this case it is absolutely not important. What's important is his good memory. The comrade remembered for a long time what this sheriff looks like.

On the subject: More than 100 Virginia cities and counties have declared themselves safe havens for gun owners

A comrade through the window of his shack, despite the downpour, noticed the sheriff’s car and reached for his rifle when he saw that the sheriff was walking along his ground to his shack. He went out onto the porch and not quite politely sent the sheriff away from his land. The sheriff did not remember him and relied on the “respectable land owner” and his police uniform.

The comrade shot at the feet of the sheriff - he still believed in the "magic" power of his uniform. In vain he believed - she did not help him. He shot both legs and called an ambulance, a fireman and the police - all according to the rules. The sheriff after trying to sue him. In those parts, it is difficult to break a tear from the jury, which are being recruited from local residents. The sheriff didn’t succeed.

Original column published on the blog. "How Wrong to Live in the USA" on Yandex.Zen.