Home Educational program Can the electors vote for Trump, despite the popular vote?

Each presidential election in the United States sparks a renewed debate about the electoral college and the appropriateness of this institution. This year, the debate is even more resonant, as Donald Trump does not recognize the vote count, and many are wondering whether the electoral college can make him president, voting against the will of the majority of the state's voters. Let's figure it out! 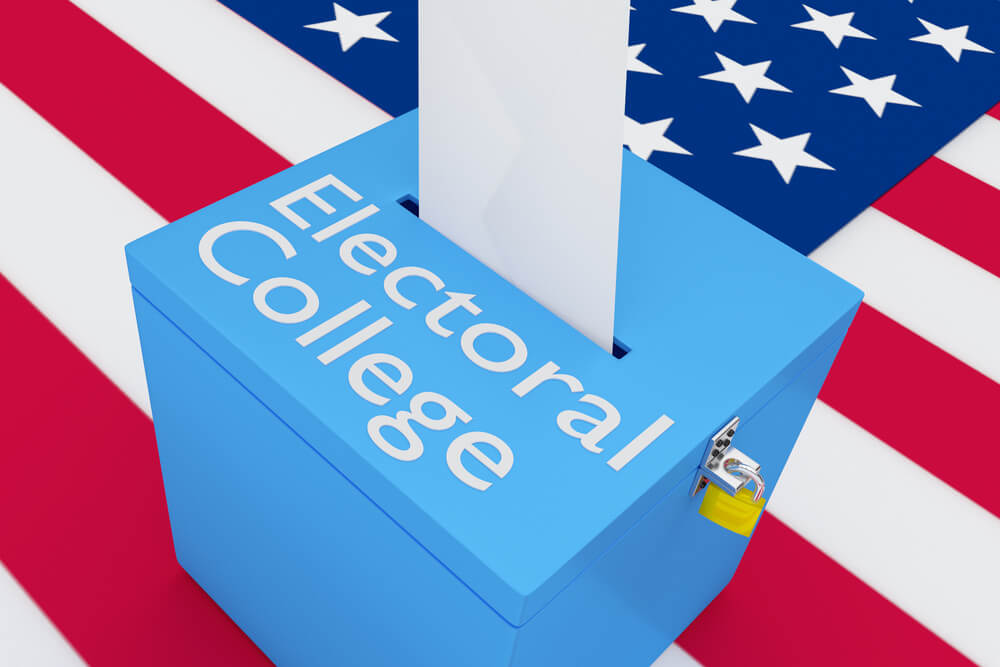 Most Democratic presidential candidates are in favor of abolishing the electoral college and want the candidate with the majority of the popular vote to become president. Their motives are easy to understand - Democrats won the popular vote in 7 of the last 8 presidential elections (1992, 1996, 2000, 2008, 2012, 2016, 2020), and the White House was not always controlled only because of the indirect electoral system and distribution of votes electors in favor of the Republican candidate.

But it's one thing when a candidate who loses a popular vote wins an election because he was able to win a victory in states with a large number of electors. And it is quite another if the electors simply “change their minds” and vote not for the candidate who won in the region.

Who are the electors and can they vote as they please

In most states, electors are elected at conventions by the state party committee or members of the party leadership. Each party elects the full number of electors that the state has. That is, for example, in California, both the Democratic and the Republican parties elect 55 electors each. They are elected over a long period of time - from the beginning of the presidential election year to several weeks before voters' voting day.

And although their names are not on the ballots, these are the people you vote for when you check the box next to the name of one of the presidential candidates. Representatives of only the party whose candidate won the region will go to the meeting of the electoral college from the state. That is, in California, based on the results of voting in the 2020 elections, the Republican electors will stay at home, and only 55 Democrats will go to the board meeting.

But can they vote however they like? The US Constitution does not oblige electors to vote for the candidate who won a popular vote in their state, but "defectors" are rare. The news tribune.

Electors usually hold leadership positions in their party or were chosen in recognition of their years of faithful service to the party, so they rarely vote "the wrong way."

Electors vote for who won the state's popular vote about 99 percent of the time. Over the past century, only 19 electors refused to be guided by the results of the universal suffrage, voting "according to conscience" for the candidate they liked.

Remarkably, 10 out of 19 did (or tried to do) this in 2016. Moreover, the “wrong” electors never changed the outcome of the elections.

32 states and the District of Columbia have laws that require electors to vote for the winner of the popular vote. However, in 19 of these states and the District of Columbia, there are no legal consequences for electoral defectors for violating this statutory duty. In 11 of these states, an inadequate vote is annulled, an elector is held vacant, and a new elector is appointed to replace the “wrong”. And in four of those states (including two of the group that annuls the vote and fires the “wrong” elector), voting for the wrong candidate is punishable by prosecution or fines.

But until 2016, no elector in US history was fined or replaced.

In Washington state, in 2016, three so-called invalid electors voted for Colin Powell to replace Hillary Clinton, violating a state's obligation to vote for the candidate with the most votes. The state fined them for disobedience, and they appealed the decision. But in May 2019, the Washington Supreme Court upheld the fines, ruling that the constitution gives the state the power to impose financial fines on electors who break their promises. Brennan Center.

In Colorado, the Democrat elector also violated his obligation to vote for Clinton, the candidate chosen by voters in that state. As a result, the elector was removed from office and replaced by those who voted for Clinton. In this case, the US Court of Appeals for the Tenth Circuit ruled against the state, ruling that it lacked constitutional authority to replace “invalid” electors.

On the subject: Who is Joe Jorgensen and why her influence on the 2020 elections could be decisive

Losers in both trials have petitioned the Supreme Court to hear their case, potentially setting the stage for the first major US presidential decision.

How a candidate loses a popular vote but wins an election

A candidate lost a popular vote five times in US history, but became president - most recently in 2016. Could Donald Trump Be The First To Do It Twice?

Much, if there is no clear winner. The strong polarization of the electorate has given rise to many scenarios, as a result of which elections could go to the House of Representatives. The lack of sanctions against “wrong” electors in most states, as well as the unequal obligations of state legislatures and executive bodies to enforce existing laws, can play into the hands of any candidate, writes Brookings.

Legislators in several wavering republican majority states, using their constitutional powers, can approve alternate electoral lists, thereby creating a voting conflict with the “true” electors approved by the state executive. How the battles for competing electoral lists unfold during the vote count may depend in part on which party controls the newly elected House and Senate.

This could happen in key states such as Pennsylvania, where the governor is a Democrat and the legislature is controlled by Republicans. Legislatures may require, for example, voter re-voting, citing fraud, resulting in certified state electors will lose the right to vote. Or they may argue that the vote count is too slow to allow the state to meet the December deadline (certifying results by December 8, electoral college meeting December 14). Undoubtedly, legal battles will begin.

Even if a winning state candidate is identified and electors are appointed, the electors themselves may break their promises to vote for that candidate. Usually the “wrong” electors do not influence the outcome of the elections. But, if the number of votes is distributed approximately equally, for example 269-269, it is quite possible that the “wrong” electors will be of key importance.

On the subject: A record number of immigrants voted in the 2020 elections: who are they and where they live in the USA

In 2020, the presence of a large number of “wrong” electors in a closed college vote could change the obvious winner or send elections to the House of Representatives.

"Wrong" electors sometimes deliberately vote so that elections go to the House of Representatives.

Democrats are 'donkeys' and Republicans are 'elephants': how the US parties chose their symbols