Home In the U.S. Apartment buildings in America: what is worth knowing

Apartment buildings in America: what is worth knowing

The number of Americans who prefer to live in a private house is really large. But there are also those who prefer living in an apartment, writes the author of the blog That American Life. 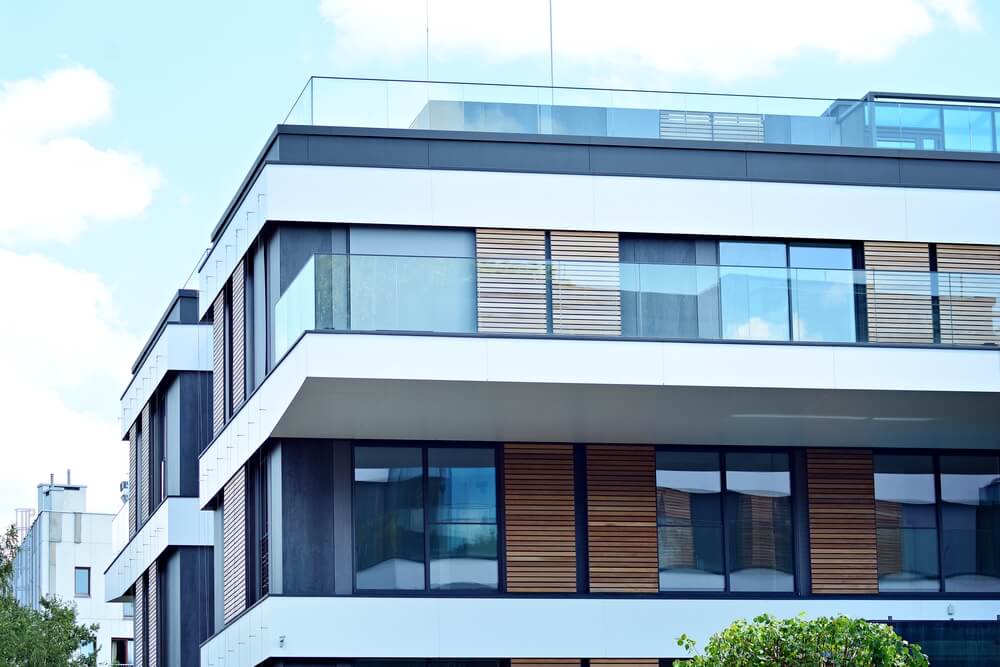 Today we will talk about this part of the US population. 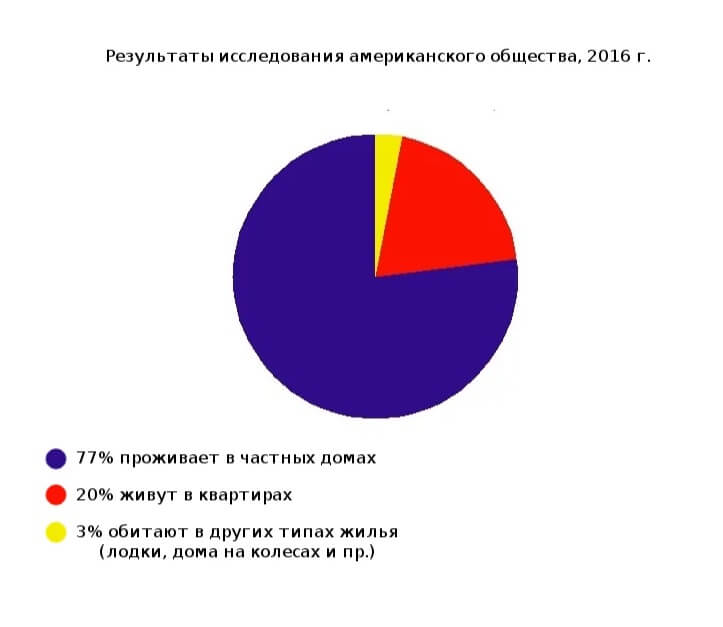 Over the past decade, the volume of construction of apartment complexes in the states has grown significantly. Experts attribute this phenomenon to several reasons.

First, many city authorities are taking measures to lure the population from the suburbs, improving infrastructure, reconstructing the streets and making them more convenient for all traffic participants, creating park areas and public spaces.

Secondly, after the crisis of 2007-2008, the population of the country has somewhat died down in buying houses, and the banks have become less willing to give loans to everyone in a row.

Thirdly, for certain categories of citizens, even with the availability of funds, the purchase of a large private house is not a profitable or convenient solution, and why - we'll figure it out further. Immediately I want to make an important remark: in the United States, apartments are mostly rented, and buying this type of housing is popular only in megacities, and even then not everywhere. 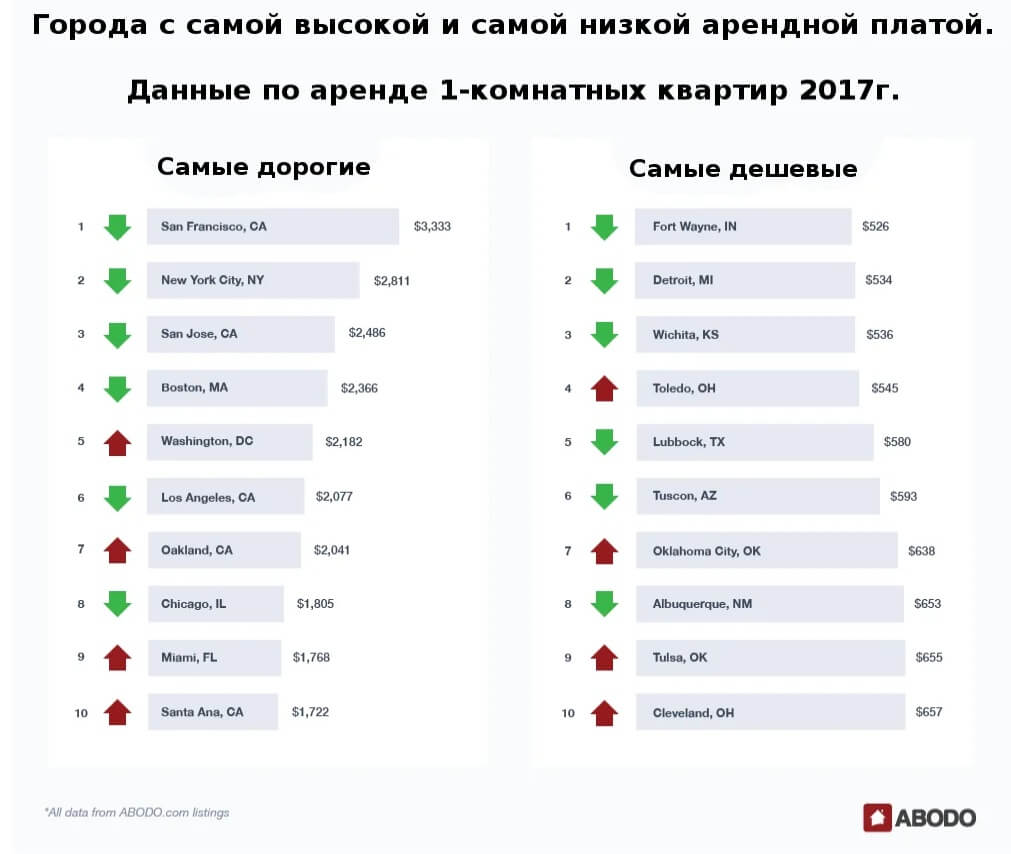 If earlier the average age of young professionals ready to start a family was 25 years, now many of them are waiting for them to be 30 in order to tie the knot. This directly affects the reduction of the desire to move to the suburbs and live in a private house. Lonely young people prefer to settle in apartments, because the life of a single-story America does not attract them as much as the active pace of the city and the opportunity to build strong social ties there.

At the same time, some Americans at the age of ~ 50, who sent their children to college, are moving into apartments, because they don’t see the point of living together in a huge private house. This part of the population, too, is starting to value in a new way the active urban life with theaters, restaurants, book clubs, which are so lacking in the suburbs.

The third main category of people living in apartments is families or lonely individuals who cannot afford a house outside the city and need affordable housing, most often near the place where they work, so as not to waste time and money on the road.

Of course, this group differs from the previous two in choosing the type of housing: while the first and second prefer luxury apartment complexes, the working class pays attention to affordable housing at more affordable prices. In many states, in order to afford renting a one-room apartment, people with the minimum wage have to pay more than 30% of their monthly income. What to say from families with children who legally need to rent (or have) multi-room housing. 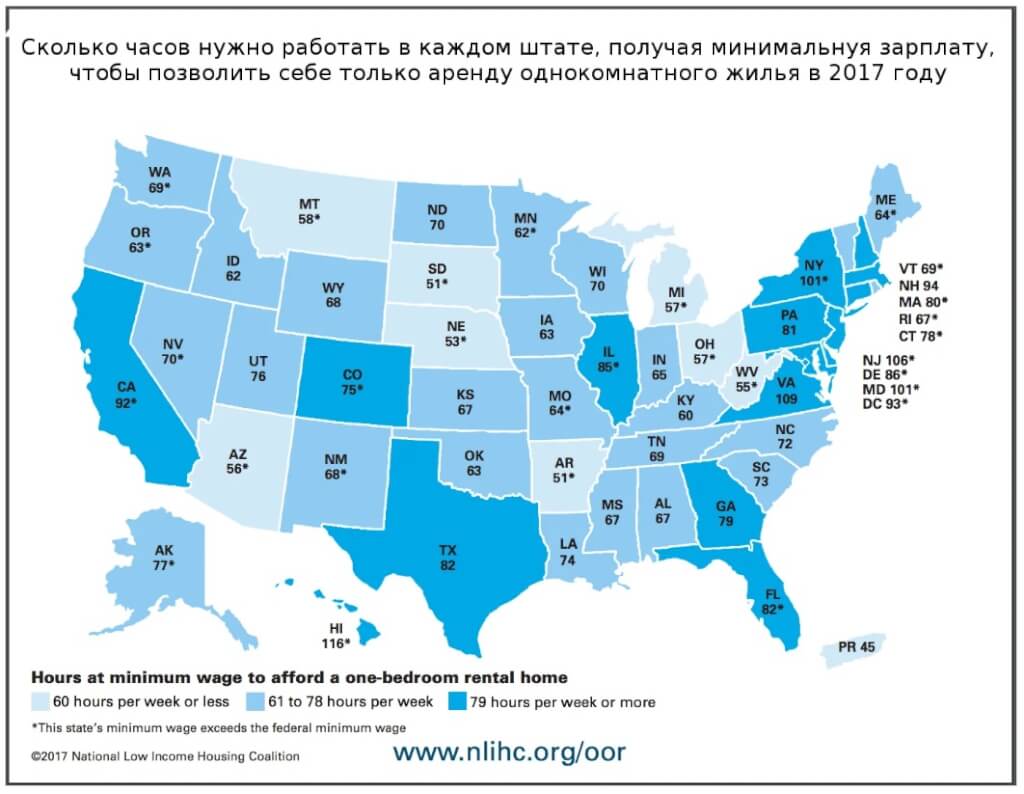 As of 2018, the median cost of renting a studio apartment in the United States was $ 951. The area of ​​such housing is approximately 50 sq.m. If you walk through some states, the median in Alabama will be $ 660, in California - $ 1, in Illinois - $ 451, in New York - $ 910, in North Carolina - $ 1. I think this data helped create a big picture. If you are interested in other states, then here full list, and in the photo below - information about the medians in some metropolitan areas (note how much the price in the city of New York differs from the state of New York, which I mentioned above). 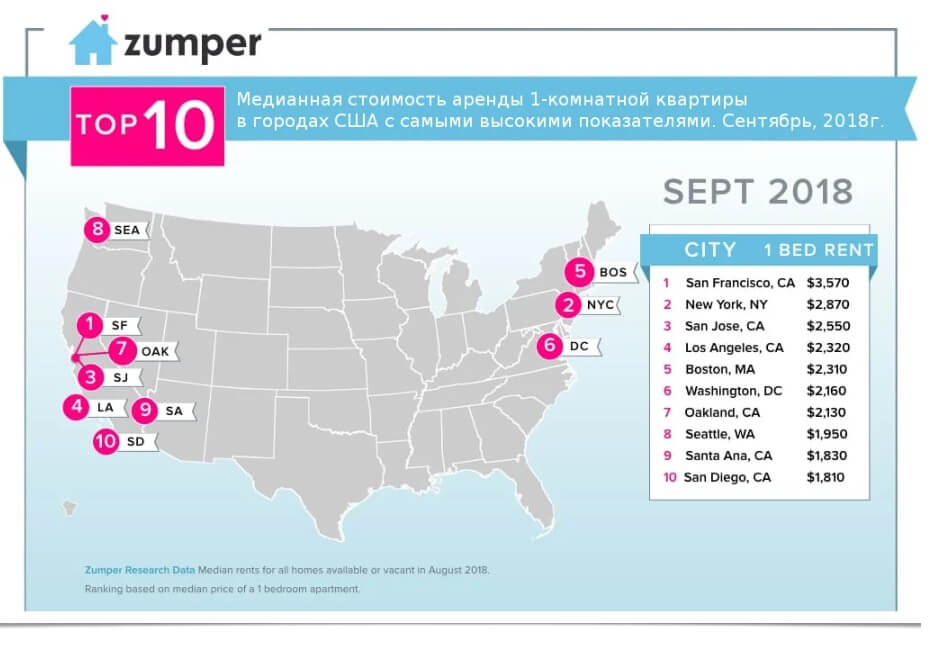 If we talk about the mass construction of the so-called luxury apartments, there is another problem: trying to satisfy the desires and needs of a specific group of the population, developers and municipal authorities do not care about others. For example, recently in my city a meeting was held about the definition of a place for the construction of an apartment complex where housing will be rented at affordable prices. Residents of some areas were against such a project being created in their place of residence, since they did not want such neighbors. These sad examples only exacerbate the division in society. But in cities where the authorities are not indifferent to this problem, they are building mixed-type complexes in which there is affordable housing, apartments of various sizes and configurations that prevent segregation.

Returning to the reasons for the popularity of apartments among certain members of society. Modern complexes (luxury and conventional) offer many additional amenities, for example, a swimming pool, gym and / or cinema, which are included in the rent and are available to all residents.

In addition, living in an apartment, you do not need to worry about landscaping, landscape design and order in the territory of the complex. The management company will do all this for you, while the owner or tenant of a private house will have to hire someone or take on such work himself.

If something broke in your apartment, again, in many cases, the management company will provide services for repairing or replacing this item (the service is included in the rent). For example, during the time I rented a flat for several years, they replaced the refrigerator, the water heater for free, and fixed the air conditioner. In your own private home, such situations are a big headache, as you need to either fix everything quickly, or look for a specialist as a matter of urgency.

And when you decide to move to a new place, it will be much easier to terminate a rental contract than, for example, to sell a house. Many tenants consider this flexibility to be one of the main positive characteristics of renting an apartment.

I am sure that supporters of living in apartment complexes will have something to add to my list, but I think that the main reasons are mentioned. At the moment, it is predicted that the positive growth of this type of housing in the market will be observed if the suburbs do not cope with the problem of their isolation, and in cities, in turn, will continue the positive trend of cooperation with urbanists, the use of effective methods of planning and developing infrastructure, as well as construction of complexes of mixed type.

Homeless in New York: who are these people and how did they end up on the street

35 proven ways to postpone for a rainy day