Home Our people 'I have half a pound of sausages and cut into slices': how Russian is lost in immigration

Author of the channel "Queen in the USA" on Yandex.Zen talks about why the Russian language in immigration often turns into a mixture of half-learned English and a half-forgotten "native" base. Further - from the first person. 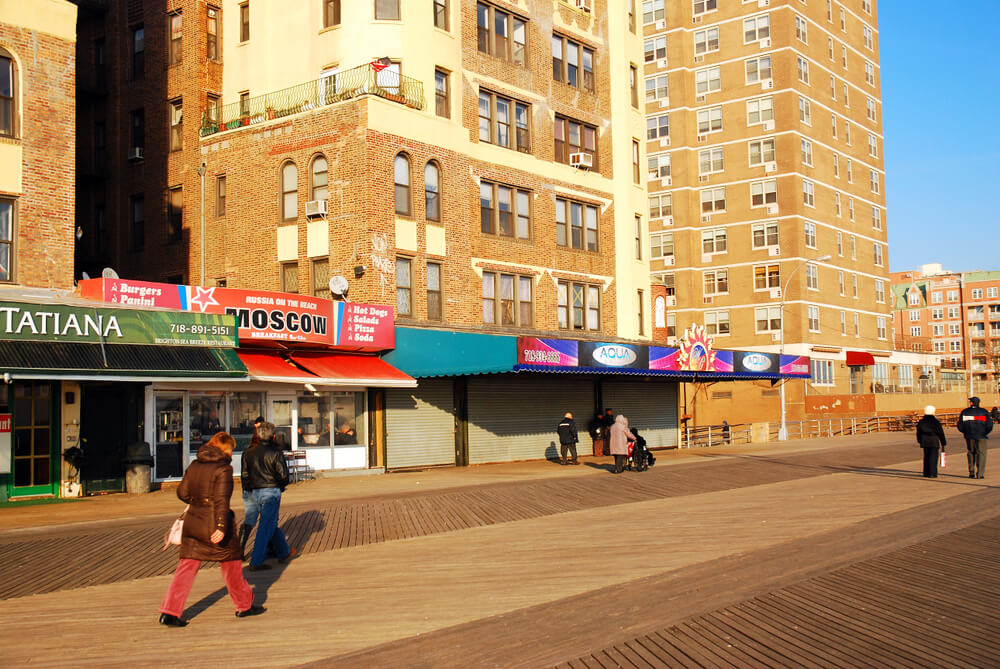 I am a fan of the Russian language. A devoted admirer and passionate lover. I love both the classical, pure language and new word forms. I am amused by the play on words, and I literally enjoy every line written in rich language.

It is clear that the demand for the Russian language in the United States tends to a minimum. Here, everyone - both the natives and those who have come in large numbers - care only about English. Some just know only him, for others it is a matter of successful assimilation.

As a result, under the pressure of the language of the environment, the native language of immigrants turns into a dirty mess of half-learned English based on half-forgotten Russian.

Why is this happening?

Our brain is arranged in such a way that if it repeatedly collides with the name of any object or concept in one language, then it is simply too lazy to look for an equivalent in its native language in the back streets of memory.

That is, if you regularly pronounce the word “appointment” when making an appointment with a doctor or to visit any official institution, then your brain in a Russian sentence will helpfully suggest that you say “appointing”. It will take seconds to remember that this is a "trick". This is a pause. For oral speech, there is a long pause.

These pauses are annoying. And this constant selection of words makes the mind work. And I want to at least speak my own language relaxed. After all, with English you need to strain constantly.

Another reason is that English words are often shorter than Russian ones. For example, a kindergarten teacher is simply called teacher. As soon as the choice arises, to say a word of two syllables ("ti-cher") or of six (vos-pi-ta-tel-ni-tsa), the brain quickly gives preference to what is shorter. And now you have not noticed how you said: "Our techer wrote a long letter today."

And then there are words, the equivalents of which have to be searched together for hours at all. For me, one of the stumbling blocks in this sense was the word “caregiver”. Super capacious. I love this word. It means any person who cares about their charge. Parents are caregivers, kindergarten teachers, caregivers accompanying children or the infirm - these can all be called caregivers. It is impossible to find a translation for him with one Russian word.

Among the immigrant environment, there are only a few of those who zealously watch the purity of their Russian. Usually people find it easier not to bother. I follow, but I cannot say that I am doing 100%.

In general, in general, due to the fact that the amount of communication in Russian is reduced, many words are becoming a liability. More and more often it is necessary to select the exact shades, to remember the word. And I've only been in immigration for 3 years. All this time I continue to read books in Russian, write articles, edit, translate and communicate at home exclusively in Russian.

And all the same, having applied to college, I called my husband and, in a hurry, said: "I started to cry, there is still pending, I have to pay the bill." Which in human terms means: "I have submitted an application, it is being considered, the bill must be paid."

Finally, a common anecdote in the Russian-speaking environment of the United States:

Aunt in the store: “I’m half a pound of that sausage. Only not pisik, but slices. And slice it thinner. Is it okay that I am with you in English? "

Original column published on the blog. "Queen in the USA" on Yandex.Zen

6 polyglot tips for self-learners of English

Some helped, others fled: how Americans are treated in Russia