Home In the U.S. Millions of US residents in 2019 can get huge bills from hospitals

The flow of unexpected hospital bills may begin to arrive in US mailboxes as early as January, if two giant commercial medical companies do not resolve the dispute over whether thousands of doctors will remain in the insurance networks of patients. 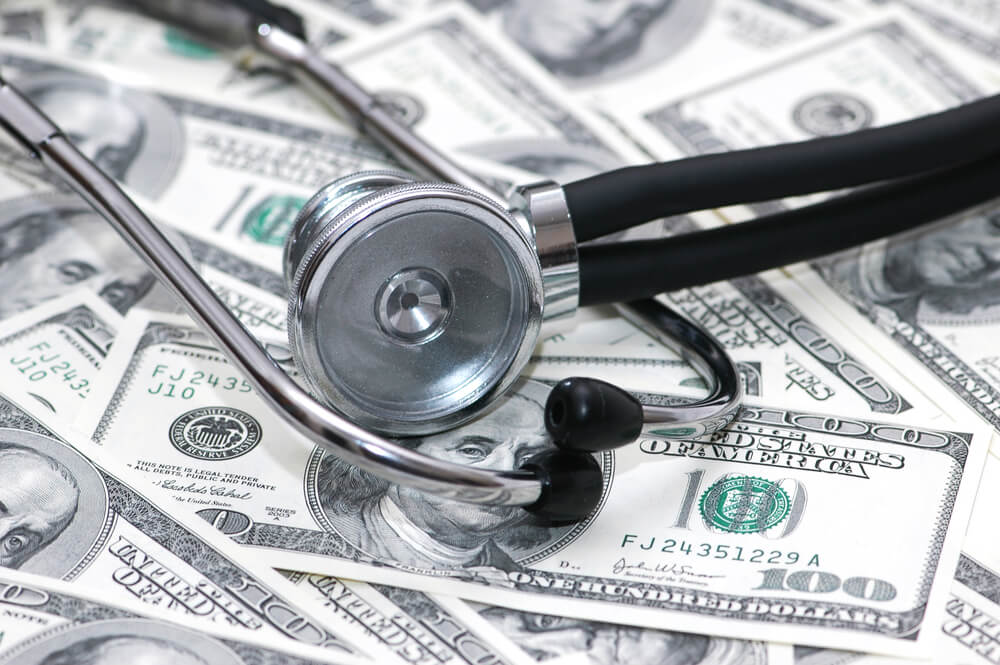 The largest American insurance company UnitedHealthcare has entered into a fight with one of the largest employers for doctors, Envision Healthcare. A large-scale battle between the two giants is leading to prices that cost the 25 services 000 emergency doctors, anesthetists and other hospital clinicians Envision, writes Time.

If the process comes to a standstill, 27 of millions of private patients at UnitedHealthcare can receive huge bills of surprise for the services of doctors, starting in January with 1, when the doctors at Envision come out of the network.

Envision has already been criticized for its billing practices in situations where its doctors did not participate in patient care plans. A Florida man received a bill in the amount of 2255 dollars from a subsidiary of Envision after in 2014, first aid after a facial injury was provided to him by a doctor who was not in the insurance network.

In another case, a California resident went to a network hospital with abdominal pain - it turned out that she needed urgent gallbladder surgery. The insurance covered the surgery, but the woman had to pay $ 4447 to Envision for two trips to the emergency room.

The judge rejected the Florida resident’s case, and the claimant and defendant in the California case are in the process of negotiation.

Confrontation comes when patients and insurers are increasingly bored with unexpected medical bills and rising insurance costs that can destroy family finances. According to a University of Chicago survey in August, more than half of Americans received unexpected medical bills. Every fifth case of a person entering the emergency department led to an unexpected bill, according to economists from the Federal Trade Commission in 2017.

Insurers enter into contracts with networks of doctors and hospitals to determine how much they will pay for the medical care of their clients. In many health care plans, patients can still visit doctors outside the insurance network, and the insurer often pays a certain part of the bill. But non-network providers may try to recover the rest of their costs directly from patients. This practice, known as invoicing accounts, angered consumers and aroused close attention from regulators.

Several states, including California, Florida and New York, have tried to limit this practice. This year, both Republicans and Democrats sponsored federal legislation that limits costs for patients in cases where hospital doctors work out of the network.

Both companies will be guilty of the blow that will hit the patients if the reimbursement issues are not settled, although both sides say they hope to reach an agreement. Although confrontation between insurers and health care providers is common, the stakes in this matter are particularly high due to the size of both companies and the fact that patients have little or no opportunity to avoid Envision doctors in an emergency. 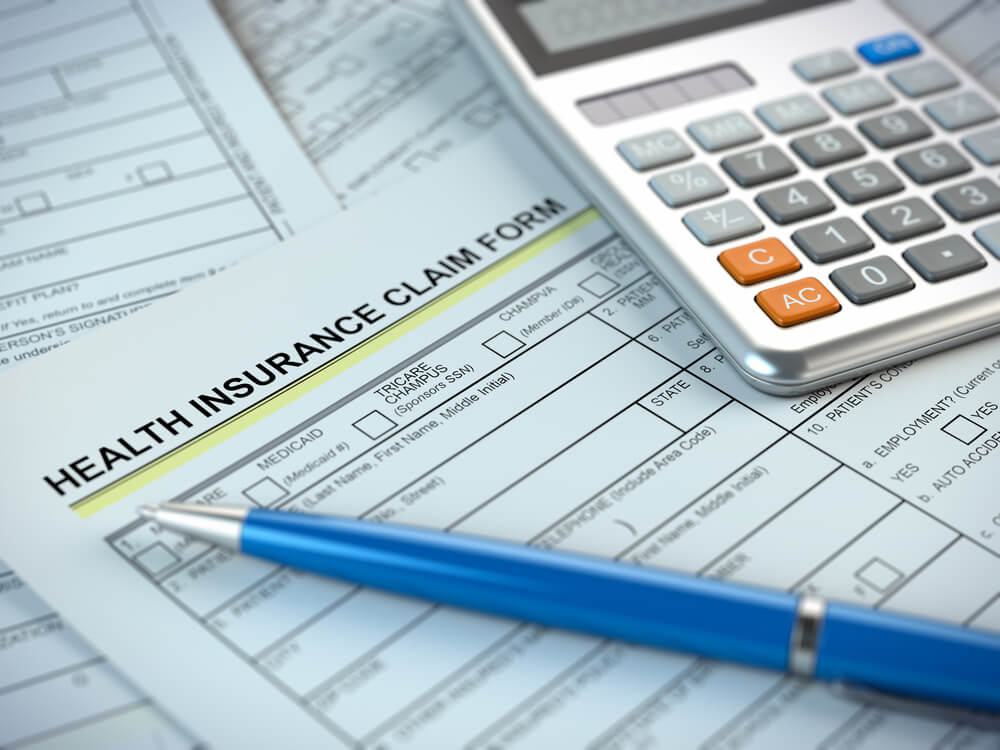 The conflict has flared up since October, when UnitedHealthcare published a letter that sent to hospitals, warning that their patients would be unhappy "because of higher costs and confusion." The company also created a website accusing Envision of “price hikes” because of the pay twice as much for emergency services.

“We remain committed to working with Envision to find a solution that will renew their membership in our network at prices that are affordable and predictable for the customers and members we serve,” UnitedHealthcare spokesman Stephen Shivinksy said in an email.

Envision blames insurers for coverage gaps that leave patients unprotected. “We just don't understand why United is interested in pushing a large group of emergency workers out of the network,” said Bob Neely, a spokesman for Envision.

Envision is one of the few large medical personnel companies that recruits emergency physicians, anesthesiologists, and other clinicians and sends them to hospitals across the country. Doctor service companies can help reduce hospital costs and send doctors to areas where hospitals may have difficulty finding qualified personnel.

The company was created as a result of a number of acquisitions, culminating in the merger in 2016 of the year with AmSurg, a major surgical center and medical group. In October, the private giant KKR acquired the combined company for 9,5 billion dollars, including debts.

Envision accounts do not depend on the hospitals where its doctors work. This means that even patients who choose a hospital in their health care plan's network may face bills from Envision doctors who are not in their insurance.

Following its merger with AmSurg, Envision is trying to shake off a reputation for aggressive billing practices that it believes is undeserved. AmSurg CEO Christopher Holden took over Envision following the merger two years ago. He promised to change course. “We are committed to moving most of our relationships into on-chain status,” he told investors in February 2017 in his first earnings report.

The roots of the dispute with UnitedHealthcare go back to 2009 in the year when a group of Florida doctors called Sheridan Healthcorp signed a multi-year contract with the insurer. Thanks to a series of acquisitions, Sheridan has become part of what is now called Envision Healthcare, and more and more doctors are under the auspices of this contract. 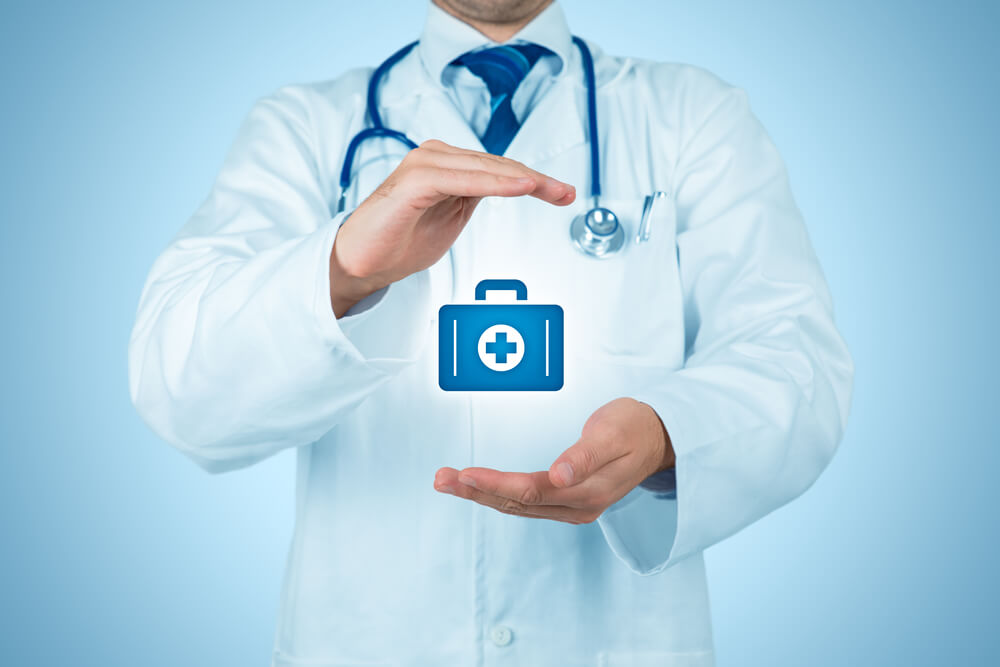 The contract surfaced in a lawsuit that Envision filed against UnitedHealthcare in March - a rare case that sheds light on what's going on behind closed doors at companies that set prices for medical services.

According to Envision, UnitedHealthcare did not pay for newly acquired medical groups under contract when Envision expanded its operations. Envision said the decision is "detrimental to patients financially, while saving UnitedHealthcare money at the expense of patients."

UnitedHealthcare argued in legal documents that "the addition of Envision and its many subsidiaries led to a radical expansion in the scope of specialties, far exceeding those originally envisaged in the contract." The insurer also accused Envision of “improper game of hide and seek” for increasing profits without proper notification of price increases. The lawsuit was sent to private arbitration, which continues today.

Price increases were part of a program for Envision and its predecessors. Agreements with large insurers were usually made for several years and “often provided for an annual increase in reimbursement rates,” according to AmSurg's annual report for 2015 a year.

An edited copy of the contested 2009 contract of the year shows that UnitedHealthcare initially agreed to pay 80% eligible costs. This is a scheme that insurers usually try to avoid, because medical companies can set their expenses the way they like. In November, after Bloomberg News inquired about the document, the companies went to court with a request to forward a copy of the contract without additional information in order to hide the contract rate agreed by the company. Both companies declined to comment on the previous agreement.

According to Ginzburg, if companies can’t reach an agreement by January, UnitedHealthcare will have to protect its customers from Envision bills because it has little opportunity to refer patients to other providers.

UnitedHealthcare said it would create a hotline for patients to report unexpected bills from Envision and advocate withdrawing these bills. Neely from Envision said the company prefers to stay online, but in any case, it expects to receive payment.

“We will continue to work with patients and then continue to seek reimbursement,” he said.

Find out how much tax you pay for 2019 year: new numbers from the Internal Revenue Service

New York opened registration at Obamacare: what you need to know

American citizenship as a gift to a newborn: why do Russians go to give birth in the USA