Home culture Melania Trump is outraged: during her husband's presidency, she did not get on the cover of Vogue, unlike Michelle Obama and Jill Biden

Former first lady Melania Trump has criticized Vogue editor-in-chief Anna Wintour for putting Jill Biden on the cover of her magazine, but didn't do the same for her when her husband Donald Trump was in office. Read more about the precedent told the publication Daily Mail. 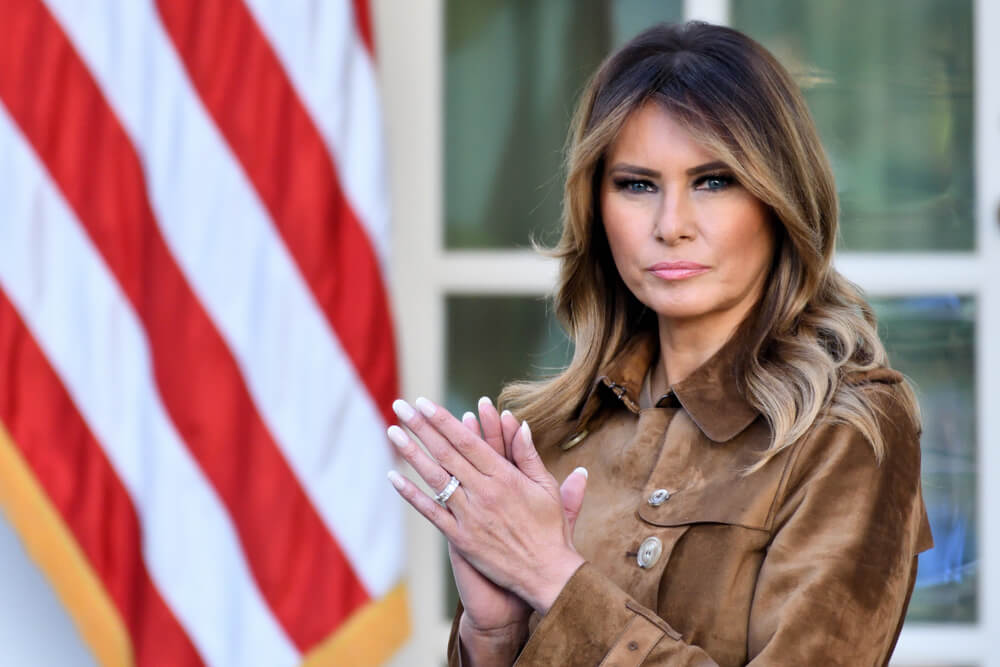 In her first interview since leaving the White House, Melania Trump said she believes the media's prejudice against her is the cause of the bias.

“We did a little research. You were the only first lady to reach the border. You did it twice,” noted journalist Pete Hegseth. How did you endure constant criticism?

“Take Vogue for example – five months after Joe Biden's presidency, Jill Biden was on the cover. Vice President Kamala Harris was on the cover even before she was sworn in. Hillary Clinton flaunted there when she was first lady. Michelle has been on the cover three times. However, with your work experience, fashion and beauty, you never landed on the cover of Vogue. Why? Double standards?" Hegseth asked.

“They are biased, they have likes and dislikes and it's so obvious. And I think the Americans and the rest of us see it all. This was their decision, and I had much more important things to do in the White House than look from the cover of Vogue, ”Melania said in response.

Although she once hit the cover of Vogue - back in February 2005: the magazine took exclusive pictures of her in a wedding dress when she married Donald Trump.

She was also offered a photo shoot for Vogue shortly after Trump took office, but turned it down when the magazine said it couldn't guarantee her a cover story, explained her former assistant, Stephanie Winston-Wolkoff.

Other conservative first ladies, including Laura and Barbara Bush, were denied the opportunity to be on the cover of Vogue magazine, sparking accusations of liberal bias.

On the subject: Scandalous memoirs: the former head of the Pentagon said that Trump wanted to shoot demonstrators in the streets

Five years prior, she had posed nude for the cover of British GQ when she was still known by her maiden name Melania Knauss.

She was on the cover of Vanity Fair Mexico for February 2017, although the story and photos were recycled from a profile posted to GQ in April 2016. Both editions are owned by the same parent company as Vogue, Condé Nast.

Wintour never explicitly said that Mrs. Trump would no longer be on the cover, but she hinted that she was not interested in it.

The honor of appearing on the cover was given to her predecessor Michelle Obama three times: first in February 2009, less than a month after President Obama's inauguration, then again in 2013, and finally in November 2016.

The only other first lady to appear on the cover before Michelle Obama was Hillary Clinton in 1998.

Photographing for the pages of the magazine has become a kind of tradition for the wives of presidents, which began with Lou Henry Hoover in 1929.

Melania's absence has angered Trump and Republicans throughout his presidency.

Trump regularly criticized the magazine for not photographing his wife.

Weeks before he was scheduled to leave the White House, the then president expressed his outrage by tweeting a comment from right-wing publication Breitbart calling "elitist snobs in the fashion press" and then Trump adding that Melania is "the greatest woman of all time."

Melania's absence from the cover hurt the president, who often remarked that his wife was overlooked, especially when compared to Michelle Obama, who has been on the covers of numerous magazines including Glamour, Elle, O The Oprah Magazine and Essence.

Melania once appeared on the cover of Vogue, back in 2005, shortly after she married a billionaire, but Anna Wintour, who has been an outspoken critic of Trump and his administration, suggested in 2019 that she no longer be published.

Then Melania's former press secretary, Stephanie Grisham, hit back by saying that "being on the cover of Vogue doesn't define Mrs. Trump," elaborating that she "was there, did it, long before she became first lady."

When VP Kamala Harris appeared on the cover of the magazine in January 2021, it was not without controversy after the magazine made a last-minute decision to replace her chosen image with another photo.

Harris' debut for the magazine sparked outrage, with social media users lashing out at Vogue and Wintour, accusing them of "lightening" the VP-elect's skin in images.

Despite the backlash, Harris said she hopes the cover will serve as an "inspiration" for people of all genders, races and ages and demonstrate that "your dreams are achievable."

A few months later, in August 2021, Jill Biden also featured on the cover, with lengthy text praising her as “a goddess and multiplier of joy.”

The issue featured a 6000-word text about her, as well as some gorgeous photos taken at the White House by celebrity photographer Annie Leibovitz, who also photographed former First Ladies Michelle Obama and Hillary Clinton as they posed for the magazine's covers.

The lyrics describe Jill Biden as "joy multiplier", "goddess", "motivated, tireless, popular, but also someone who reminds us of ourselves" and "very stylish, even in jeans and a cashmere sweater over a dress she looks perfect ".

Her appearance on the cover of the magazine showed she was following in the footsteps of her close friend Michelle, who posed for Vogue three times during her husband Barack Obama's presidency, infuriating Donald Trump and Republicans who questioned why Melania never received the honor. during her tenure as First Lady.

In addition, Melania Trump criticized the Biden administration for the lack of infant formula across the country.