Home At home A mother of three children from Kazakhstan died during bungee jumping: she and the instructor did not understand each other

A mother of three children from Kazakhstan died during bungee jumping: she and the instructor did not understand each other

A mother of three children jumped from a height of 25 meters and died in a terrible crash on the "free fall" bungee jumping attraction, reports New York Post. 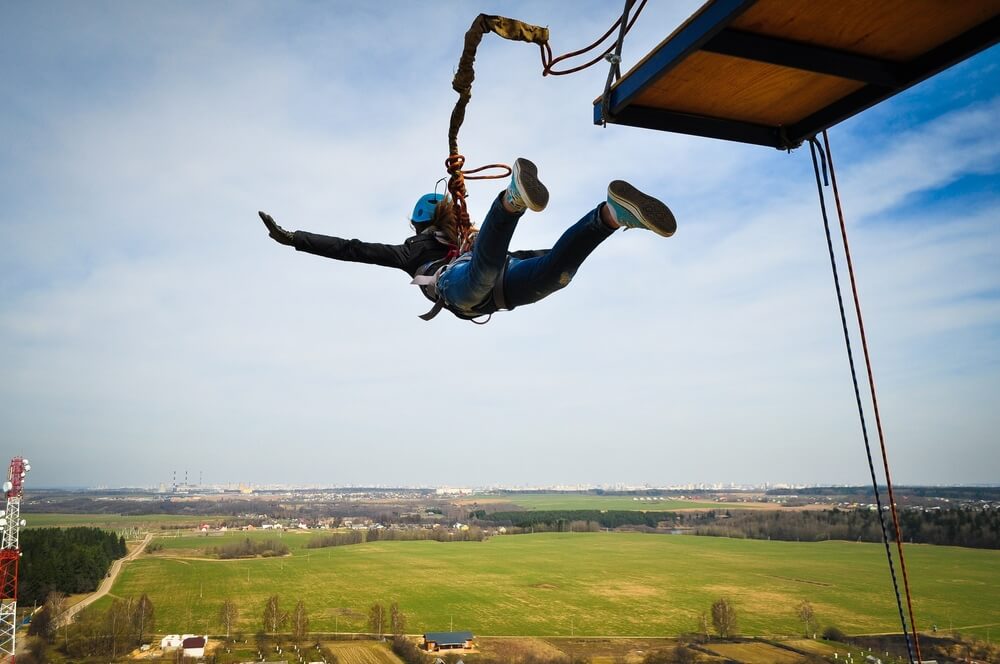 A thrill-seeking mom of three fell 25 meters and died after she jumped off a building without a properly secured rope due to a misunderstanding of the instructor's command.

“Despite lengthy medical measures, the patient has died,” a local health official told East2West about the horrific incident that took place on October 10 in Karaganda, Kazakhstan.

In disturbing amateur footage, 33-year-old Yevgenia Leontyeva is seen on the roof of a hotel preparing to take part in a "free flight with a rope," a bungee stunt created by the late Dan "Master of Gravity" Rosman in Yosemite National Park in California in the 1990s.

A man can be heard saying “I love you” off-screen as Leontyeva, who was reportedly an experienced jumper, buckled her seat belts. After a short countdown, she jumps off the roof.

However, the attraction, which was supposed to be entertainment, turned into a tragedy. The woman falls to the ground with a terrifying sound as frightened spectators, including her friend who was supposed to jump after her, scream in shock.

According to East2West, before the ill-fated leap, Leontyeva and her friend published the posts "Live" and "We are going to fly" on social networks.

On the subject: More than 2050 billion people will face water shortages by 5 due to climate change

The accident happened when a woman was allowed to jump before the organizer could tie her safety rope to a tree, the agency said. Instead, he held a lifeline in his hand as she dared to jump.

As a result, Leontyeva fell to the ground from a height of 25 meters. Meanwhile, the force of her fall knocked down the structure that held the rope.

“The patient was operated on,” said a local health official. "The craniotomy was performed and the hematoma was removed."

Despite her best efforts, Leontyeva died from her injuries.

Authorities are investigating her untimely death on suspicion of "negligence" by an extreme sports company.

However, if convicted, the organizers will have to serve a maximum of 40 days behind bars.

This is not the first death. In July, a Colombian bungee jumper fell and died after jumping off a bridge without a cord being fastened due to a communication failure.

Two Nobel Prize winners did not believe their happiness: they decided that they were being played