Home In the U.S. Martin Luther King Jr. is not the real name of a fighter for the rights of African Americans: a fascinating story about how and why he changed it

Great names are accompanied by great deeds. So perhaps Michael King Sr. knew what he was doing when, in 1934, he made an important change. Or rather two, reports USAToday. 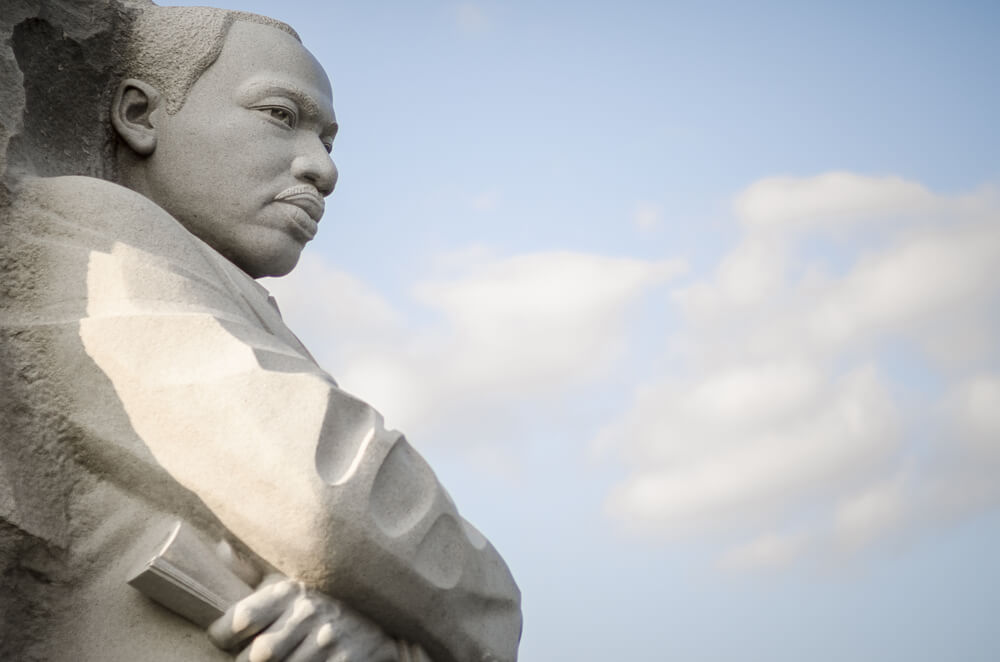 But a name change is worth thinking about. It says a lot about the man, the values ​​of his family, and the wider meaning of what he has done.

“Symbolically, it has meaning and gives his name a certain amount of historical weight,” Parr said.

Martin Luther - the real Martin Luther (1483-1546) - was, of course, the founder of the Protestant church, the German priest and professor of theology who initiated the Protestant Revolution. The Baptist sect, one of its branches, was a denomination of King Sr. and Jr., one of whom succeeded the other as pastor of the Ebenezer Baptist Church in Atlanta.

Luther was a rebel. “Here I stand, I can’t do otherwise,” is his famous phrase.

In the very name - Protestant - the word "protest" is embedded. His church valued individual conscience, opposing the oppressive power that was the Catholic Church in the 16th century.

On the subject: After 77 years, the traitor of Anne Frank is established: he handed her over to the Nazis, saving his family

In the days of the MLK, racism was the repressive structure. And he fought it with marches, speeches, sit-ins. He was arrested, his supporters were beaten. But he refused to budge. "Here I stand."

It is likely that King Sr. - "Papa King" - learned about the history of Martin Luther and his determined personality during a 1934 pilgrimage to Germany, the country where Luther was born. It was a significant trip.

That was the year he and his son were rebaptized—unofficially, in the case of a boy—into "Martin Luther."

“After he went to Europe, he changed his name,” said Robert H. Robinson, a deacon at Mount Olive Baptist Church in Hackensack, who has been involved in church celebrations of Martin Luther King Jr. Day for many years.

The trip to Germany had other consequences for both father and son.

MLK is more than just an American civil rights activist. He is as universal a hero as Gandhi: a Nobel Peace Prize winner, a man honored with statues in countries he has never been to.

His program was global: in his life he addressed issues such as war, world poverty and class exploitation.

“Dr. King fought for the people, for what was happening in the world,” Robinson said.

This understanding - that injustice was a global problem, not limited to the streets of Atlanta and Birmingham - also has its roots in Pope King's 1934 trip to Europe. It culminated in the fateful Fifth Baptist World Congress in Berlin.

"They brought together all the international aspects of the Baptist church," said historian Claiborne Carson, director of Stanford University's Martin Luther King Institute for Research and Education and author of The Martin Luther King Jr. Encyclopedia.

“And, of course, many blacks in the US were Baptists,” Carson said. “There was a delegation of black ministers.”

There is a reason why African Americans have historically been drawn to the Baptist cult.

In most churches, Carson notes, ministers are appointed by the authorities. But the Baptists allowed each church to choose its minister, regardless of education or experience.

“Come to think of it, for blacks, simply appointing a white priest wouldn’t give them much independence as a church,” he said.

“In a Baptist church, you didn't have to go to a formal seminary or have degrees. You may have been taught by another minister, like King's father and grandfather. The job did not depend on the white man,” he adds.

This policy had far-reaching consequences. It was only natural that the Baptist Church became the center of black free speech. And also a place of protest - as civil rights became an increasingly important issue in the 1930s, 40s and 50s.

Racism in America would hardly be news to the Reverend Martin Luther King Sr. But when he came to Germany in 1934, he saw something more.

In Mein Kampf, Hitler praised the Americans for "excluding certain races from the naturalization process." He now proudly imitated this policy in Germany.

In March 1933, Berlin removed Jewish doctors from their payroll. In July, the Denaturalization Act abolished the citizenship of naturalized Jews and "unwanted persons".

So racism - not as an American problem, but as a global problem - was on everyone's mind. It is in this spirit that the Fifth World Baptist Conference adopted a resolution. It was a determined position: their version of Martin Luther's 95 Theses.

"This Congress condemns and condemns as a violation of the law of God the Heavenly Father any racial hatred and any form of oppression or unjust discrimination against Jews, people of color or subject races in any part of the world," the resolution said.

Was King Sr excited about all this? Certainly, as Robinson said. The whole point of a Baptist conference is to set people on fire.

“That's what the conference is for,” said Robinson, who has traveled to many events over the years in Detroit, Atlanta, Philadelphia and many other places. “Usually they last four or five days—classes in the afternoon, sermons in the evening.”

“When you drop these conventions, you will be ready,” he said. If you go to a conference and don't come back inspired to do your work, you're in trouble. Some of these conferences are so powerful that they will make you change.”

Like changing his name to Martin Luther King. It was a gesture to the great world church of which he was a part, and also to issues of equality, which he could see for himself were world problems.

In Berlin, Parr said, King Sr. saw the growing threat of Hitler. But he also saw something else, embodied in the conference.

“He saw that parts of German culture aspired to be the opposite of what Hitler was describing,” Parr said. In short, he witnessed how a minority did everything possible to restore balance in their country. When he returned to the states, King Sr. really tried to create social change in Atlanta by emphasizing desegregation. All this time, the young and impressionable MLK was watching and drawing conclusions.”

In fact, King Sr. was instrumental in organizing the sixth convention of the Baptist World Alliance in 1939 in Atlanta.

In later years, King Jr. had mixed feelings about his German namesake.

Martin Luther also had another side. The German priest himself was a fanatic who persecuted the Jews and approved of the death of heretics. It wasn't until 1957, long after he became famous, that Martin Luther King Jr. finally got around to changing the name "Michael" on his birth certificate.

“The opinion of M.L. was that, although the German theologian showed courage in rebelling against the Catholic Church, he did not care enough for the common people of his time,” writes Parr in his book The Seminary.

“ML avoided comparisons,” Parr said. "Instead of accepting any similarities, he chose to focus on the differences."