From lemonade stands to large enterprises, child entrepreneurship can take many forms. No matter what interests your child is inclined towards, creative thinking and problem solving are invaluable skills that can lead them to the top of a business empire. USA Today. 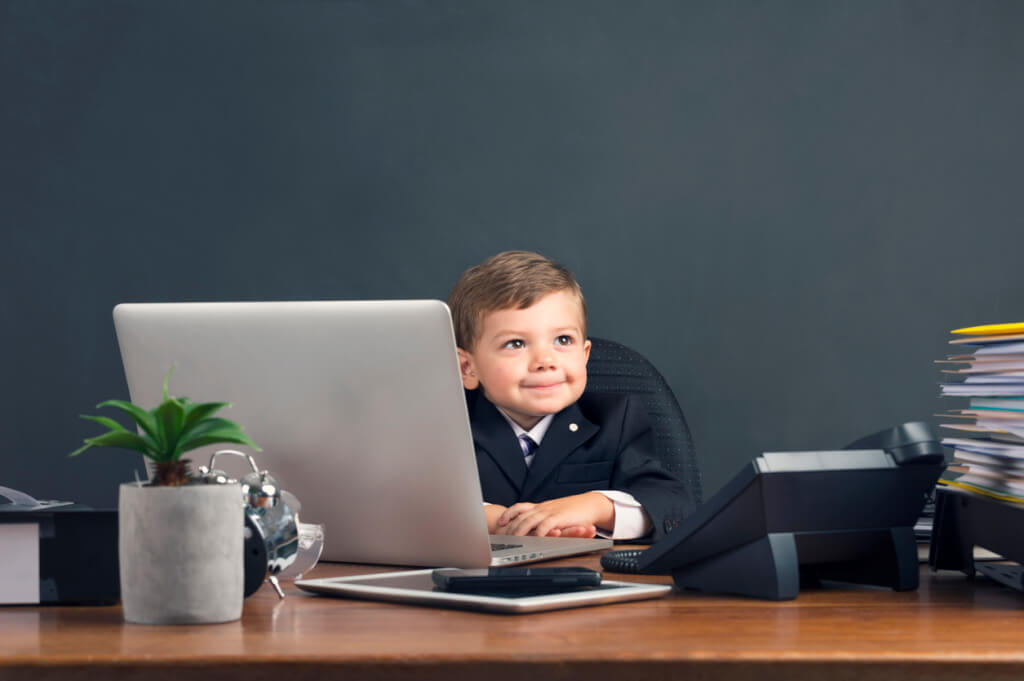 “Entrepreneurship requires both resilience and curiosity,” says Meredith Meyer Grelly, assistant professor of entrepreneurship at Carnegie Mellon University's Tepper School of Business. – Fortunately, these are useful qualities for all of us, whether entrepreneurs or not. Thus, we can develop these traits in our children, regardless of their future path. If we can help children develop a curiosity about their world and, in particular, a willingness to immerse themselves in the frustrations or frictions they themselves will face, they can find a way out.”

While attending a school dance, preparing for a big game, or preparing for a driver's license may be typical teen activities outside of class, some preteens turn passion into profit.

These four mini-tycoons began to encourage other young people to jump on the entrepreneurial train.

As a child, Ryan Hickman was especially bothered by garbage. So much so that he decided to take action. “My dad took me to a recycling center when I was about 3 years old and I really enjoyed it,” Ryan recalls. “I convinced all of our neighbors to start recycling, and it just took off. Here in California we can cash out bottles for 5 cents a bottle, so I was excited to make some money and save the planet.” By age 7, he founded Ryan's Recycling Company, which recycled over 1,6 million cans and books.

On the subject: Seven facts about starting a business in America that many are not ready for

These days, you can see him speaking to school audiences around the world, spearheading beach cleanups, giving on-camera interviews, and running Project3R, a non-profit recycling and environmental education organization. In addition to speaking in South America, Hickman also plans to join scientists on a research trip aboard a submarine in the Mediterranean off Spain.

“Starting your own business is not that difficult when you have people around you who support you,” says Ryan. “I expanded my business from my area to several cities, and that's only because I took it step by step and didn't get frustrated when problems arose. It can be baby steps that will grow over time.”

Ryan's father, Damion Hickman, is impressed by his fearlessness in front of the camera and ambition. “I handle some parts of his business, such as his taxes and money management, but he is involved in all of this,” says the father. “I think it’s important for him to know as much as possible about the scale of the business.”

In 2017, when she was 7 years old, Kamaria Warren noticed the lack of images of racial diversity on children's school supplies. Her solution: Brown Girls stationery.

“We started with one character for her party invitations and then started brainstorming ways to make money,” says Shaunice Sasser, Kamaria's mother. “This was originally intended to solve our problem of not being able to find a dark-skinned character with curly hair.”

Selling online at sites like Shopify and Faire Marketplace, as well as at local events, her merchandise includes backpacks, t-shirts, notebooks, blankets, shower curtains, umbrellas, and party supplies for girls of color. Several designs feature girls with disabilities and disorders such as vitiligo. “I knew I wanted to create something that I could be proud of and that other kids could be proud of,” Kamaria says. “I wanted to make something that they could wear, that would bring out themselves.” Kamaria is working with her mom to launch a line of educational materials such as bulletin board borders and classroom decor.

She is also launching a second business, Stylish Brown Girls, a line of premium eco-friendly luxury handbags for teens.

Ariella Meisner's deep passion for fashion began at the age of 6 when she started sewing. By the time she was 9, she was dyeing clothes on the roof of her family apartment. “I soon realized that I had turned my passion into a business when I received hundreds of requests for custom products,” she says.

Ariella soon found herself at board meetings with leading designers. “At the beginning, they asked me questions about my collection and gave me advice,” she says. “Now when I go to meetings, I am confident enough to present my ideas and lead discussions. I think it's very important to be confident in your vision, as well as listen to other people's ideas and be open to feedback."

Soon enough, she began to organize pop-ups at Bloomingdale's and other large stores. Walmart asked her to design a collection for teens, and she was the youngest designer at New York Fashion Week in 2019. "It's an amazing feeling to see girls wearing my clothes all over the world and to have such a big company believe in me and my design abilities," she says.

Deb Meisner, Ariella's mother, has this advice for parents of future young leaders: “First, make sure you encourage your child to do what he really loves. Starting a business is a lot of fun, but it's also a lot of work." “Second, ask for advice and be open to learning. We have all learned so much since Ariella launched Theme,” says Deb.

Five years ago, the four Billingsley brothers — Joshua, Isaiah, Caleb and Mika — had no idea that sharing their homemade, all-natural gourmet cookies with their community would change their lives. Today, a one-year-old business partner, Brother Andrew, has joined the company and has been featured on The Drew Barrymore Show and several news outlets. Yummy Brothers biscuits, plates, drinks and dog treats are sold in major cities around the country.

They ship their cookies in flavors including Lemon White Chocolate, Snickerdoodle, and Classic Chocolate Chips to every state in the US.

“Everyone in town started talking about cookies,” Caleb says. “Orders for cookies came from left and right. We couldn't go anywhere without people asking for cookies."

The reaction was so great that the brothers decided to launch KidPreneur Expo, an online community focused on helping others start their own businesses. The cookie empire was invented by the brothers, but the whole family got involved: the recipes were invented by their great-grandmother, grandmother and mother. And their dad, Greg, who is also an entrepreneur, came up with the name.

Mika says that he enjoys working alongside his parents and siblings. “I travel with the whole family and enjoy customer feedback when they eat our cookies,” he says. “It's just great.”

The White House will write off $ 10 thousand student loans to all debtors: the poor will be canceled even more