Home Our people California authorities are ready to invest millions: how the Ukrainian created a unique playground in the United States. PHOTO, VIDEO

California authorities are ready to invest millions: how the Ukrainian created a unique playground in the United States. PHOTO, VIDEO

A place where children and adults, physically healthy and people with disabilities can play: blind, deaf, children with autism. The first such site appeared in California 4 years ago. 25 thousand people visit it monthly. Local authorities have already allocated tens of millions of dollars for the construction of such sites. And the Ukrainian - Elena Villarial came up with and implemented the idea. 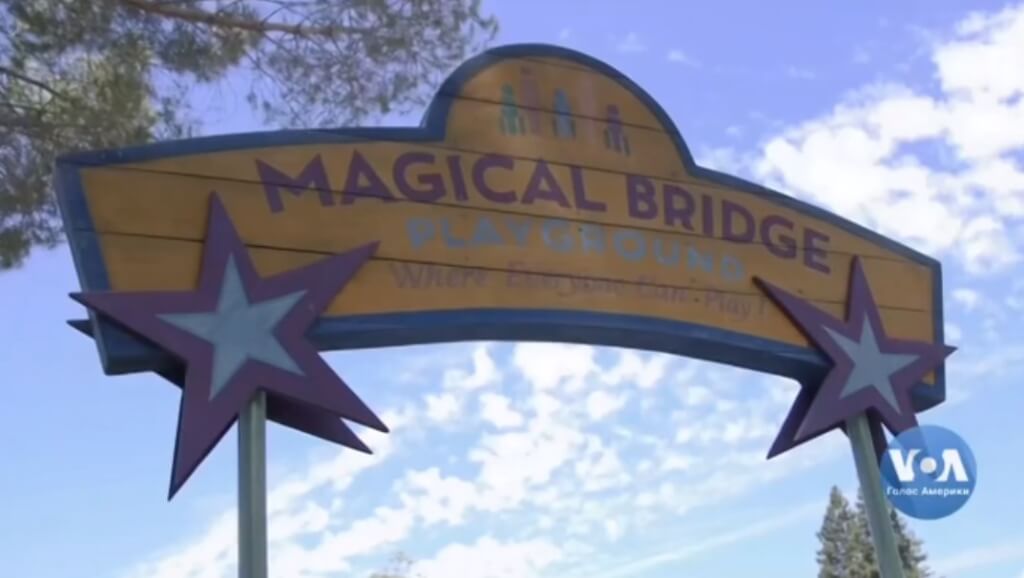 He initiated the creation of this playground, carried out organizational work, assembled a team of like-minded people and millions of dollars in donations from an American of Ukrainian descent Elena Villarial. What inspired her and what is special in the magical site she created, tells Voice of America. 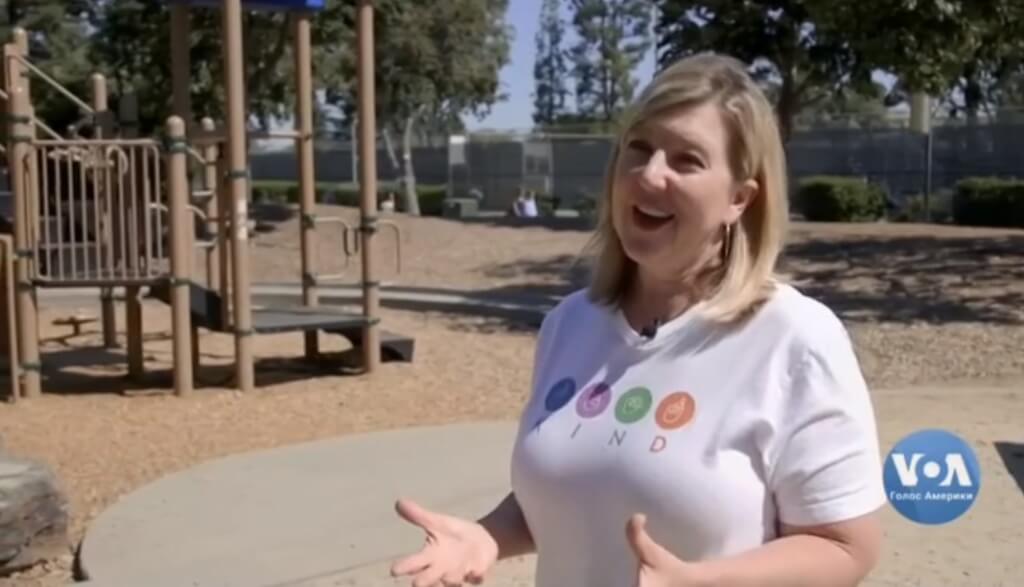 Under US law, every playground must be suitable for children with special needs. However, builders often fulfill only the minimum standards: for example, wheelchairs get stuck in sawdust, and on the hill in children with physical disabilities instead of positive emotions arise opposite.

“They either sit and watch how everyone walks and play around them,” says Elena, showing the usual playground, “or they are trying to drag themselves upstairs - but it’s practically impossible.” 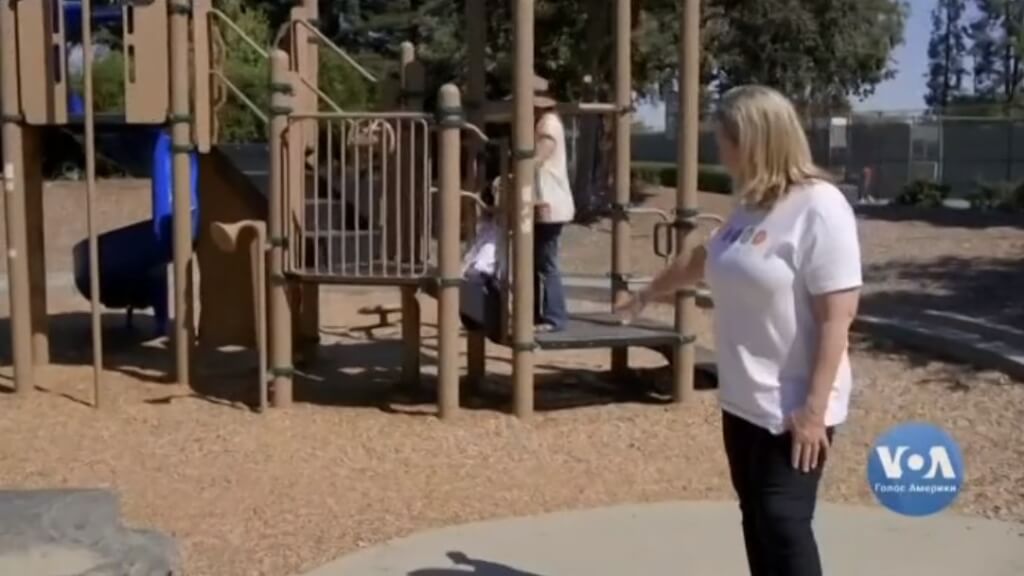 Therefore, the woman, not finding a site where her two children could play, went to the city council of Palo Alto. Officials admitted: there is no such construction in the city. They agreed to allocate a land plot for free, provided that Elena finds a way to build such a site.

On the subject: How Ukrainian helps Americans cope with the effects of hurricanes

Elena assembled a team of like-minded people and after 7 years of project development, negotiations and fundraising, the Magic Bridge platform appeared - Magical Bridge Playground. This is how the site was opened:

7 years ago, a resident of the city of Palo Alto, Ukrainian Elena Villarial, took her two daughters to the playground. The youngest, Eve, was born special, so the girl needs special conditions. According to Elena, the girl was born with problems, so far no one can say what is wrong with her. Eve needed to move, but ordinary playgrounds were not suitable for this - and often posed a danger.

The magic bridge, through which visitors get to the site of the 21 century, is made of wood. This tree is specially processed and equipped for children who do not see, or they have autism: everything is done so that there are as many opportunities for touch, because for them it is very important. 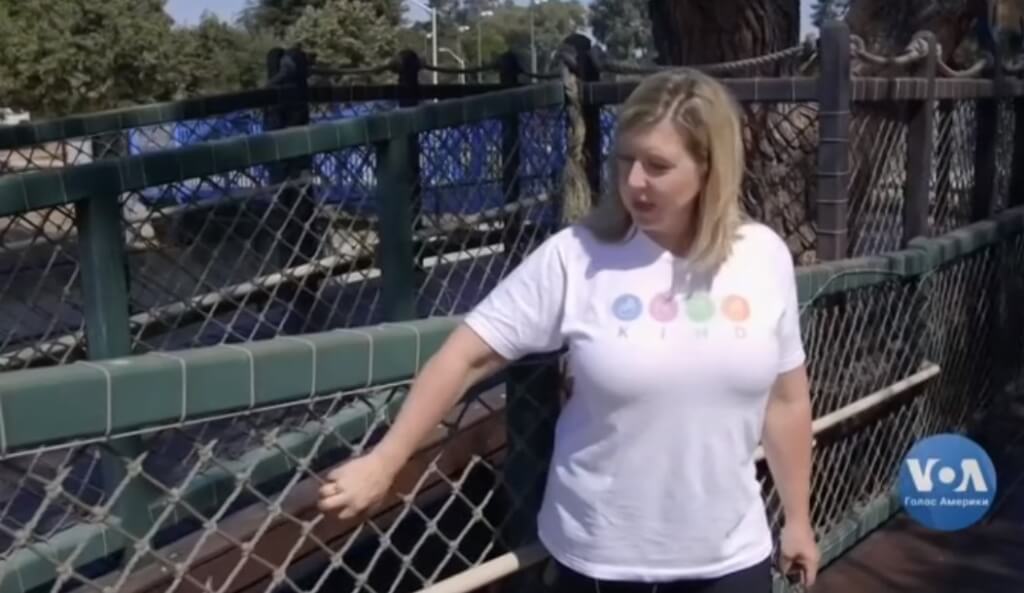 There is a house on the hill. Such houses are usually made for children. Elena wanted to make sure that mom, dad, and grandmother all could get together in it. 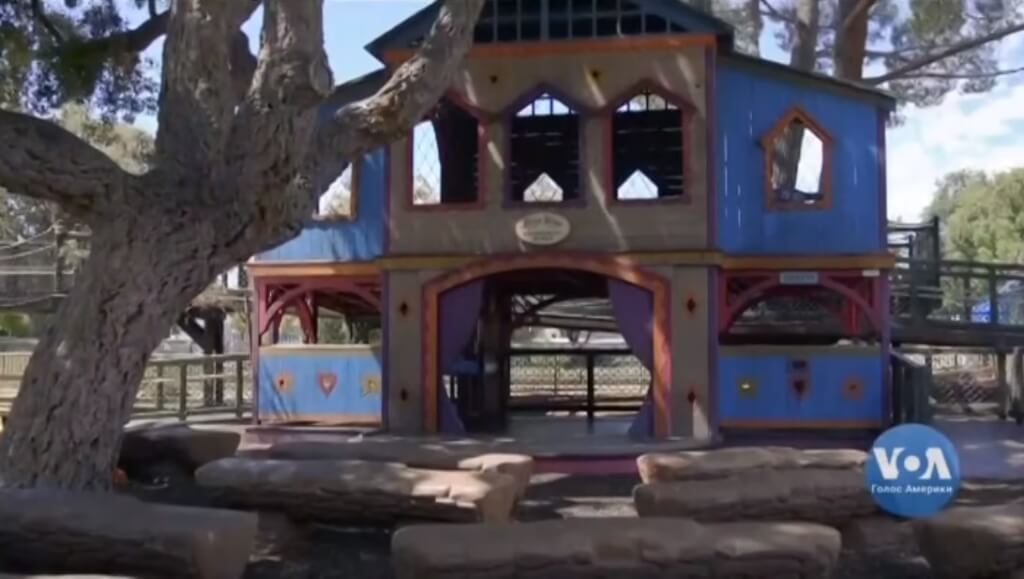 Elena shows a place for the blind. When you go to him, you hear water. Every 30 minutes the sounds change: as if you are walking on water, snow, fallen leaves or on ice. 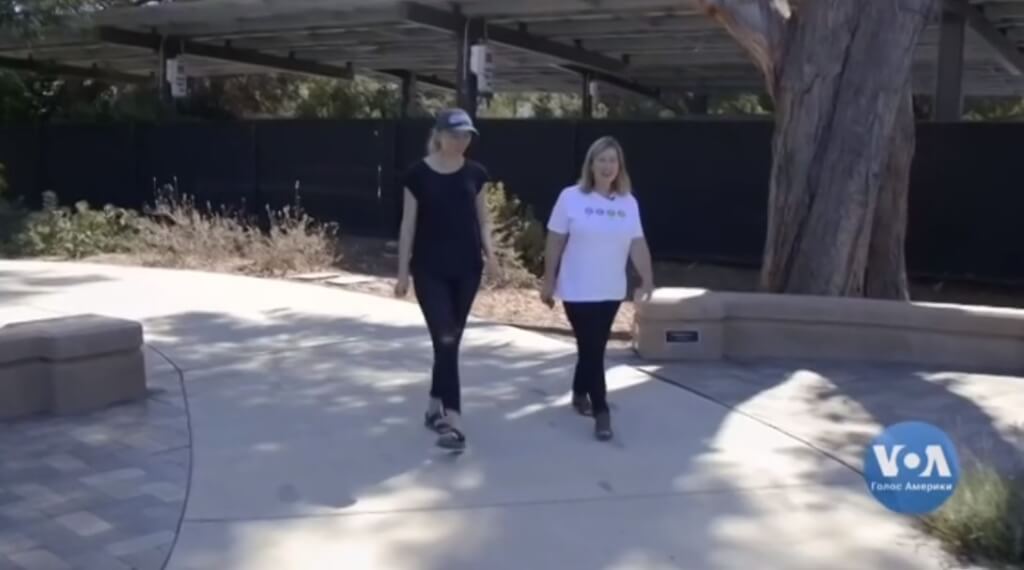 The site is also equipped for people with behavioral and cognitive impairment. After all, only 10% of people with disabilities have obvious physical limitations. For children with autism, a soothing harp sounds here. Music stimulates the brain, improves social skills. 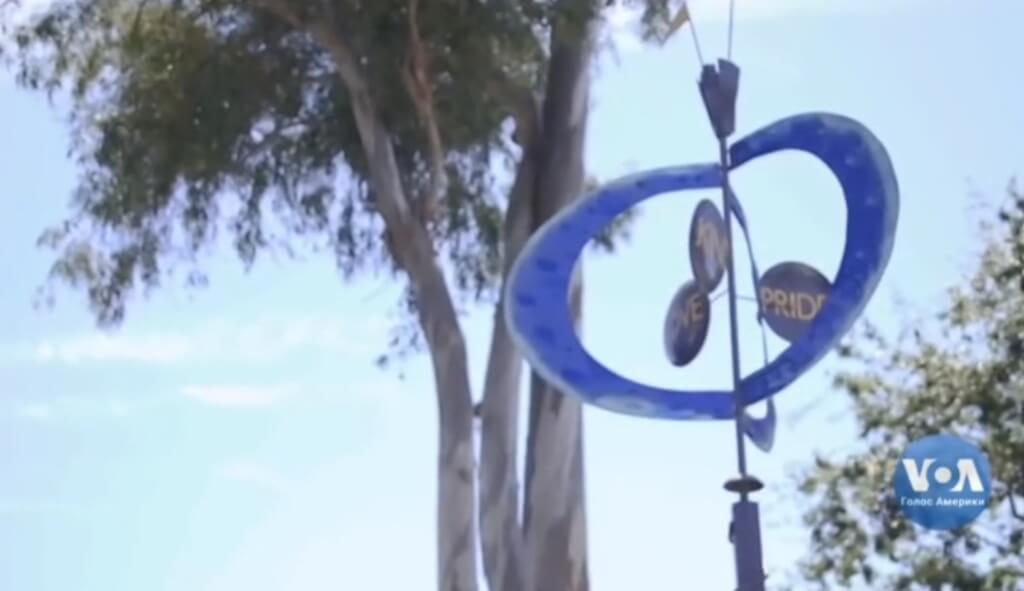 And this slide is Lena’s invention, which was inspired by the daughter of Eve: the surface of the slide is made of rollers, below it is a bench. This is done for those who need more time to get off the hill. A child who uses the stroller can not only climb to the top herself, but also calmly, having a rest below, get into the stroller. 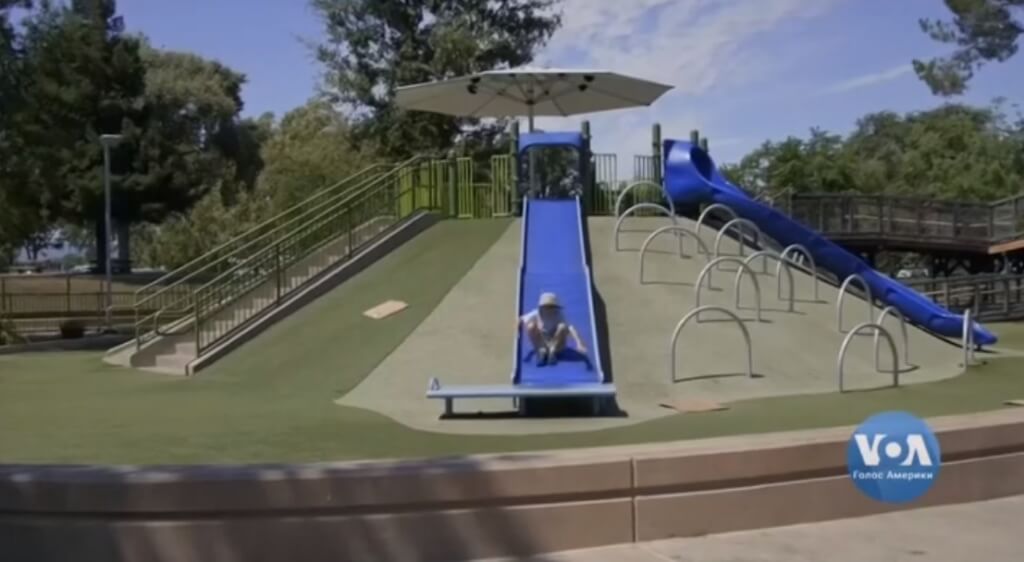 The project of the site itself was developed by 5 years, consulted with parents of children, psychologists, landscape designers and architects. After the opening in 2015, the place quickly became popular: every month 25 000 people come to the “Magic Bridge”. 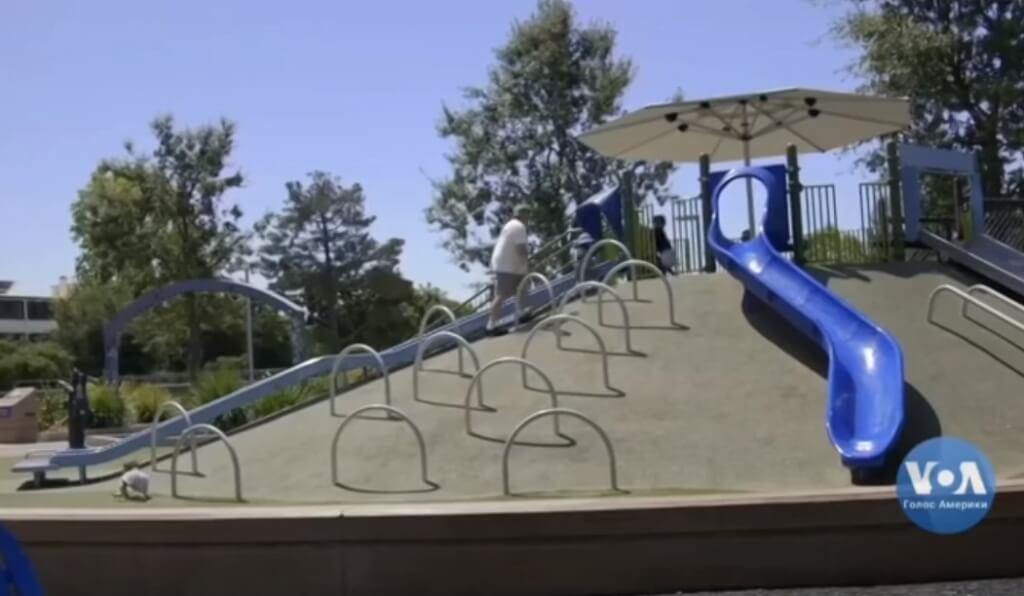 The tourist Nidmala Gevati specially came here from Nepal, she wants to do something similar in her country.

“There are so many things that you can touch, feel and learn something new,” says Nidmala. - Such sites are very important. This is an opportunity to leave home, to be in a different environment, to make new friends. ” 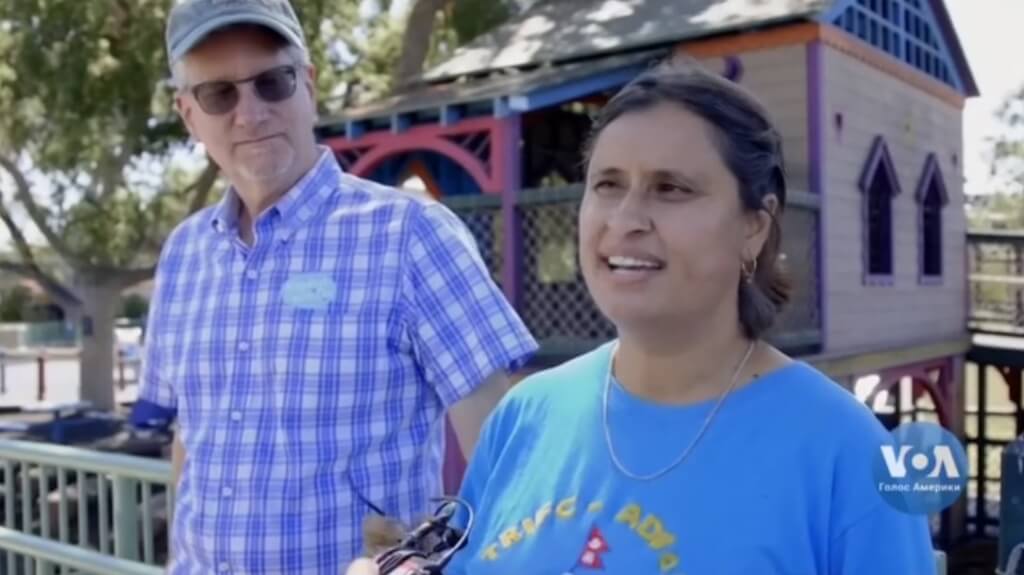 The Magic Bridge is designed for anyone, regardless of age or physical ability. Parents believe that such a platform contributes to the development and creative thinking of their children.

Elena says: the first “Magic Bridge” was built entirely on charitable donations, 4 million dollars. After the opening of the project, they became interested in California and beyond. In 2016, Elena and her team created a fund that raises funds and advises on how to implement such a project.

On the subject: How to raise a child with Down syndrome: the experience of the Ukrainian family in the United States

This year the platform was presented at the International Economic Forum in Davos, Switzerland as a project that meets the needs of people with physical and cognitive impairments and opens up new opportunities for them.

Now in California 5 of such sites are under construction. Funds for their creation - and this is 30 million dollars - were allocated by local governments.

How Ukrainian helps Americans cope with the effects of hurricanes

How to raise a child with Down syndrome: the experience of the Ukrainian family in the United States

'This is the best thing that happened to me': a resident of Missouri is grateful to the shooter who left him disabled

Elon Musk created a device for connecting the brain with a computer: how it works. PHOTO, VIDEO