Home At home Lukashenka says Belarus does not need a law against domestic violence: 'a belt can be useful'

Lukashenka says Belarus does not need a law against domestic violence: 'a belt can be useful' 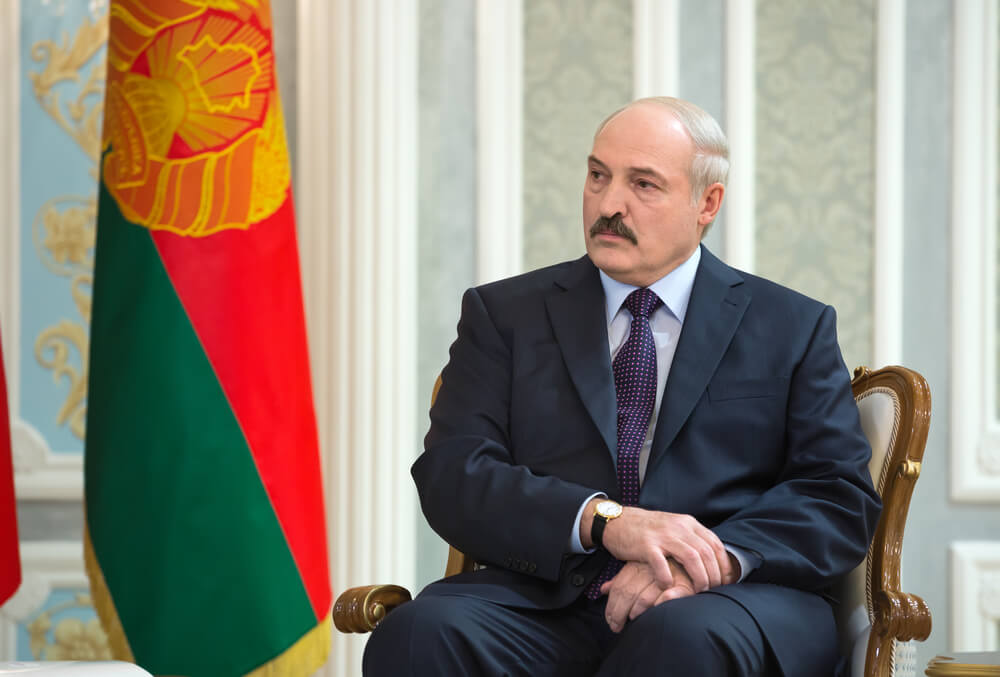 President of the Republic of Belarus Alexander Lukashenko. Photo: Depositphotos

“All this is crap, taken primarily from the West. You can not worry, and let the people not worry - we will proceed exclusively from our own interests, our Belarusian, Slavic traditions and our life experience, ”said the Belarusian leader.

“Somewhere someone blurted out - about counteracting domestic violence. It is now a fashionable formulation in the West. They soon will not have families: a man in a man marries or gets married. Children have no one to give birth. And we borrow some norms of behavior in the family from them, ”the president added.

The draft law on combating domestic violence was developed by the Ministry of Internal Affairs of Belarus. According to the head of state, this document should be dealt with by other structures: first of all, representatives of local authorities, public organizations, the government, the Presidential Administration. But the opinion of the police at the same time, of course, must be considered, the president stressed.

The head of state admitted that he is not in favor of punishing children. But sometimes, in his opinion, this cannot be avoided.

“We must proceed from the situation that we have. A good belt is sometimes also useful for a child. Not for everyone, of course, - said the president. - Victor, as a senior, often received from me. The middle one, Dima, has already seen Vite hit, and stood right next to me. The youngest, he was the fifteenth year, I never punished at all: he did not deserve it. ”

“This is our tradition, our life, and we will educate as it should. We will take into account the wishes of the police. Maybe not even the law, but we will manage to amend the existing bills. We have the relevant Presidential Directive that deals with these problems, ”Alexander Lukashenko cited the example. - And I am glad that people are discussing this and they are outraged by some nonsense in the draft law. Exacerbating this problem, they draw my attention to it. Therefore, it will be as necessary and beneficial to us, based on our traditions and experience. ”

Recall, the Ministry of Internal Affairs of Belarus submitted the concept of the draft law “On Countering Domestic Violence” to public discussion in July. In October, it was planned to submit it to Alexander Lukashenko.

The project proposes measures to prevent and combat violence not only within the family, but also from former spouses or couples who have ever lived together and led a common household. It was assumed that if the law is adopted, then in Belarusian law such concepts as “economic violence”, “persecution”, and “harassment” will appear. In addition, it was proposed a revolutionary for Belarus innovation - to officially prohibit beating children. Its main purpose is to protect the rights of citizens exposed to domestic violence.

Lukashenko does not consider his children "golden youth"

The head of state told reporters about his approaches to raising children.

“When educating how to do it: if I do not understand, I can say hard. I am still a president, therefore, probably, children also take into account that it is better not to upset the father, and if he says so, this is already the law. Therefore, I am not a model in raising children and not an example to follow. Yes, and children understand that their father can not be let down. I am very glad that they did not become golden youth, as it is fashionable to say now, ”said Alexander Lukashenko.

“I think that you will believe in my sincerity, because you can’t see my children anywhere else. And if you see - tell me, even write. I will instantly react, - the president assured. “I teach them to live as you live, as ordinary people live.”

Earlier it was reported that in Russia in the network of shops of the orthodox entrepreneur Herman Sterligov sell rods for kids. The day after this publication, the entrepreneur said that the rods were popular, so the stores would, along with them, sell a bottle of well water for soaking before flogging.

Two death sentences were carried out in Belarus