On Saturday, October 24, the US Embassy in Belarus notified the Americans on the country's territory of the need to exercise increased vigilance against potential rallies, meetings, protests and demonstrations in the Republic of Belarus after October 25 - the deadline for the "People's Ultimatum" presented to the President countries to Alexander Lukashenko by opposition forces. Details told the publication "Voice of America". 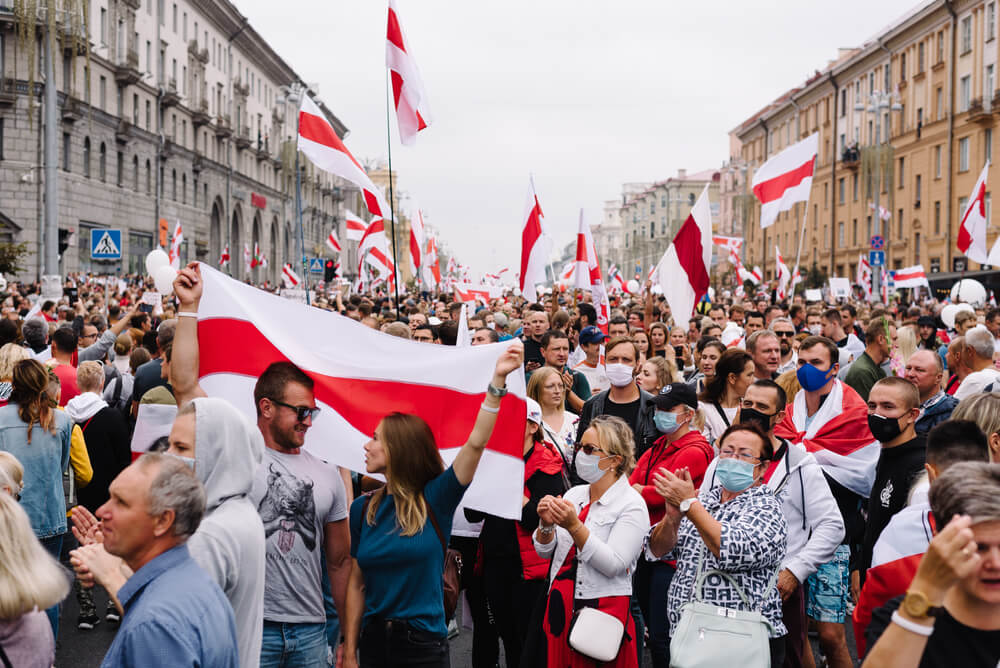 October 13, the leader of the Belarusian opposition Svetlana Tikhanovskaya presented a "People's ultimatum" to Alexander Lukashenko with an appeal to Minsk to fulfill certain requirements no later than October 25. If the requirements were not met, Tikhanovskaya warned Lukashenka about the consequences - protests, strikes, blocking traffic and other measures.

“The security forces and protesters can use force during protests, demonstrations, rallies and other similar mass gatherings,” the embassy said in a statement.

The diplomatic mission called on US citizens to avoid public demonstrations and to be aware that “gatherings designed to be peaceful can quickly escalate into confrontation and violence. In addition, these actions could cause disruptions in public transport, traffic delays, street closures, and increased police presence around rallies, ”the statement said.

The diplomats recommended that the citizens of the United States stock up on food, drinking water, medicine, cash and other essentials for at least three days, and also consider leaving Belarus, including by land or plane.

Ignoring the "ultimatum" and rallies

The deadline for fulfilling the ultimatum expired on October 26. Lukashenko, who ruled Belarus for 26 years, ignored the opposition ultimatum demanding to resign, writes "Voice of America".

Local activists posted videos and photos on social media on the Internet that students at a number of universities were refusing to lecture and workers were protesting at some factories.

Media outlets say it was hard to gauge how widespread the strike was at the start of the day.

On the subject: 'I sat out, but I won't just leave': Lukashenko spoke about the situation in Belarus, Putin and Poroshenko

The state Belarusian media claimed that all large enterprises were working.

Mass demonstrations against Lukashenka took place in Belarus on Sunday, and opposition sources reported the use of force by the police against peaceful protesters and the detention of more than 200 people.

“The regime has shown the Belarusians again that strength is the only thing it is capable of. That is why a national strike begins on October 26, ”says a statement on behalf of Svetlana Tikhanovskaya, who was a candidate in the presidential elections in Belarus and became the leader of the opposition movement.

The reaction of the world

The US, EU and UK and Canada have imposed sanctions against prominent representatives of the Belarusian authorities, accusing the Lukashenka regime of electoral fraud and human rights violations.

However, in neighboring Russia, President Vladimir Putin congratulated Alexander Lukashenko on his victory and facilitated the allocation of a $ 1,5 billion loan to Belarus.

Last week Belarus was visited by the head of Russian foreign intelligence, Sergei Naryshkin, who repeated Moscow's accusations that Belarus is allegedly being deliberately destabilized by the United States and other Western states, as well as Ukraine.

Which countries are now open to American tourists