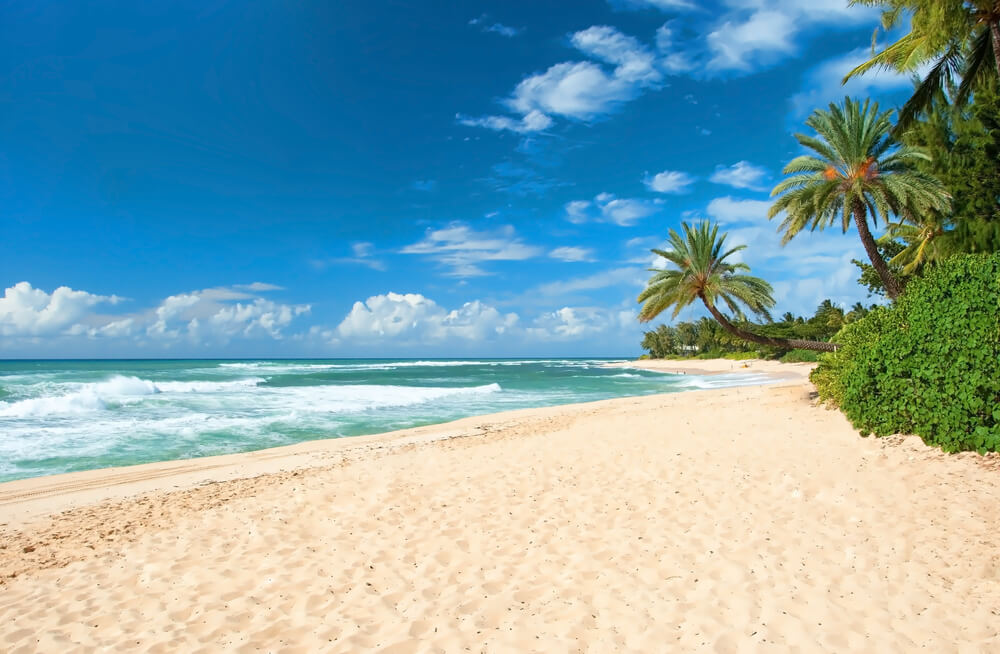 Summer has come! It's time for New Yorkers to put on their sunglasses and go sunbathing. Moreover, all city beaches are free and open for swimming from May 30 to early September. For those wishing to freshen up - a list of the best beaches in the Big Apple.

New York's most secret beach, with no lifeguards, stretches for three miles - three miles of clean sand, trees and grassy dunes. There are so few people here that even on weekends you will have 50 meters of a good beach at your own disposal. You cannot get here by metro or car - you need a bicycle. And don't forget to grab a snack - there are very few eateries and shops here.

On this beach you will feel as if you left the city, but in fact it is not. Riis has a golf course, ball games, and the beach is much wider than the neighboring Fort Tilden and Rockaway. Thanks to Riis Park Beach Bazaar, there is a lot of fun on the beach - live sets are planned until the end of August, plus there is a food court available, so you can not collect a picnic basket. You can get here by public transport.

This beach is a veritable six-mile expanse of Long Island, a manicured sandy oasis for families. There is a mini golf course, ball courts and even a pool. The Jones Beach Theater features stars like Gwen Stefani and Dave Matthews every summer. A separate attraction of the beach is architecture: the baths are created in the Art Deco style, and the water tower at the entrance resembles the bell tower of St. Mark's Basilica in Venice.

From 1960, New York gays and lesbians often traveled to this tranquil village on a ferry. There are no asphalt roads, only wooden platforms. Despite the fact that all the beaches of Fire Island overlook one side, this part of it is less official and more accessible than the popular Pines. At the same time, there are a lot of clubs, bars and restaurants where you can chat and dance.

Long Beach attracts at least because it is very easy to get here: sit in the LIPR from Penn Station, and in an hour your feet will be walking on the sand. After Hurricane Sandy and subsequent restoration, the beach has over two miles of bike and hiking trails. There is a huge selection of food on wheels, summer concerts, art festivals and farmers markets on Saturdays at Kennedy Plaza, six blocks from the beach. Long Beach (entrance to which costs $ 12) is considered one of the cleanest beaches in the United States, so you can safely walk barefoot here.

The Bronx’s only public beach, which extends the 1,1 mile, is notable for its unique crescent shape and amazing views of City Island. This coast was created by Robert Moses in 1930, and it still remains one of the most popular beaches in New York. On this sandy beach, maybe there are not enough restaurants and bars, but there are enough stalls with food and drinks, two picnic areas and 26 courts for basketball, volleyball and handball.

Rockaway invariably attracts with its accessibility - from the metro to it is only a few blocks, and from the center - about an hour away. The beach here extends six miles - which means there will be an opportunity to move away from unwanted neighbors. On the waves at Rockaway beach you can learn the art of surfing.

This beach is a real treasure in many ways. You can have a great beach day here - it's quiet on its five-mile bank (radios are banned at Field 3 and 4), there are almost no people, showers on the street, first aid, tables for grilling and picnic are all on an excellent level. If you want even more privacy, you can go further east, to Field 5 - you will discover the beauty of the coast of Fire Island, including the island's 200-year-old lighthouse, where you can climb the 192 steps to enjoy the best country views.

Coney Island blends the old with the new. It may seem to some people that the peak of Coney Island’s fame has passed, but not everyone thinks so. For example, Dick Zigoon, founder of the charity organization Coney Island USA, which holds many well-known events in Coney Island, said that the beach is still the highlight of the program. There is a complete amusement park, delicious Nathan's Hot Dogs and a sea of ​​people.

One of the largest and most popular nudist beaches on the Eastern Seaboard. Once upon a time there was a military base on the site of this pure two-mile strip of sand; her soldiers often bathed in coastal waves naked until the facility was decommissioned at the start of the 70's. Today, the beach still attracts nudists - so much so that on weekends there is usually no room in the parking lot. In addition to getting the perfect tan, the beach beckons magnificent views of lower Manhattan, walking places and birdwatching.

Want a soothing and unhurried beach holiday? You on Midland Beach, on Staten Island. This beach is known for its fishing pier and bicycle path, as well as bocce courts, war memorial, sea turtle fountain, sprinklers and roller-hockey rink.

When choosing a beach in Kings County you have two options. The first is to get through the crowds on Coney Island, past Luna Park. The second option is to get off the train a few stops earlier on Brighton Beach - a quieter coast. There are more swimmers and sunbathers, but the real dignity of this area is the charm of the Russian community, their shops with furs and traditional Russian products, as well as restaurants with vodka on the menu.

You need a car to get to this beautiful beach by the sea, but it's definitely worth it. In addition, the city seriously blundered by banning dog access to the beaches - four-legged animals cannot be on New York beaches from May to September. And this beautiful North Jersey recreation area allows your dog to frolic in the sun - provided he's on a leash. Take the opportunity to stroll along the scenic pier, quiet picnic areas, and of course the mile-long quiet beach.

Manhattan Beach is within walking distance of Brighton Beach, on the eastern edge of the Brooklyn Peninsula. This place, created in 1877 year as a summer resort, is now very popular for family picnics and barbecues. If you are tired of the obligatory game of beach volleyball, there are also tennis, basketball and handball courts, as well as two baseball courts. All summer in the park show free movies. Hint: leave the car and come by public transport, because parking costs 20 dollars.

Adjacent to Midland Beach on Staten Island is South Beach, the “Riviera of New York”. The beach was hit by Hurricane Sandy, but after that, it was equipped with new fountains and playgrounds, as well as a cute two-mile boardwalk.

Top 10 characters of New York, which can not be seen

How New York is different from Los Angeles. A PHOTO

Named the most visited attractions in the world