Summer is the time for vacations. The news of the possible closure of all visa centers in Russia has worried the holders of Russian passports. Despite the fact that Russians can visit without a visa (or get one according to a simplified procedure) more than half of the countries of the world, many popular destinations without a pre-issued entry permit remain closed to them. DW compared passports of citizens of the former republics of the USSR and found out which of them are the most beneficial in terms of visa-free entry to other countries. 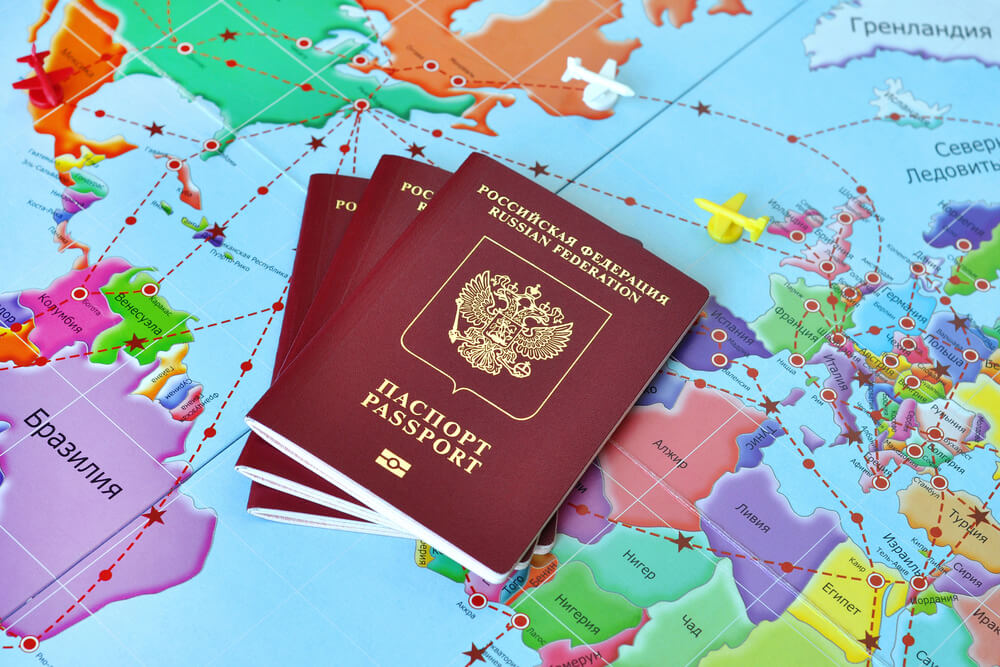 According to the International Air Transport Association (IATA), which is annually brought together by the consulting company Henley & Partners, Russian citizens can travel without a visa to 118 countries of the world. In addition to a number of former Soviet republics, this list includes almost all countries in South America, many countries in Africa and Southeast Asia, including Thailand and South Korea, as well as 13 countries in Oceania, including the Cook Islands, Fiji, Micronesia and Vanuatu.

Ukraine ahead of Russia in the number of visa-free countries

Among the countries for which Russian citizens do not need a visa, such favorite destinations as Turkey and Israel. Since February 2017, the United Arab Emirates has been added to the list of virtually visa-free countries for Russian countries. Now Russian citizens traveling to the coast of the Persian Gulf can issue an entry permit upon arrival free of charge.

But among the countries of the European continent among Russians, the choice is not too big: apart from the neighboring Ukraine and Belarus, they can travel to Albania, Bosnia and Herzegovina, Macedonia, Moldova, Montenegro and Serbia without a visa.

In terms of freedom of movement in Europe, the holders of a Russian passport were less fortunate than some neighbors in the former USSR. For example, citizens of Ukraine can visit 128 countries of the world without a visa. For them, this list has significantly expanded after the introduction of a visa-free regime with the EU in June last year. Now citizens of Ukraine who have biometric passports can travel without a visa to 26 from 28 of the EU countries. To enter the UK and Ireland, they need to apply for a visa.

The most favorable passports are in Lithuania, Latvia and Estonia

Slightly shorter than that of Ukraine, Moldova has a list of visa-free states - the first of the CIS countries, for which a visa-free regime with the European Union earned in April 2014. Now Moldovans do not need a visa to visit 121 countries. Georgia, whose citizens have not needed an EU visa since March 2017, is slightly behind Russia. Her list of visa-free countries consists of 112 items.

Meanwhile, the most beneficial passports for traveling around the world in the post-Soviet space are citizens of Latvia and Lithuania who have visa-free travel with 179 countries. Estonia is only one country behind: its citizens can travel without visas to 178 countries.

In addition to the European Union, which includes all three Baltic countries, citizens of Latvia, Lithuania and Estonia can travel without visas, for example, to Switzerland, Norway, Japan and Canada. Entry into the US for them is possible by electronic permission. But for a trip to Russia, Latvians, Lithuanians and Estonians need to get a visa.

Of the 15 of the former Soviet republics, the most disadvantageous passports are from the citizens of Uzbekistan, Tajikistan and Turkmenistan. They need a visa to travel to most countries of the world. The visa-free regime for them is valid only with 59, 58 and 53 countries, respectively. Belarus was exactly in the middle of the list of the best and worst passports in the post-Soviet space. Its citizens can travel without a visa (or apply for it when crossing the border) in 77 countries. By the way, Belarus is the only country in the post-Soviet space whose citizens can travel without visas throughout China.

US citizens may stay in Belarus without visas for 30 days

Thousands of Americans with tax debts may be left without passports: what you need to know