Home In the U.S. Showers and dangerous storm surges: Hurricane Delta approaches the US coast

Hurricane Delta, which has weakened to a Category 2 hurricane, is expected to land on the coast along the Louisiana coast on Friday evening October 9. Nearly 11 million people will find themselves in the path of the hurricane. Forecasters say it will bring winds of 105 miles per hour (169 km per hour) and "life-threatening" floods that can stretch for miles offshore. Writes about it CBS News. 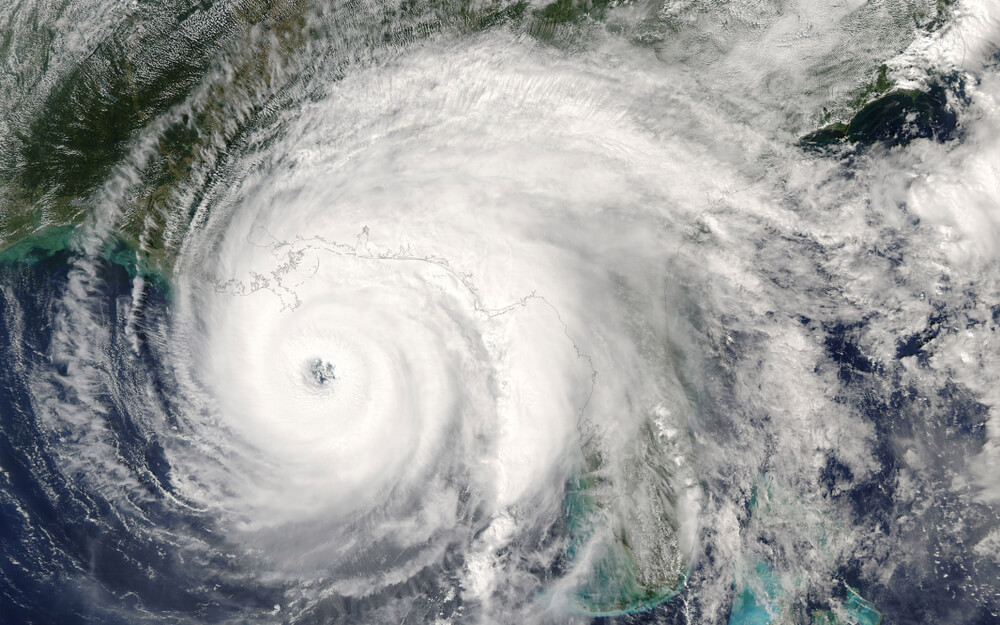 A foot (30 cm) of rain may fall in parts of Louisiana as the hurricane moves north. The element threatens the same region that was hit by Hurricane Laura just six weeks ago. Recovery from Laura is likely to be delayed by several weeks.

“Residents of southwest Louisiana, I know you are strong. I also know that you have to pass the tests again, - wrote on Thursday, October 8, State Governor John Bel Edwards. - Please finish all preparations now. Together we can handle it. "

Earlier this week, a hurricane hit the Mexican resort areas of Cozumel and Cancun. Hundreds of thousands of people were left without electricity.

There is no doubt that the hurricane will cause serious damage to an area where 95% of buildings have already suffered damage from Hurricane Laura. The mayor of the lakeside town, Charles Nick Hunter, suggested earlier that many buildings could be demolished.

Some townspeople did not manage to evacuate in time. But there is a flash flood warning in the area. It says: if the residents did not manage to get out in time, then trying to do it now is much more dangerous.

About 10 Louisiana residents hid in shelters ahead of the hurricane

As of Friday morning, October 9, nearly 10 Louisiana residents are in shelters.

Gov. John Bel Edwards said some residents have successfully taken refuge in shelters across the state. However, the vast majority of those in the shelters were victims of Hurricane Laura, which hit the Louisiana coast just six weeks earlier.

“They are mainly in a mega-shelter in Alexandria, which has reached its capacity since it was reduced due to COVID-19. We will relocate people as needed to other shelters further north, ”Edwards said.

Although winds have diminished, Hurricane Delta continues to generate dangerous storm surges, especially in the lowlands. The hurricane is expected to hit the shore around 19:00 as a Category 2 hurricane.

Wayne Bertrand, an Iowa resident, watched his neighbors flee from the hurricane.

“It's not disappointing,” Bertrand said. - It is sad".

While Bertrand and his family would remain in their home during the hurricane, other residents decided to leave their homes.

Earl Guillory spent several weeks rebuilding his home after Hurricane Laura, with renovations still pending. His wife, who returned home when the house was still habitable, was evacuated.

“I just got news of Hurricane Delta heading towards Louisiana and Mississippi,” Trump tweeted. "FEMA is here to help."

Louisiana Governor John Bel Edwards has extended Phase 3 of the opening until November 3.

Louisiana moved into phase 3 in September. Phase 4 was slated to begin in the state on Oct.9, but Edwards wants to keep Louisiana's current low case rate as a standard, especially as communities continue to recover from hurricanes. The only changes to the opening plans concern the sale of alcohol, which is now permitted at sporting events in the respective counties and open bars.

“We know that as schools return to face-to-face education, restaurants and bars open and more events are being held, the risk of the spread of COVID increases,” Edwards said in a statement. “I also remain incredibly concerned about how Hurricane Delta will affect our ability to conduct community testing.”