Home Incidents She lost her children and the right to return to the USA: the refusal of a green card by marriage crippled the life of an immigrant

Miriam Herrera asked a relative from Twin Falls, Idaho, to look after her children for two weeks while she and her husband flew to the US-Mexico border to accomplish what they have been waiting for for the past 5 years. What happened next and why the mother can’t see her children now, the publication said Border Report. 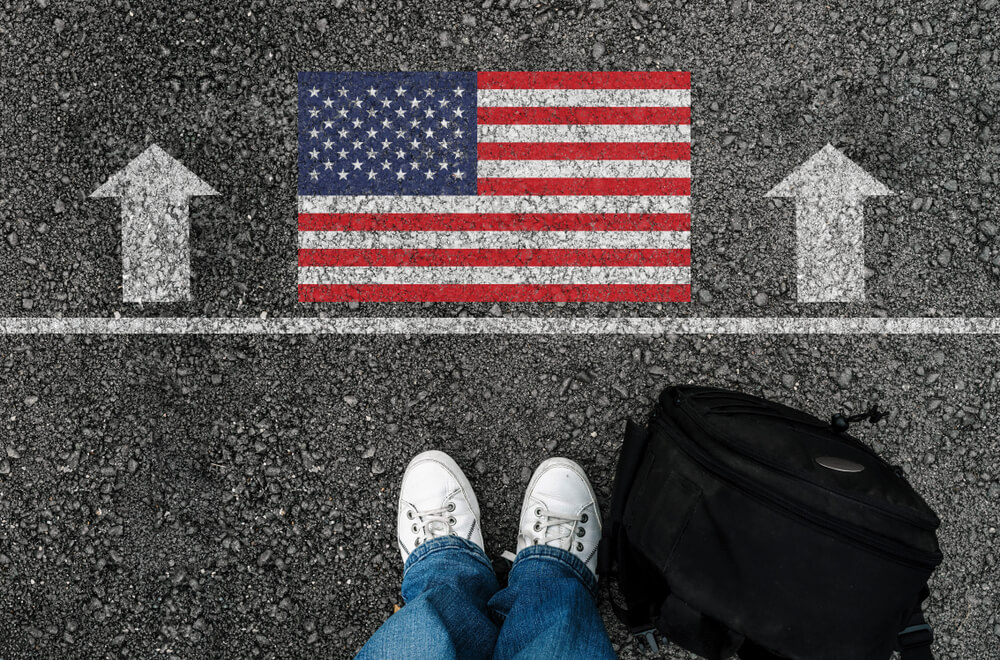 But the dream of getting her green card based on her husband's American citizenship suddenly collapsed. An immigration officer at the US Consulate in Juarez not only denied her application, but banned her from re-entering the United States for 10 years.

“Our children ask when we will return home. I don’t want to tell them what is happening, because it is very difficult for us, and it will be for them too, ”said Miriam Herrera.

The couple have spent the past four days calling their lawyers and emailing state and federal officials in Idaho.

“Hopefully everything will be fine. We don't have any convictions. We did everything right. We thought we would come here, prepare all the necessary documents, take care of business and return to the family. But things didn't work out that way,” said Baldemar Herrera, a home improvement entrepreneur in Twin Falls, Idaho.

The United States Citizenship and Immigration Services (USCIS) received over 2020 petitions in 700 regarding foreign relatives (Form I-000) of US citizens and lawful permanent residents.

On the subject: How to renew or renew a green card if you are outside the United States

Immigration experts say such petitions have a high chance of being approved, but are rejected by tens of thousands every year.

The most common reasons for rejection include insufficient evidence of eligibility, a criminal record, or illegal entry and stay in the United States. A six-month illegal stay disqualifies you from applying for a green card for three years, a one-year stay for 10 years.

Miriam Herrere, 31, was told by the US consulate that she was in the country illegally when she was 5 and again when she was 7.

According to Miriam, her father told her that they had been to the United States twice, but not for more than a couple of months. But the immigration officer at the consulate said it took two years.

“I was asked if my father could confirm this. But, alas, he died,” the woman said. “My lawyer is convinced that this could never have happened. Two other human rights activists noticed that I should not have been refused. According to them, it was an easy case, and the green card could not but be approved. Now we are here in Juarez staying at someone's house and I don't know when I'll be back with my kids."

El Paso immigration attorney Iliana Holguin said she has seen many cases over the years when it comes to denied immigration petitions.

“Getting approval of Form I-130 does not mean that you are guaranteed a green card. This is just one step in the process. You still need to go to the consulate, where they will take your fingerprints and your immigration history will come up. The decision is made there,” Holguin said.

She recommends that immigrants and their sponsors consult with a certified immigration attorney before filing a petition, and even then there are no guarantees.

“It's a terrible experience to leave the United States, go to the consulate after being here for years, in some cases decades, and get rejected. I can't imagine anything worse than being told, "No, you're never going back to the US." It's incredibly stressful, traumatic, because in many cases you have children, you have a life here."

Baldemar Herrera is counting on his lawyers to find a solution.

“It’s hard now, it’s impossible to sleep. We are a little shocked by what is happening,” he said.

Miriam Herrera wants to get legal status in the United States to avoid repeating the traumatic experience she had as a child.

“I went through a situation where my mother was deported and it traumatized me. Therefore, I want my children not to go through something like this, and this is very difficult, ”summed up the immigrant.

Green card and marijuana: how legal cannabis threatens an immigrant