Home Our people Personal experience. How I moved to the USA 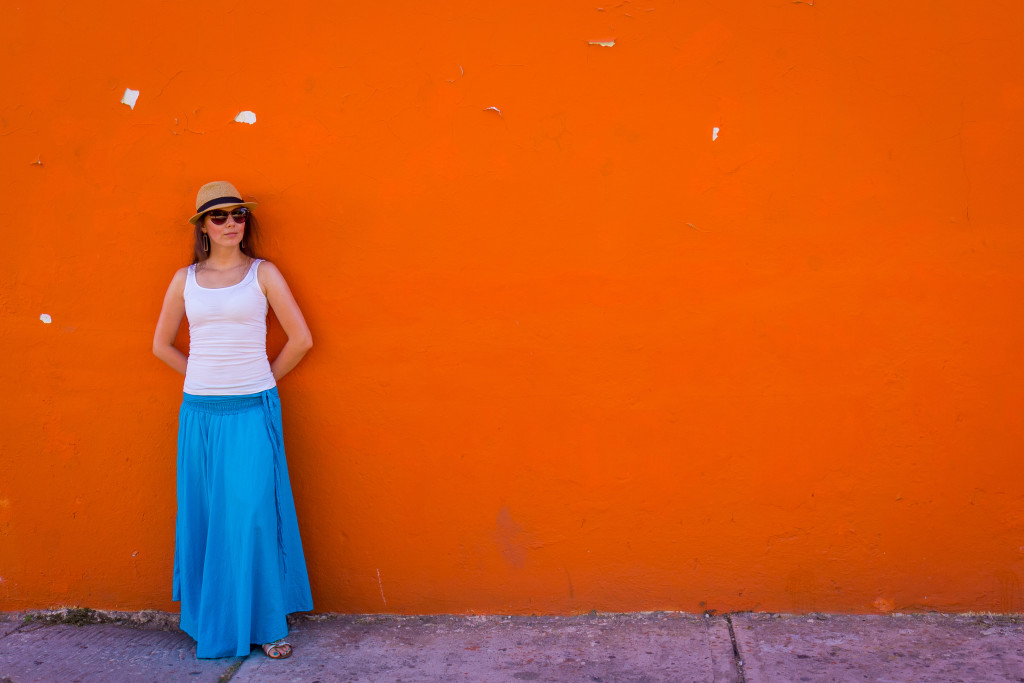 I have always wanted to live in some country for several months - not as a tourist, but as a local resident. As you know, all our dreams come true, and now I have been living in California for almost two years, where I moved with my husband in May 2014 from my beloved St. Petersburg.

We never dreamed about America, and I didn’t even know about the green card lottery, about which close friends told us one autumn evening. The guys were going to participate in the lottery, as they had long wanted to move to the USA. They offered us to try our luck for the company. Why not, my husband and I thought, and filled out questionnaires on the official website lottery

We filled out the questionnaires in November 2012. Filled in - and, as they say, forgotten. But the very friends with whom we applied for the company reminded that it was time to check the results. So, in May 2013, we learned that my profile won! I don’t believe in lotteries at all, but here I was so lucky. Although at first I thought that my husband was playing a trick on me. But our friends, unfortunately, flew by. But they continue to participate, and we hope that, sooner or later, we will still live with them in the neighborhood in California, as we once lived in St. Petersburg.

Not without funny moments. Having started to read the instructions on what to do next for those who won, we misunderstood the conditions - apparently, we were still in some shock from the unexpected news. For some reason, we read that one of the conditions is the presence of higher education in priority areas for the United States (the list was listed on the website), or continuous work experience in one of these positions. I personally had neither one nor the other. For the last six months at the time of winning, I worked as a “project manager” at a chocolate factory.

The process of obtaining an immigration visa, we have turned out not so fast. In May, 2013, we learned that we won the green card, and a week later, we sent a package of documents to Kentucky (The Kentucky Consular Center (KCC)). And only in March, 2014, we received an invitation for a personal interview at the embassy in Moscow for the end April. We immediately took tickets to the capital and signed up for a physical examination.

In the end, we spent three days in Moscow. On the first day we went through a medical commission, on the second day we walked around the city, on the third day we went for an interview. It was possible to keep within two days, but sometimes it happens that the results of the medical examination do not have time to be given on the same day. Without them, you can also go through an interview at the embassy - this does not affect the decision on a visa. But we decided to play it safe and took one day with a margin, so that later we would not have to go to Moscow from St. Petersburg again and bring a package of documents from the clinic.

23 April 2014, we had a personal interview with the consul. He asked us only three questions: is this our first marriage, who do we work with and what will we do in the USA? Then he smiled and said: your visas are approved. This is how one phrase of a stranger changes your whole life.

Of course, we expected that they would approve visas for us, and prepared for the move in advance. And so 31 flew into the US in May 2014 of the year. Only a month after receiving the visa, we landed at San Francisco airport, and our American history began.

For me, moving was a kind of black box game. I have never been to the USA before. But I didn’t build illusions and didn’t think of anything like that to be disappointed upon arrival. I am already an adult girl, and I know that there are no ideal countries / people / superiors. Perhaps that is why we did not have adaptation as such. It’s as if we did not move from one continent to another, but from one apartment to another.

We do not plan to return to St. Petersburg yet, unless we go to visit. Moreover, there is a reason - six months ago we had two sons who became US citizens. Who would have thought…

Globally, life is the same everywhere. We go to work - before decree I worked at a children's music school, my husband works as a project manager for a cloud telephony company, we cook dinners, do hobbies, travel on weekends. We had about the same routine in St. Petersburg. But the daily sun reminds us of where we live. For the climate alone, I endlessly love California and especially the part of the Bay Area where we live. It is never very hot here, and fogs do not visit us either - the climate is ideal! 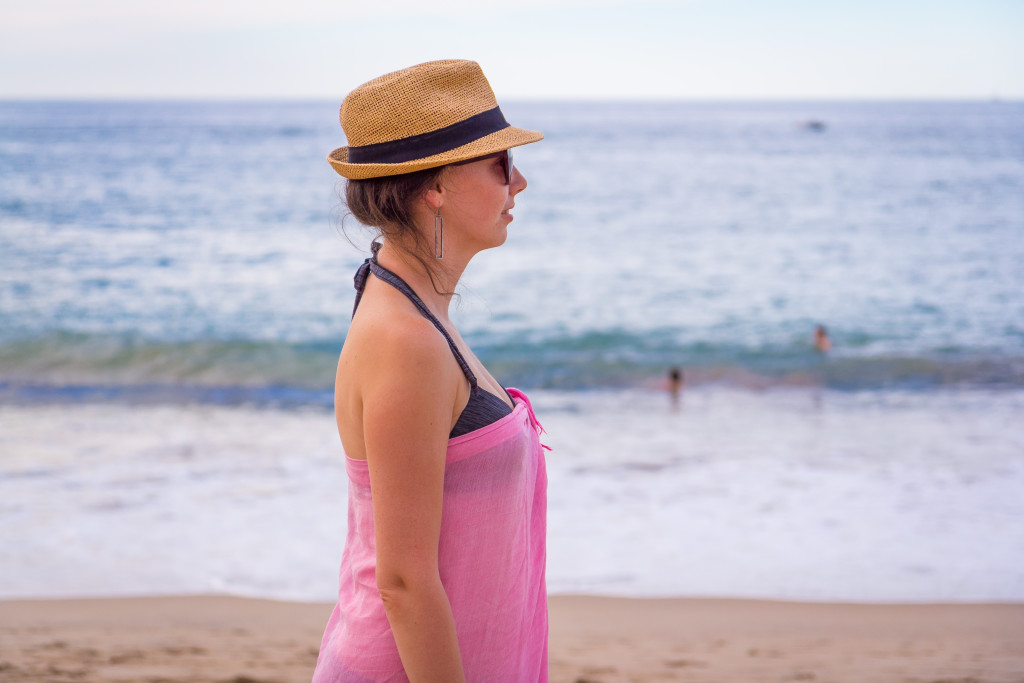 Although, of course, California has its drawbacks. As I wrote above, there are no ideal places. For example, real estate is very expensive here. We are talking about both buying and renting. And the ocean, which is almost impossible to swim in? Also such a fat minus. 🙂 You dream for yourself, you dream of living by the ocean, and on you - it is so cold that even getting your feet wet is problematic. Although my husband bathes a couple of times over the summer.

Now we already have our own social circle here. So far, mostly Russian-speaking friends. It's amazing that I met all of them through Instagram. The Internet, of course, is a thing. Thanks to him, we are always in touch with our dear people - we correspond every day, call each other, send each other photos. I don’t know what we would do without the World Wide Web. 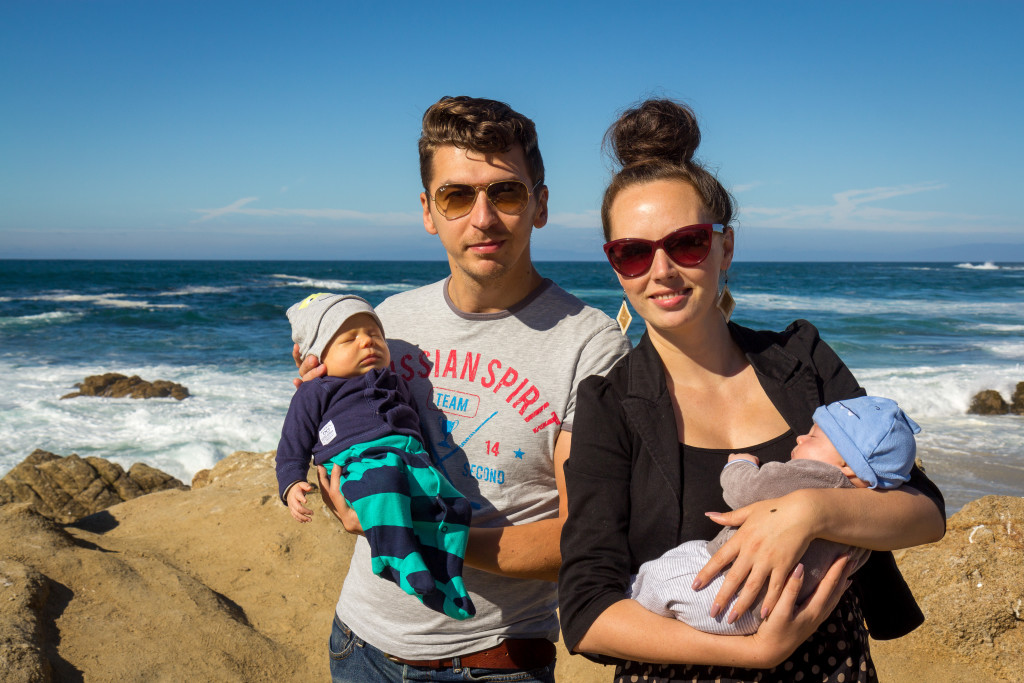 Do we miss past life? Rather, we miss the people who stayed there - our relatives and close friends. Sometimes you really want to walk along the empty morning Nevsky, or stand in line at the Hermitage, ride a river boat on the Neva or wander through the Summer Garden, covered with bright autumn leaves. But after two years, we have never regretted our decision and move.

On the contrary, it seems, he made us even more courageous and open to the world. And I do not exclude that there is more than one move ahead - the world is so big and interesting!

moving to the USA