Home loudspeakers Personal experience. How to get kids to school in New York

Personal experience. How to get kids to school in New York 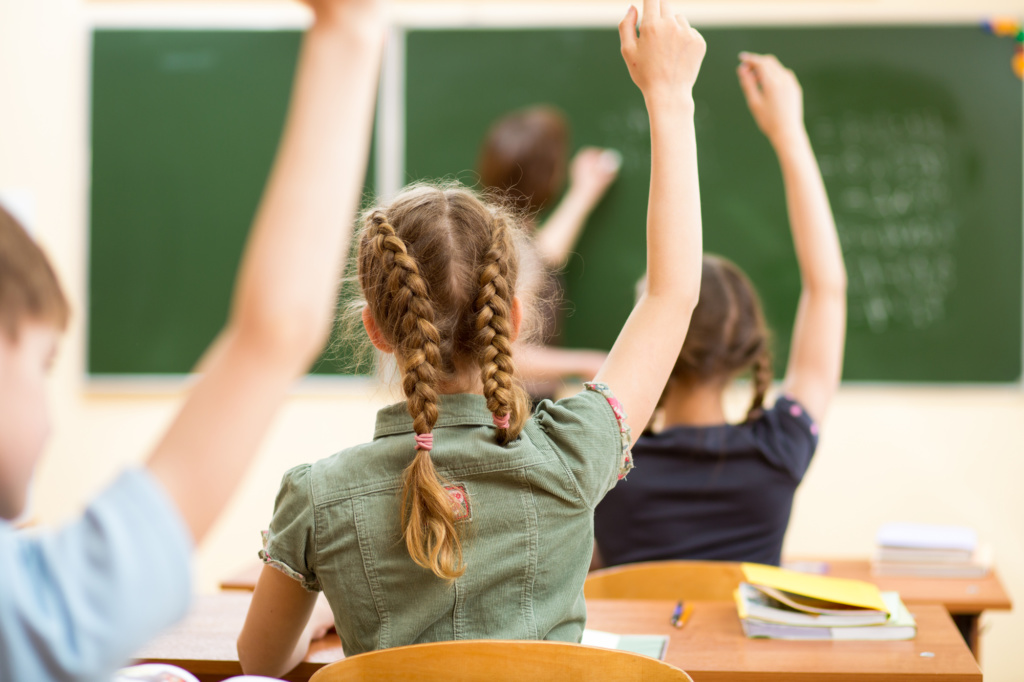 We arrived in New York at the end of the school year. It seemed that it would be easy to go to school: just know the boundaries of your neighborhood, determine the best school and go ahead. We needed 3 different educational institutions - children aged 10, 12 and 14 should go to junior, middle and high school, respectively.

Friends who have been living in the city for a long time have strictly ordered independent ratings to be checked before calling and making an appointment.

In these ratings, not only official information about the success of students in relation to the general level is indicated - you can also see the reviews of parents of students there. Comments - neither good nor bad - are not deleted, which means that you can also find out if school officials are taking into account the wishes of the parents. As a rule, it is from the parents' feedback that you can understand how friendly they are to new students with minimal knowledge of English.

Sites where you can see reviews of parents, it turned out a lot. I used Greatschools, Zillow, Schooldigger.

Found options, wrote out phones and sat down to call. And here began the difficulty. Schools that seemed nice, on the telephone, gave a turn away from the gate: they all complained about overcrowded classes and were in no hurry to greet the new students.

It was possible, of course, to go to directors and persuade, but we decided that we would go to the Department of Education - let them send them anywhere, and then, if the options turn out to be bad, we will change them.

It was also not possible to get to the Department from the first time. I arrived there with documents, but without children. That was a mistake. The next day we fixed it.

After filling out the first questionnaires, we were taken to the office. Oh God! He was in the basement of the building - there was no connection, which meant that he had to forget about checking the ratings.

To call the lady who hosted us a bureaucratic language does not turn. Beautiful age woman showed the highest class of understanding. While she was copying all our documents, the children got bored and of course tried to show it with all of their looks. Parents of three children will understand me.

The lady behaved kindly to the end. She enrolled the younger ones in schools near her home, and began to ask the older ones about talents. “Why not take the nerve and ask to send us to that very good school with an artistic bias,” I thought, and plucked up, asked. “You will have to take entrance tests,” the lady warned. "You could go to the zonal school tomorrow, but that will take extra time." The child decided to take a chance. We were given directions for juniors and told to wait for a call about the senior. 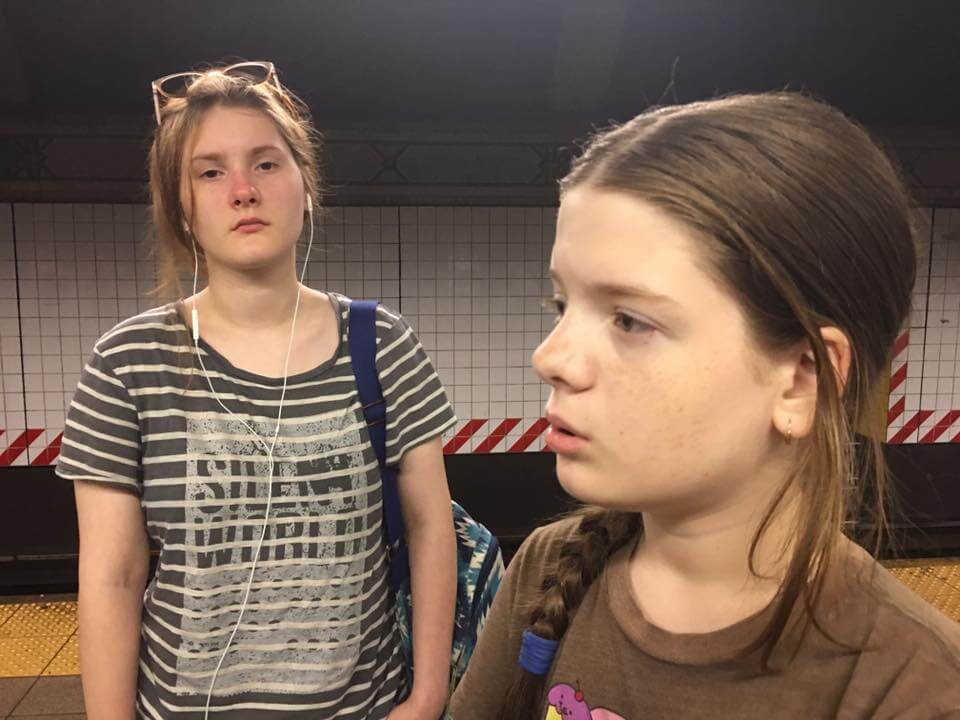 The eldest daughter of Alexander and the youngest Olga. Photo author

When we left the department building, what did I do? Right! Climbed to the Internet, in the ratings. It turned out that the first 2 directions were given to us in very good schools of the microdistrict. Even better than where I called.

Without unnecessary details: a high-cheek interview with the eldest daughter was completed (she took an oral and written test in English). She was accepted into the art class (this was where the portfolio brought from home helped). And Miss Cummings from the management was in touch with us all the time. From her we learned the news that the child had been accepted.

And then everyone lived happily. The children went to their good schools. First, they were assigned bilingual classmates who helped. Then the need for assistants disappeared. It took less than a week to adapt. Younger children did not speak the language, but somehow the teachers managed to captivate them. Homework was done with interest, they tried not to miss classes. A month after they began their studies, they signed up for the library and began to slowly read in English. 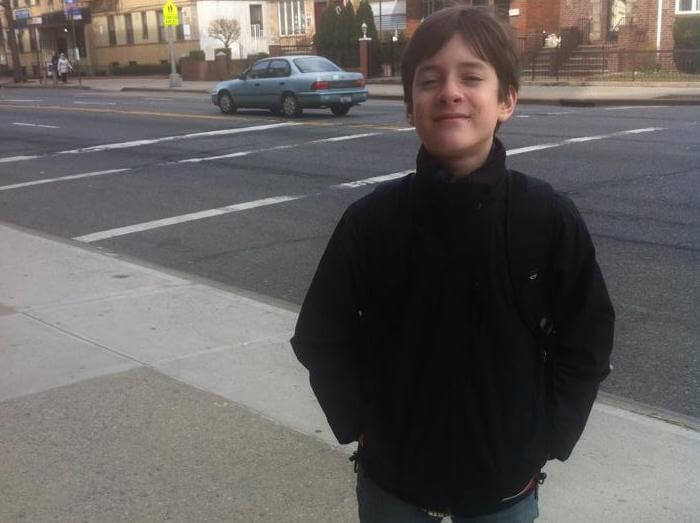 Another gift from a clerk was the transfer of the youngest child to the school where the middle school was studied. We received a letter stating that the grant for admission to that particular school was approved. It turned out that the middle child had been studying not at the zonal high school all this time, but the youngest was transferred to him so that the children would be together. Do I have to say that we did not apply for any grants and perceived the translation as a gift of fate?

In a word, New York is “sharpened” under fresh immigrants and their foreign-speaking children. In schools, most often there are translators into the languages ​​of those nations that predominate in the nearby area.

We live in Bensonhurst, so we always have simultaneous translation into Chinese, Spanish and Russian at general parent meetings. Yesterday I walked past the first school, which the youngest daughter got to, and saw such an announcement on the post - the parents of the pupils of the 186 school are cooperating on Facebook to facilitate their children socialization. 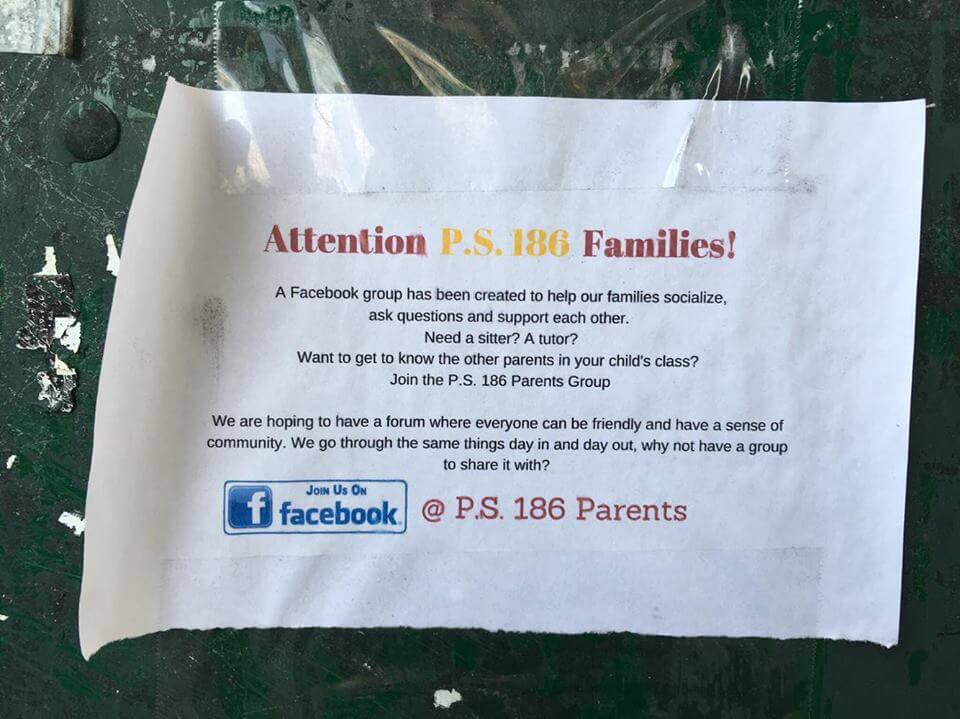 In secondary school (first the son got into it, and later the youngest daughter), a tireless parent coordinator works. Every weekend there are dancing lessons, and culinary circles for the whole family, and yoga, and trips to museums with trips to the theater. Almost everything is free or very affordable (for example, the school participates in the Broadway for Kids program, so we go to musicals for $ 10 per ticket).

What is necessary for entering NY school:

Personal experience: New York through the eyes of a novice

How to avoid mistakes when renting a home in the US

How much is a month living in california