Firefighters in California are trying to save the world's largest trees, threatened by wildfires that have raged for weeks in Sequoia National Park. Writes about it with the BBC. 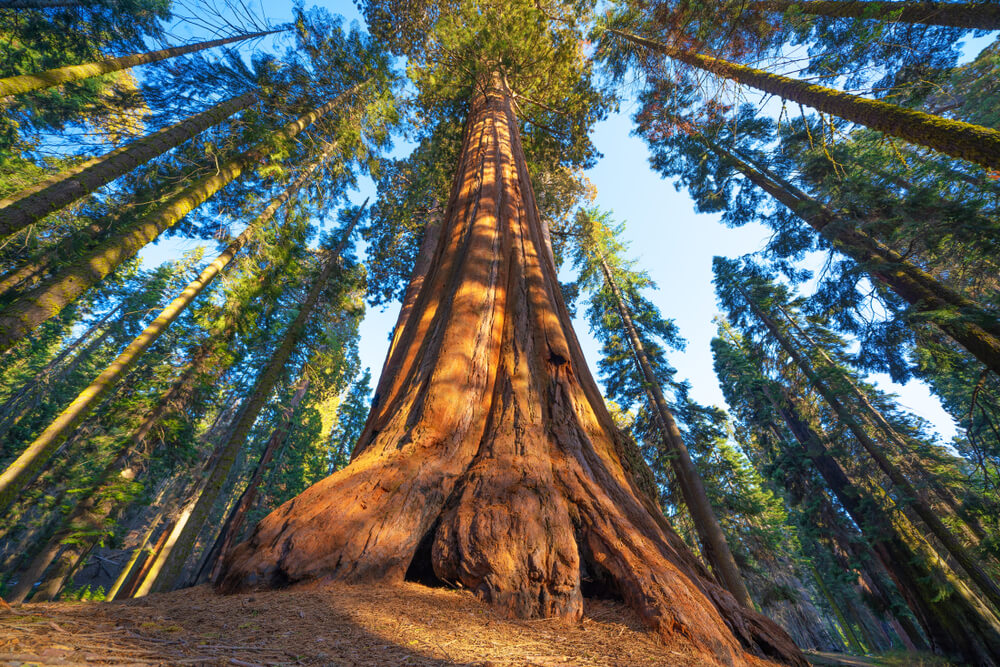 This park is famous for its giant sequoias, including the XNUMX-meter giant "General Sherman" - the largest tree on Earth by volume of wood.

Firefighters use fire retardant aluminum sheeting to protect the General Sherman's trunk and other trees.

On the subject: About 1100 lightning strikes the ground in California in one night: they caused wildfires

The thick bark of giant sequoias is fire resistant, so these trees are not afraid of ground fires, experts say. But the current fires are not one of them, since they can destroy trees.

The age of giant sequoias can exceed 3 thousand years, and their height reaches 100 meters.

More than 7400 wildfires have broken out in California this year due to warmer temperatures and extreme drought, devastating over 2,2 million acres (890 hectares), writes The Guardian.

KNP Complex is one of 12 active large fires. Rescuers have succeeded in combating two of the most devastating Dixie fires - up to 75% containment after it burned about 960 acres (500 hectares) in the northern Sierra and southern Cascade regions. Near Lake Tahoe, the location of the Caldor fire with an area of ​​more than 390 acres (219 thousand hectares) has increased to 260%.

The Dixie fire is the largest forest fire in the 2021 fire season and the second largest in recorded state history. The disaster burned at least 388 hectares of land, mostly planted with trees, and destroyed more than 000 buildings in its path. The fire, named for the road it rolled, began on July 1200 in Feather River Canyon, writes Sci tech daily.

As thousands of rescuers continue to fight the fire element, some have been distracted to help curb the nearby Caldor fire that threatened communities near Lake Tahoe before it crossed the state border into Nevada.

According to the Copernicus Atmospheric Monitoring Service (CAMS), smoke from fires in North America has spread across the continent and across the Atlantic towards Europe, but is unlikely to affect Europeans as it is high in the atmosphere. However, the smoke affected air quality in the United States and Canada, where it was much closer to the surface.