Home World Doomsday glacier in Antarctica has puzzled scientists: it poses a danger to millions of coastal residents around the world

Doomsday glacier in Antarctica has puzzled scientists: it poses a danger to millions of coastal residents around the world 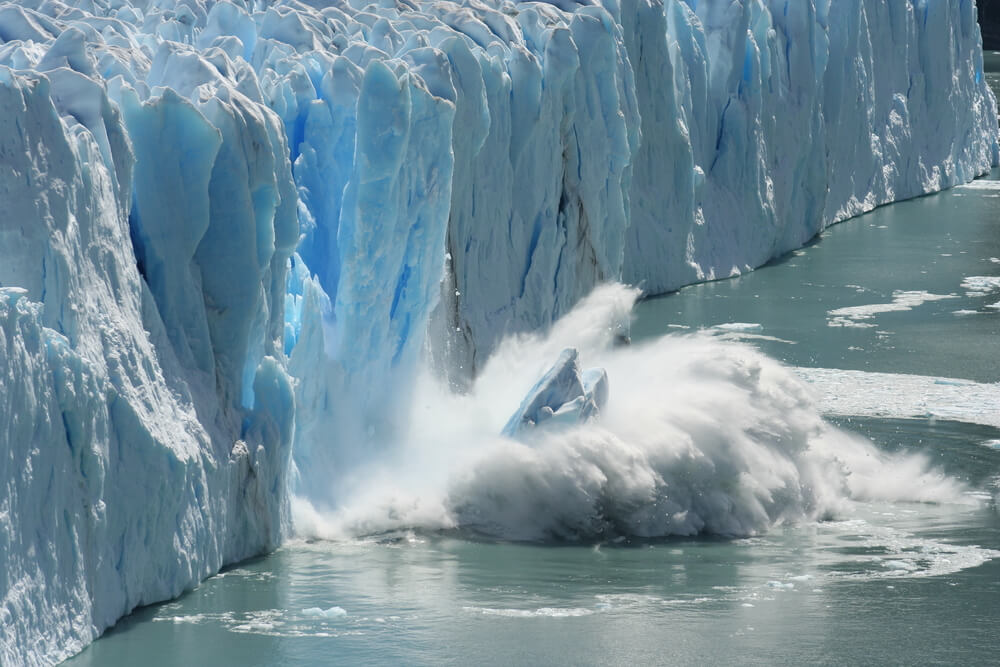 The Thwaites glacier in Antarctica, sometimes referred to as the Doomsday Glacier, is rapidly melting, according to an international team of scientists, as ocean warming slowly melts its ice from below, resulting in a faster current, more cracks and the threat of collapse.

This glacier is the size of Florida or Britain. It currently accounts for four percent of the annual rise in sea level. If it does collapse, the global ocean level will rise by 60 cm, leading to the threat of flooding and jeopardizing the lives of millions of people living in coastal cities.

“Thwaites is the widest glacier in the world,” said Ted Scambos, Senior Research Fellow at the Joint Institute for Environmental Science Research (CIRES).

“Over the past 30 years, the rate of outflow of water has doubled, and the glacier as a whole contains enough water to raise the sea level by more than 60 cm. And this could lead to an even greater rise in sea level, up to 3 meters, if it carries the surrounding glaciers with it. ",- he said.

Scambos is the lead US coordinator for the Thwaites International Glacier Cooperation (ITGC), a team of nearly 100 scientists funded by the US National Science Foundation and the UK Environmental Research Council to study the vulnerable glacier.

The five-year collaboration aims to collect instrumental data across the entire glacier and the adjacent ocean, and to model the ice flow and future ice caps. Their work revealed significant changes in the ice, the surrounding water and where it breaks away from the lower rock.

On the subject: In California, a shark killed a surfer: the authorities closed the beaches

Thwaites is located in West Antarctica, crossing a 120-kilometer stretch of frozen coastline. A third of the glacier along its eastern side is melting more slowly than the rest — it is held by a floating ice shelf, an extension of the glacier held in place by a seamount. The ice shelf acts as a brace preventing faster upstream ice melting.

Erin Petitt, an assistant professor at Oregon State University, said the ice sheet slowing the melting of Thwaites won't hold back for long.

Below the surface, warmer ocean water circulating under the floating east side is attacking this glacier from all directions, her team found. This water melts the ice directly from below, and in doing so, the glacier loses contact with the seamount.

Massive cracks have formed that are also growing, accelerating the disappearance of the glacier, Pettit said. This floating extension of the Thwaites glacier is likely to survive for several more years.

Warm water also poses a threat to the so-called "ground zone" - the area where the glacier breaks off the seabed, says Peter Davis, an oceanographer for the British Antarctic Survey.

Davis and his team use hot water to drill holes to access the ice shelf into the ocean trench hundreds of meters below. They found that the ocean waters in the ground zone are warm by polar standards and salty, and provide excellent conditions for the ice shelf to melt from below.

His team launched a remote-controlled underwater robot into the borehole to measure the temperature of the ocean, ice and seabed in the region. They mapped these properties to the point of contact between ice and the seabed. Washham describes the ground area as "chaotic" with warm water, hard ice, and a steep, sloping bottom that allows the water to quickly melt the ice underneath.

But upstream of that buoyancy line, the researchers found that water was actually pumped under the ice sheet a short distance by tide.

Lizzie Kline, a professor at Lewis and Clark College, and her team are studying the tidal pumping mechanism that forces warm water between ice and rock in Thwaites.

Kline said that the floating portion of the glacier rises and falls with the tides - and this movement acts as a lever to pump water under the ice sheet. In addition, downstream of the grounding zone at the bottom of the floating ice shelf, constant melting rapidly creates long channels in the ice through which water can flow, affecting the long-term stability of the ice shelf.

Anna Crawford, a researcher at the University of St Andrews, and her team are using computer simulations to study ice rock breaking: the process by which ice can break off the ends of a glacier into the open ocean.

The process can take many forms, but all of them can lead to very rapid detachment of a massive glacier.

The bedrock shape of West Antarctica makes the region vulnerable to rapid ice rock collapse, as higher and higher rocks can emerge as the ice breaks. This can lead to a chain reaction of destruction, leading to the collapse of the entire glacier.

The challenge for the team is to assess whether this can happen, when, and how quickly. Large ice loss is possible, ranging from several decades to several centuries.

“If Thwaites had collapsed, it would have dragged most of the ice in West Antarctica with it,” Scambos said. "Therefore, it is very important to get a clearer picture of how the glacier will behave over the next 100 years."

ITCG's research, including future ocean level forecasts, will be vital to policymakers in their efforts to mitigate and adapt to global ocean level rise, the group said.

This work was presented at the AGU Fall Meeting on December 13 during a press conference.

It has become more expensive to issue a US passport: new prices and fees

Personal experience: what is better not to do in the USA, so as not to get into an awkward position