Home At home Who defeated the Nazis: the United States and Russia argued about the role of the USSR in World War II

On the eve of the 75th anniversary of the victory over Nazi Germany, Russia and the United States again argued about the role of the USSR in World War II and its outcome. The Russian Ministry of Foreign Affairs (MFA) angrily responded to a White House tweet that mentioned only the United States and Great Britain as winners. Writes about it with the BBC. 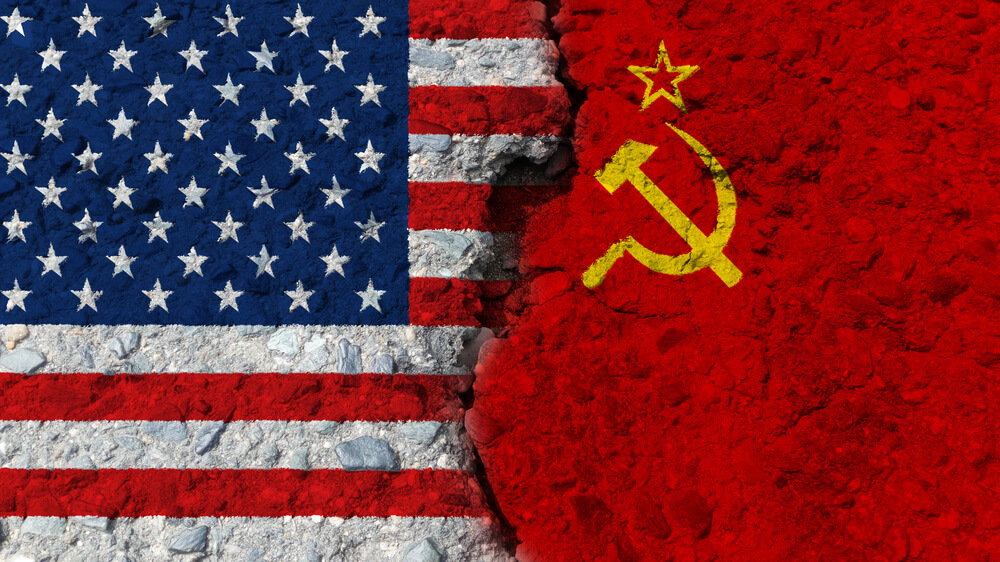 On May 8, a tweet appeared in the official account of the US Presidential Administration Donald Trump with a video where the president lays a wreath at the victims of World War II.

The video is accompanied by the caption: “On May 8, 1945, the USA and Great Britain defeated the Nazis! The American spirit always wins. And that's exactly what happens in the end. ” The video is overlaid with an audio recording of Trump's speech in which he pronounces these words.

On May 8, 1945, America and Great Britain had victory over the Nazis!

"America's spirit will always win. In the end, that's what happens." pic.twitter.com/umCOwRXWlB

In response, the Russian Foreign Ministry expressed outrage at "attempts to distort the results of the defeat of Nazism and the decisive contribution of our country, which do not stop in Washington."

“We cannot ignore the comments posted on the pages of the White House in social networks, where the victory over Nazi Germany is attributed exclusively to“ the United States and Great Britain, ”the Russian Foreign Ministry said in a statement. "The American officials did not have the courage and desire to pay tribute at least in half a word to the undeniable role and colossal disparate sacrifices that the Red Army and the Soviet people suffered then in the name of all mankind."

The Russian Foreign Ministry also promised to “have a serious conversation” about this with American colleagues.

The White House tweet caused a reaction among English-speaking users, and then among Russian-speaking ones. By Sunday, May 10, several hundred comments on the role of the USSR in WWII had accumulated beneath it.

On the subject: Either a Soviet resident or an American spy: a non-trivial story of a double agent

In one of them, the user pasanospoco posted a photo of the signing of the Act of Germany's surrender, where the Soviet delegation is visible, and added: "The Nazis surrender to the wrong guys."

Another commentator writes that "the sacrifices of the USSR cannot be compared with those suffered by other allies."

Even Russian opposition leader Alexei Navalny joined in criticizing the White House statements, writing on his Twitter: “Hello guys. Not that it was some kind of competition, but you missed one small detail. The contribution of my country to this great victory - 27 million Russians who gave their lives in the bloodiest battles of that war ”.

A statement by the Russian Foreign Ministry said that the White House’s tweet was contrary to the statement about the meeting on the Elbe, adopted by Donald Trump and Russian President Vladimir Putin on April 25. It just emphasized cooperation between the United States and the USSR.

What the State Department says

At the same time, the recent statements by the US State Department about the Second World War were of a different content.

Back on May 7, the State Department and the leaders of nine Eastern European countries issued a statement that pays tribute to the fighters against Nazism, but says that the outcome of the war "did not bring freedom to Europe."

“The Baltic States were illegally occupied and annexed. The Soviet Union also kept other countries in an iron fist with the help of overwhelming military superiority, repression and ideological control, ”it says.

The statement ends with a reminder that peace between countries "requires sincere and consistent observance of international law and norms, including the sovereignty and territorial integrity of all countries."

On the subject: Declassified data: how Soviet spies worked in different countries of the world

The document was signed by the head of the US Department of State Mike Pompeo, the leaders of Bulgaria, the Czech Republic, Estonia, Hungary, Latvia, Lithuania, Poland, Romania and Slovakia.

The leaders of the Baltic countries made a separate statement on May 7. In it, Russia is accused of distorting the circumstances that preceded the war, and in particular, the role of the Molotov-Ribbentrop Pact.

“Russia is trying to falsify history or misinform about the real situation. Especially - about the beginning of the war and the fact that the Soviet Union and Nazi Germany were friends and cooperated with each other to occupy Poland, and, from the Soviet side, Estonia, Latvia and Lithuania, as well as part of Romania, ”said President of Latvia Egils Levits.

Other Baltic leaders made similar statements. “For us, the war ended in 1993, when the last Russian soldier left,” said Lithuanian President Gitanas Nauseda.

Russia, in turn, has repeatedly blamed Western countries, including Eastern European ones, for trying to falsify history and wanting to glorify the forces that collaborated with the Nazis.

7 things familiar to Americans that perplex our