Home Educational program Large companies could owe you a tidy sum: how to get money 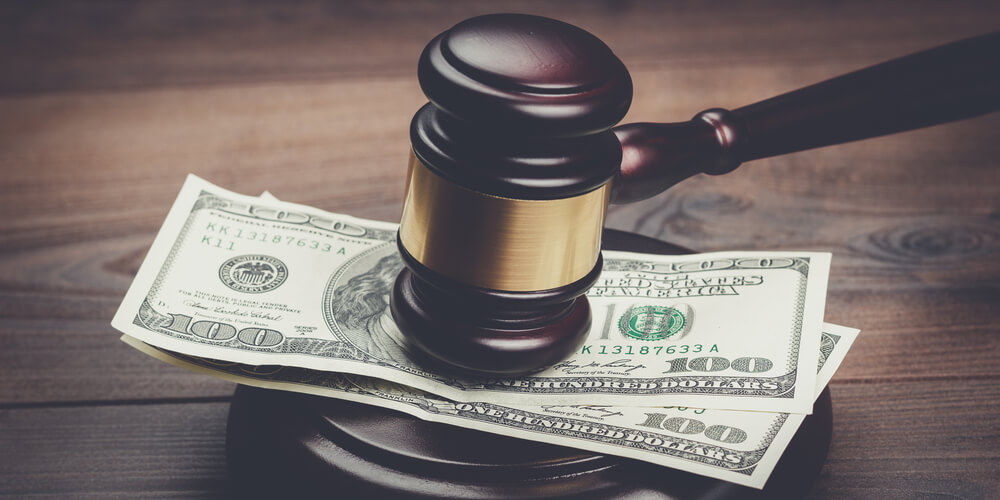 Settlement of a collective claim means that if you have suffered from the company's actions specified in the documents, but were not on the list of plaintiffs, you still have the right to compensation. So here are the biggest settlements in recent weeks.

Just Born, the producer of Mike and Ike and Hot Tamales, has agreed to a $ 3,3 million collective settlement over the fraudulent packaging allegations. The plaintiffs argued that the size of the boxes led them to believe that they were receiving more chocolates than they actually received.

If you purchased one or more cardboard boxes of Mike and Ike or Hot Tamales between February 3, 2013 and July 23, 2020, you may be eligible for cash or vouchers for free candy.

Vouchers can be used to receive one free box of Mike and Ike or Hot Tamales for every two boxes purchased. The maximum settlement is eight free boxes of chocolates.

If you own a white painted Nissan Rogue or INFINITI QX56, you may be eligible for an extended warranty or compensation if you paid to repaint the vehicle.

The owners of these vehicles stated that the paint was defective resulting in tarnishing and peeling. The plaintiffs argue that due to the premature paint failure, they had to pay out of pocket to repaint their cars.

Nissan pleaded no wrongdoing, but agreed to a class action lawsuit that will cover repainting costs under a four-year extended warranty.

Compensation and insurance coverage is capped at $ 400 for a Nissan Rogue repainting and $ 600 for an INFINITI QX56 repainting.

Apply before January 10, 2021, but remember to check the details first.

You could benefit from a $ 60 million settlement of a dispute involving alleged trade violations committed by the manufacturer of Suboxone, a drug for opioid dependence.

This group includes US patients who were prescribed Suboxone between March 1, 2013 and February 28, 2019.The amount of potential reward will depend on how long the consumer has taken Suboxone and how many applications have been made in total.

If you used the social networking platform Google+, you could benefit from part of a class action lawsuit in the amount of $ 7,5 million over allegations that a user's personal profile information was disclosed to third-party app developers.

Google shut down Google+ in April 2019, but before the platform shut down, plaintiffs allege their names, email addresses, interests, relationships, photos and hometowns were leaked due to a serious data breach.

The group of those who can receive money includes those who had Google+ accounts between January 1, 2015 and April 2, 2019, as this was the time when personal information of users was revealed due to "software bugs ".

Google was accused of reporting that only 500 users were affected in a two-week period, but the lawsuit says the data breach actually took place for nearly three years, which means that many more users were likely compromised.

Team members who file a valid claim will receive a prorated share of the fund, up to $ 5 paid, but if settlement funds remain after the original disbursement, an additional distribution of up to $ 12 will be paid.

Application must be submitted until October 8, 2020

The nearly $ 1 million settlement agreement will benefit consumers who receive communications from or on behalf of the Freedom Boat Club between March 26, 2015 and June 25, 2020.

The complaint says TCPA requires companies to obtain prior consent from cell phone users in order to legally send telemarketing text messages through the dialer.

Freedom Boat Club denies the allegations, but all parties agreed to settle the lawsuit to avoid further costs and risks of further litigation.

The exact amounts of potential benefits for each applicant are unknown, but they are said to be around $ 7,25 and reportedly will not exceed $ 10,50 per person.

Follow this link to get full information and file a claim until 5 October 2020 year.

Discount website Five Lower agreed to a $ 112 collective settlement in relation to claims that users suffered multiple data breaches in 000 and 2018.

The plaintiffs argue that the company failed to protect their information from unauthorized access, which put them at risk of fraud. Some plaintiffs claim that they suffered material damage.

Five Lower pleaded not wrong, but agreed to settle claims against them.

Applicants are eligible for payments of up to $ 250 to reimburse personal expenses and lost time incurred as a result of data breaches. The cost of lost time is $ 20 per hour, with a limit of five hours of documented lost time, or three hours excluding business hours if buyers are faced with fraudulent payments.

An additional charge of $ 22 may be paid for each credit or debit card that has documented fraudulent transactions as a result of a security breach.

Check out full details of costs covered and instructions for filing a claim form until 9 October 2020 year.

You may be eligible for part of a $ 34 million class action settlement related to allegations that drugmaker Celgene implemented a price-fixing scheme to increase the cost of cancer drugs Thalomid and Revlimid.

Patients and third parties who paid for Thalomid and Revlimid in certain states may be considered affected if purchases were made at any time before May 20, 2020. Covered states include:

Cancer sufferers, their families and insurers have filed a class action lawsuit against Celgene, alleging that the pharmaceutical company conspired to prevent the less expensive generics of thalomid and revlimid from entering the market in order to continue to make more profit. As a result, the plaintiffs claim that they paid more for the drugs than they would otherwise have paid.

Celgene denies any wrongdoing, but agreed to settle the lawsuit to avoid the ongoing costs and risks of litigation.

Applicants will be eligible for a prorated settlement fund after attorney fees have been paid from it; separate claim forms exist for consumers and third-party payers. The amount of the potential premium is currently unknown.

Find complete information and instructions for filing a claim until 15 October 2020 year.

Ten products that are profitable to buy at Costco