Home In the U.S. Bloody weekend: wave of killings and injuries among protesters swept across the USA

The authorities of major US cities announced a bloody weekend amid growing calls for the disbandment of police departments after the death of George Floyd, writes Fox News. 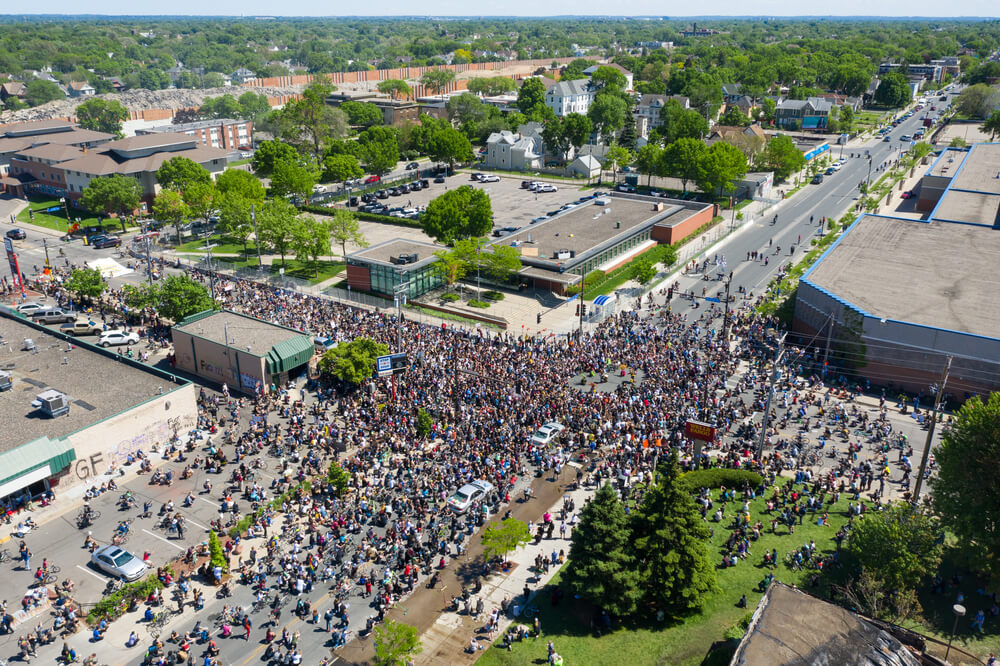 It became known about the shooting in a free from the police area of ​​Seattle called "Autonomous Zone" - at least one person died. This was reported by the Seattle city police conducting an investigation at the scene, writes "Voice of America".

On Saturday, June 20, at about 3 am, Seattle police officers received several reports of 3-6 shots being fired in the Autonomous Zone area. The police arrived at the scene on foot and with security equipment used during the protests. On the spot, law enforcement officers collected bullet casings and other evidence.

Recall that in the city of Seattle, protesters created the so-called police-free area "Autonomous zone". Law enforcement officers left the nearest police station on June 8 after clashes with protesters. The order on the territory appears to be controlled by protestors armed with firearms.

According to a local blog, a security officer saw the shooter. He arrived in a black SUV and got out of the car with a rifle after graduation Juneteenth celebrations.

Two victims of the shooting were taken from the scene of the crime by volunteers to the hospital. One man, a 19-year-old boy, later died.

On the subject: “Bugalu Boys”, “Proud Guys” and “Antifa”: which groups participate in protests in the USA

One person died, another 11 people were injured in a gunfire that occurred on Sunday morning, June 21, in the north of Minneapolis, city police said. All wounded were injured, not life-threatening, writes "Voice of America".

Law enforcement officials say that the attacker could not be alone. No one has been detained yet. The motive for the attack is also not known.

The incident occurred 5 kilometers from the commercial area of ​​the city, where protests against racial inequality took place after the death of George Floyd. Fox 9 reported that the suspects opened fire when visitors were awaiting entry to the restaurant.

“They started here on the sidewalk and headed towards the middle of the street, shooting from the sides,” said witness Fred Hwang. "That's why there is broken glass here, and also a window is broken right next to our building."

Police also report two other shooting incidents that occurred on the evening of June 21 in the south of the city. A city police spokesman said angry protesters prevented police from arriving at the scene.

Shooting attracted the attention of Rep. Ilhan Omar, who wrote on Twitter: “It hurts me to see another senseless act of violence in Minneapolis. Our city has survived so much, and we must promote peace by putting an end to violence with the use of weapons.

Police said that 2 people were killed and 7 more injured in a fire in Charlotte, the largest city in North Carolina, where 5 other residents were hit by a car, writes USA Today.

Shooting occurred around midnight on June 21 at a “makeshift quarter party," deputy police chief Johnny Jennings told reporters on Monday, June 22. Police found hundreds of people on the streets. After the emergency services arrived, several shots were fired that scattered the crowd. 5 people were hit by cars during the flight.

Jennings said there was evidence of the activity of several shooters, but no one was in custody as of the morning of June 22.

In Chicago, at least 14 killed and 104 injured were recorded. Among the dead were a 3-year-old boy and a 13-year-old girl. A teenage girl was shot at her home - she was indoors when she received a stray bullet in the neck from a shot outside. She was pronounced dead at the hospital. 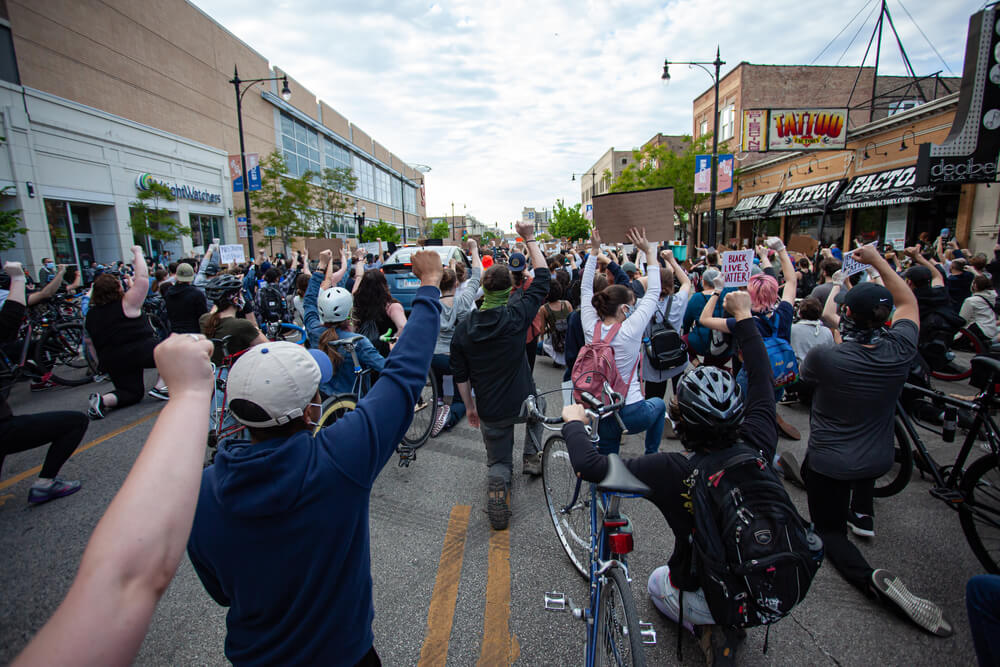 8 people who received bullets were children and adolescents, 5 of them died. The 3-year-old boy was with his stepfather around 18:30 p.m. on Saturday, when the bullet hit the child in the back. Witnesses told the station that the firing was from a blue Honda. Two boys, 15 and 16 years old, were walking in the alley at 0:18 in the morning, 4700 blocks from West Superior Street, when someone opened fire on them. One of the boys died. Two teenagers were killed just over an hour earlier in southern Chicago. 17-year-old Jacen Francis and a 16-year-old guy whose name is not given were in the alley around 17:10, when a suspected man approached them and fired. Both have died.

“Tears are a natural reaction to these tragic stories of violence. But we need more than just crying, says Chicago Police Superintendent David Brown. - Let's keep violent criminals in prison longer, and let's update the home monitoring system. She does not work."

On the subject: “It was the last straw”: Russian-speaking residents were at the center of protests in the United States

Monday, June 22, newspaper New York Post reported that the day before in New York, “they shot once an hour,” and referred to the chief of police, who told the newspaper that the accused arrested for possession of weapons were allowed to leave the prison during the coronavirus pandemic. The newspaper reported that 24 people in the city received bullets on that day alone.

The bloody weekend came amidst how cities around the country think about the future of the police. The Floyd affair and the recent assassination of Reichard Brooks in Atlanta have exacerbated relations between city leaders and police unions. Protesters say cities spend too much money on these departments and not enough on city programs. Police unions said they feel abandoned by politicians and harassed by the press. 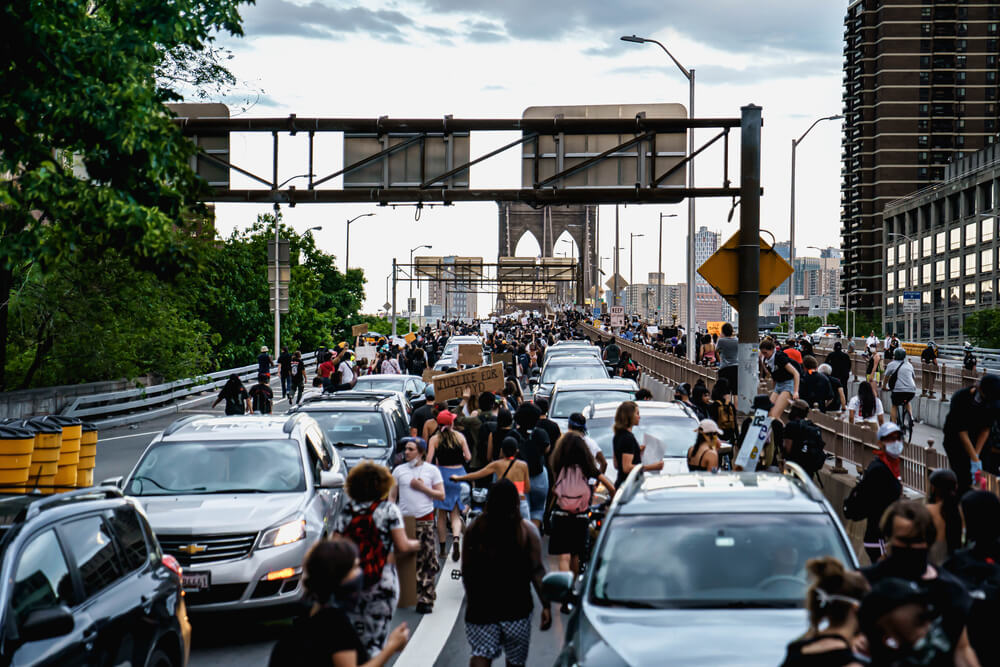 The Liberal wing of the Democratic Party has called on cities to either sharply cut funding or completely disband police departments. Omar said the Minneapolis Police Department is "rotten to the core" and should be disbanded. She called the ward "a cancerous tumor that needs to be amputated to keep it from spreading."

Key Democrats, including prospective presidential candidate Joe Biden, distance themselves from the idea of ​​"definancing."

“I am not in favor of defining the police. I support the provision of federal police assistance based on whether they meet certain basic standards of decency, dignity and, in fact, are able to demonstrate that they can protect the community, everyone in the community, ”Biden said.

Bill de Blasio, mayor of New York, earlier in June promised to cut funding for the department. Rep. Alexandria Okasio-Cortez said part of NYPD's $ 6 billion annual funding should be redirected to tackle systemic racism. She said the city police budget “costs us books in the hands of our children and the funds we really need”, bearing in mind the need to invest in public housing.

Supporters say police protection does not come down to liquidating police departments or depriving them of money. They say it’s time for the country to tackle systemic police issues in America and spend more on community needs in the United States, such as housing and education.

On the subject: Conspiracy, tricks of Russia and the local problem: protests in the United States through the eyes of our immigrants

De Blasio did not specify exactly how many policemen he plans to reduce, but last week the New York police announced that they were dismissing their anti-crime team. Commissioner Dermot Shea said some 600 unit officers will be transferred to other teams. The disbandment followed the removal of a New York police officer for using a pepper spray against demonstrators. Two other officers were removed from work, the third was appointed to the duty unit, and the district officer was transferred.

President Trump has used calls to defend the police to position himself as a presidential candidate supporting law and order.

“They say stop funding the police,” he said. - Stop funding. Think about it. When I saw this, I said, "What are you talking about?" “We don't want us to have the police,” they say. Don't you need the police? "

Trump signed a police reform order: what's in the document

In Seattle, protesters set up a police-free zone: what's going on

In Atlanta, cops killed an African American during the arrest: protests erupted with renewed vigor