Home Page In the U.S. Border crisis: illegal immigrants are freely released to the United States and placed in hotels for free

The U.S. Immigration and Customs Service has signed a $ 89,6 million contract with a Texas nonprofit to accommodate Central American migrants in hotel rooms while the feds deal with a huge number of newcomers to the border, writes New York Post. 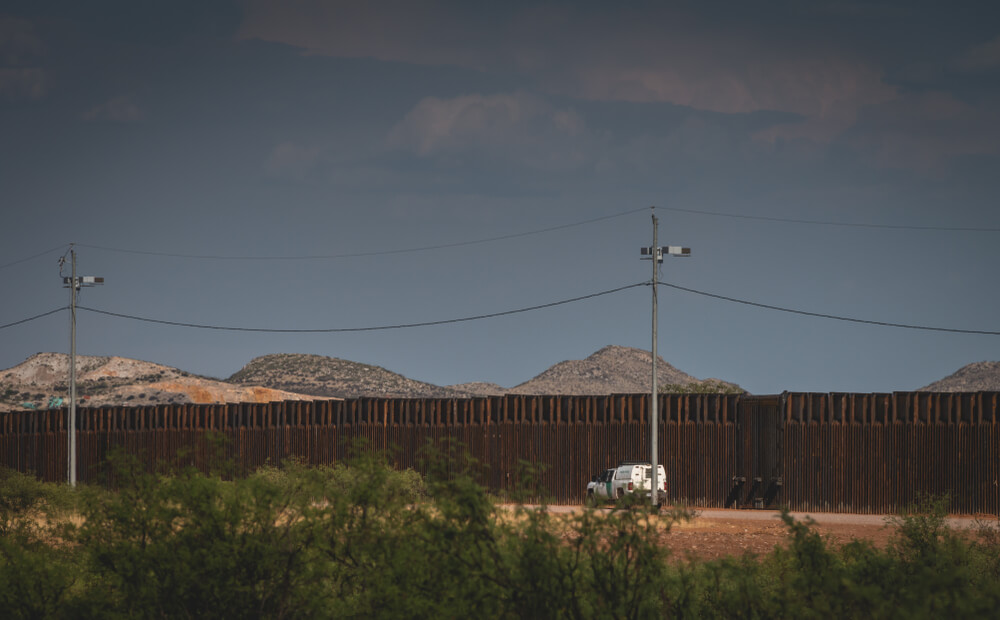 On Saturday, March 20, a deal was announced as migrants continued to arrive at the border at a rate unseen in the past 20 years, including unaccompanied children. They were housed in jail-like detention centers pending transfer to federal shelters across the country.

“ICE has signed a short-term contract with the nonprofit division of Endeavors to provide temporary housing and processing services for families who have not been expelled and are therefore in immigration procedures to be removed from the United States,” said ICE Acting Director Tay Dee Johnson. "The contract for the amount of $ 86,9 million provides for the provision of 1239 beds and other necessary services."

Families will be accommodated in hotels near the border, including in Texas and Arizona, under a six-month agreement that could be extended.

John Allman, CEO of San Antonio-based Endeavors, told Fox Business that the contract includes "critical services for migrant families, an extension of the services we have provided to migrants since 2012."

Johnson added: "Families will receive a comprehensive health assessment, including testing for COVID-19."

But even when the deal was announced, Johnson discouraged potential migrants from crossing the border dangerously and illegally, warning that most people would be returned in accordance with coronavirus-related precautions.

Since the inauguration of President Biden, who began to reverse his predecessor's more restrictive immigration policies, migrants have flocked to the border with increasing frequency, and many expected the commander-in-chief to welcome them to the country.

Administration officials have tried to cope with the humanitarian and security crisis - and have been reluctant to even publicly admit it as such.

On the subject: Immigration crisis: how are things at the US border after the lifting of many restrictions

Migrants are released without a court order

Some immigrants told NBC Newsthat they were being released to the United States without specifying how they would be contacted to attend the asylum hearing.

Border agents in the Rio Grande Valley, the epicenter of the current influx of migrants, were allowed on March 20 to proceed with the release of adult migrants and their families from custody before they were scheduled to appear in court, according to an internal document obtained by NBC News.

The move "aims to mitigate operational concerns, including national security risks, during the significant spikes in illegal migration that currently exist in the Rio Grande Valley," by reducing the time immigrants spend in custody, the document says.

Some immigrants told NBC News that they were released without telling how they would be contacted.

Releasing a migrant pending a date for an immigration court hearing to decide whether the migrant will be deported or allowed to remain in the United States is a departure from customs and border control policies. The CBP usually issues a “Notice of Appearance” to all migrants before they are released or sent to Immigration and Customs for detention.

Some immigrants said they were asked to provide contact information before being released and were told that a trial date would be “set” and would be contacted within 30 days. Others said that they were not asked for contact information, but were simply given identity documents, which they were told to show to local law enforcement if they were stopped in the United States. It is unclear how the US government will contact these people to make sure they appear before an immigration judge.

A CBP spokeswoman said the border remains closed to families and single adults, but since Mexico is unable to take back all families, some remain in the United States.

“In some cases, families are expelled at a later stage in the release process, rather than at border patrols,” the spokeswoman said. "However, all families are checked at the border patrol, including the collection of biographical and biometric information, as well as background checks on criminal cases and national security."

On March 19, the border patrol detained 1807 migrants who were traveling with their families, and only 179 of them were sent back to Mexico.

The release of adult migrants and families will create more space for children in border guard custody. Unaccompanied migrant children are particularly affected by overcrowding, as they must remain in border patrol custody until they are transferred to the care of health and social services. As of March 21, more than 822 children have been in border patrol custody for more than 10 hours, which, according to the head of the Department of Internal Security, Alejandro Mallorcas, “is not a place for a child”.

The document states that under no circumstances will unaccompanied migrant children be released from border patrol custody, as current law requires HHS to provide them with care and liaison with a family member or other trusted sponsor.

Other criteria that allow agents to release single adult migrants and their families from border patrol custody without a trial date include cases where border patrols in the sector are 75 percent busy and the number of immigrants arriving exceeds the number of departing immigrants by 24 hours. period. In addition, agents can release migrants if the number of unaccompanied children in custody exceeds 50 percent of the station's capacity, and these children cannot be admitted to HHS for 48 hours, the document says.

According to the document, agents are instructed not to release an immigrant if it is determined that he poses a threat to national or public security.

Biden and immigration: what important decisions did the president make in a month and a half of work