Home Page Educational program Coronavirus can be re-infected: what you need to know

Coronavirus can be re-infected: what you need to know

Researchers from the University of Hong Kong were able to identify and describe the first proven case of re-infection with coronavirus. COVID-19 was found in a 33-year-old man who recovered from the first infection back in mid-April, and exactly four months later, in August, he fell ill again. Writes about it Meduza. 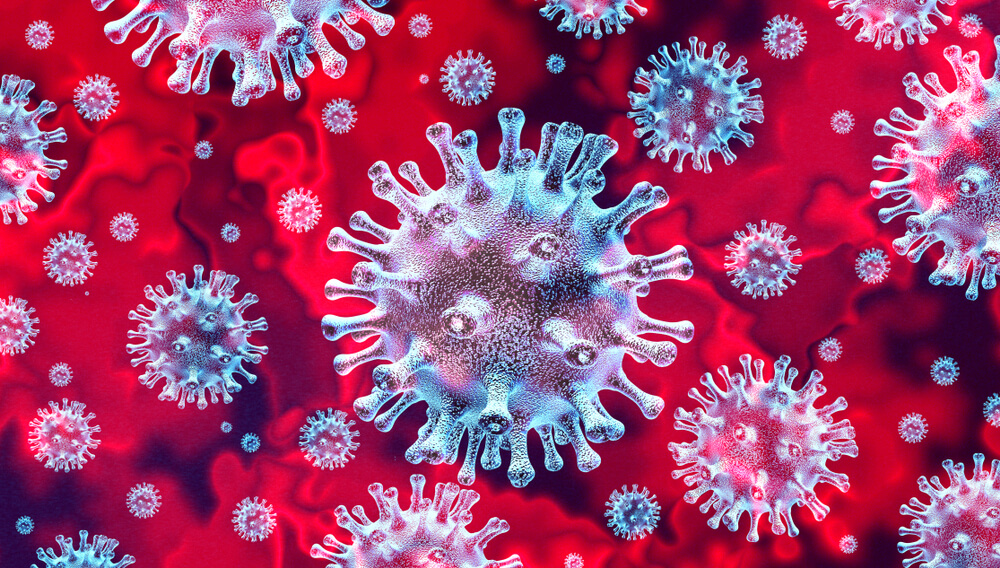 This may not be the first re-infection, but this is definitely the first reliably proven. Repeated diseases were discussed in Japan back in February. In April, several hundred such cases were investigated in South Korea, but then they were not confirmed.

So far, the evidence that this is a re-infection has been too inconclusive. Now they are quite enough to assert that re-infection in some cases is indeed possible.

The difficulty in detecting reinfection is to distinguish the continuation of the first infection from the actual reinfection. And this complexity is connected with how, in fact, COVID-19 is diagnosed. This is usually done using tests that determine the presence in a smear or saliva of the genetic material of the virus - its RNA.

But these tests are far from perfect.

Tests can give false negative results, that is, they do not detect the virus when it is still in the body. This makes it appear as if the person has fully recovered, and then, after a possible deterioration, re-infection is misdiagnosed.

Tests can give a positive result when there is no viable virus in the body (one that can infect cells and infect other people). The fact is that genetic material can remain in the human body for much longer than a viable virus itself. It will look like re-infection and asymptomatic course, but in reality nothing like that happens.

For example, back in May, the Korea Center for Disease Control and Prevention released detailed analyzes of all cases in the country that were originally reported as re-infections. But the matter turned out to be simply insufficiently sensitive tests: they gave first positive, then negative, and then again positive results. In reality, there was no re-infection.

With the help of sequencing, that is, reading the identified genome of the first and second viruses, which turned out to be different from each other, it was still possible to prove reinfection. And this became possible thanks to the well-established system for collecting biological samples, without which it was unrealistic to conduct such an experiment. The man was hospitalized at the end of March with mild symptoms of COVID-19, samples were taken from him for analysis, some of which scientists decided to freeze.

In mid-April, the patient was discharged, but in August he again sought medical help. After traveling from Europe, he needed to take a test. And it was unexpectedly positive. The man was re-hospitalized, although he had no symptoms. Upon learning of this situation, researchers at the University of Hong Kong decided to read the genome of the virus from both new and old samples. It turned out that they belong to different related lines, with the new virus belonging to the branch that is most widespread in Europe.

Could this be the only proof

The difference in strains cannot be the main argument. In this particular case, there are several more factors that indicate re-infection.

The patient did not have antibodies to SARS-CoV-2 either during the first infection or in the first three days of the second. But on the fifth day, they still appeared - this means that the immune system reacted to re-infection. But this went unnoticed for the man, since his body temperature did not rise.

Some inflammatory proteins were elevated, which also indicates an active immune response.

RNA of the virus during re-infection was initially determined in significant quantities, but gradually its concentration dropped sharply. This suggests that the immune system began to fight the infection and successfully waged it.

142 days passed between the first and second infections - more than the longest cases of non-viable genetic material in the body still known.

Is immunity developed after the first infection

Partially. The patient's second infection was much easier than the first. This means that the immune system has memorized the virus and provided some protection against it. This was not enough to completely suppress the multiplication of the virus, but at least there were no symptoms of the disease the second time.

An important factor is that the immunity that provided this asymptomatic course was not associated with the presence of antibodies. The main role was played not by antibodies, but by cells of the immune system that fight viruses. And this confirms the statement that a low level of antibodies in itself does not mean a lack of immunity to the disease.

The second infection may be more dangerous than the first

There is no data yet to be able to think so. The Hong Kong case, although it is still an isolated one, speaks rather of the opposite: the second infection, unlike the first, passed without symptoms at all. It would have gone completely unnoticed if the patient had not been tested for the presence of coronavirus.

On the subject: Scientists are developing a new strain of coronavirus to deliberately infect people

But even a person who has already been ill with COVID-19 can again become a carrier of the disease. This means that it will be more difficult to achieve herd immunity, and the coronavirus itself will remain with us for a long time.

If re-infection is possible, then a third may also happen.

This is not yet known, but such an opinion exists.

In the case of this particular Hong Kong patient, another infection is unlikely in the coming months. During the second infection, he still developed antibodies that were not there before. And they usually have a protective activity.

But whether another infection can occur in the same person in a few years is still unknown. Scientists don't know how long the immunity to the new coronavirus will last. Perhaps it will last for a year or two, as in the case of common coronaviruses that cause the "cold", which are re-infected on average every three years. Or maybe it will persist for many years - as happened in several people who have recovered from SARS-CoV-1 “SARS”.

If the infection is accompanied by the production of antibodies, then the likelihood of re-infection is reduced. But if antibodies are not produced, then further infections are possible, although, most likely, not so serious.

Immunologist Akiko Iwasaki, who has published several important papers on coronavirus infection, commented on the new article as follows: "This is not a reason to panic, but a textbook example of how immunity should work."

Will the vaccine save you from re-infection?

The artificial immunity caused by vaccines has a slightly different nature than the natural immunity of those who have been ill. First of all, it depends on the type of vaccine and how strongly the vaccine activates the immune system - this reaction must be strong enough. According to preliminary test data, this can be achieved.

WHO predicted when the COVID-19 pandemic will end

School during a pandemic: how to protect a child from infection and strengthen his immunity

'Harm more than good': WHO urged countries not to quarantine again