Home Page In the U.S. The end of San Francisco: how the beloved city turned into an expensive dangerous garbage can

The end of San Francisco: how the beloved city turned into an expensive dangerous garbage can

Many San Francisco Bay Area residents are leaving the Bay and relocating. The reason for this is the surge in homelessness and crime, as well as the devastating consequences of the COVID-19 pandemic. Writes about it CBS Local. 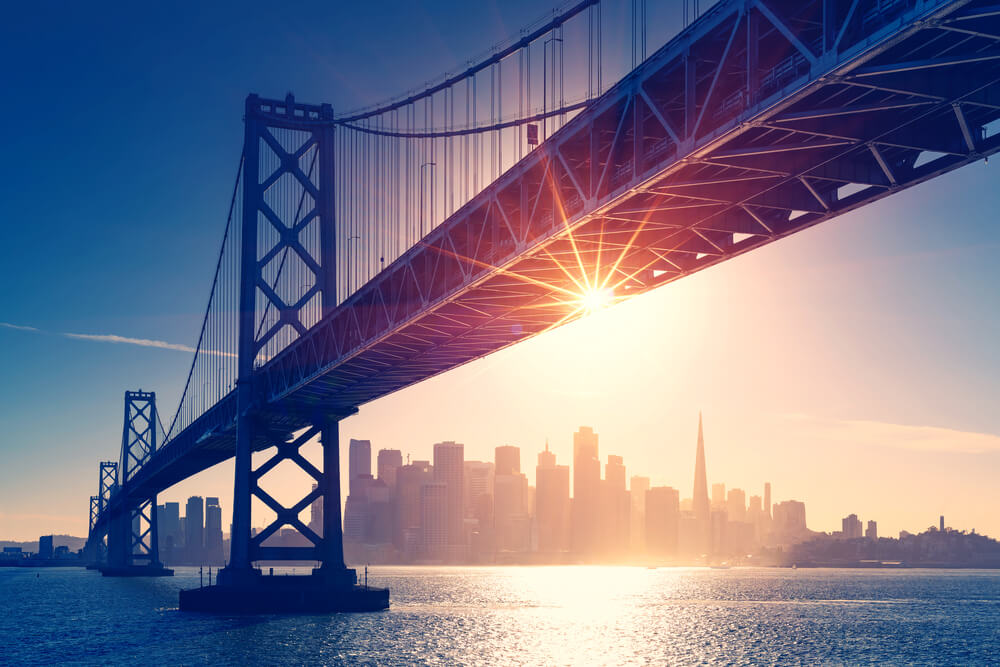 Many locals are seriously considering moving, according to a new poll. The poll was published by the San Francisco Chamber of Commerce based on feedback from over 500 residents.

It turned out that more than 40% of respondents plan to move out of the city in the next few years.

"There is nothing worse than seeing such a beautiful place in such a mess, I was sad when my things were loaded, but I have never felt such relief," said Lindsay Stevens

After spending over 12 years in San Francisco, Stevens recently sold her home and moved to the Palm Springs area.

“I honestly think we have seen a dramatic decline in the quality of life over the past three years,” she said. "Homelessness has become a serious problem, people do not feel safe walking with their dog, it seems that the number of burglaries is constantly growing."

“I think security is a huge issue, even two years ago, when I first moved to the city, I never considered some areas to be unsafe,” said Minku Lee from San Francisco.

The 24-year-old resident himself became a victim. He was racially and physically assaulted by a homeless man.

“He said a curse, pushed me, I was very scared of the incident,” Lee said.

On the subject: Pharmacies close in large numbers in San Francisco due to constant thefts

The overwhelming majority of those surveyed (82%) said they would like to see more social workers on the streets to help people with mental illness and substance use problems.

Almost 75% supported an increase in the temporary homeless shelter. Earlier this month, the mayor of London Breed announced a $ 1 billion investment to help address homelessness over the next 2 years. This will include funding for housing and mental health services.

Why do residents love and hate San Francisco

Michelle Robertson told the publication SFGate why, in her opinion, San Francisco is slowly "dying", but still attracts people.

“For some time, I wondered why the people of San Francisco are so interested in stories of people leaving the bay. San Francisco is becoming increasingly inhospitable to the average person. The average rent for a one-bedroom apartment is $ 2. A family of four is considered “low income” if it earns less than $ 695. This place is difficult to exist in the long run, ”she writes.

People realize that they cannot buy a house and put down roots. In addition, the spike in crime, homeless people and feces on the streets is not very attractive for new residents. Despite all this, people still love this city.

A new collection of essays explores the idea of ​​“love or leave” San Francisco. The Golden Gate's End: Writers on Love and Departure from San Francisco, published by Chronicle Books, includes essays by Margaret Cho, Daniel Handler, and Michelle Tee, among many others. The essays are funny, heartbreaking, insightful - and sometimes inspirational - and many try to answer the question: Why do people stay in San Francisco?

For many, this is a matter of memory, history and nostalgia.

In "The End of the Golden Gates" there is a moment composed by the light hand and penetrating gaze of comedian Kamau Bell: “I once performed at the Vesuvio Cafe, where Allen Ginsberg was reading a new poem. Margaret Cho came in to try out some new material. Kirk Hammett and Jerry Garcia performed folk songs on acoustic guitars. Armistead Mopin sat and wrote a book that ended up being Fairy Tales of the City. And Willie Mays and Rick Barry were there the whole time. "

In his essay, Bell admits that it is precisely that the city will never be the same, that something can be missed, and that it works to ensure that people stay.

“This is the problem for writers writing about San Francisco. Many of the essays are devoted to this self-mythologization of the city and those who live here. But how to write about the disappeared place? How to separate memory from reality? " - says Robertson.

“When I think back to my childhood San Francisco - I was born at the dawn of the dot-com boom - my memories of the city are as vague as fog. They are scraps of imagery: buying clothes for school in the huge, gleaming Westfield mall, buying a pretzel from a vendor on Market Street, buying coffee with my best friend's aunt, Michelle writes. “There are no high rents and no housing crisis in my memory.”

“Looking back, we remember only good things and something of our own. My San Francisco will never be your San Francisco, and that's what is so dizzying, wonderful and maddening in this place, ”says Robertson.

In the book, every writer agrees on one thing: San Francisco has changed, and in many ways for the worse. Many writers yearn for the old city as they remember it.

“The San Francisco I knew and loved was revamped, sleek, chrome, polished, colonized, homogenized and marginalized as a cultural innovation force,” writes Peter Coyote. "The transformation was smooth and hassle-free thanks to money and a passion for power."

“San Francisco,” he writes. - Too expensive and too rich in monocultural terms. Its technological wealth and privilege has made it a cozy enclave for the heartless. "

But what awaits the city next - technology has transformed it, and people are leaving.

“I found the answer in Gary Kamiya's outstanding essay, San Francisco is My Home. Kamiya acknowledges the city's shortcomings: "prohibitively expensive housing, an influx of technical workers, traffic, crime, dirty streets and an ever-worsening homeless crisis." But he will also explain why, despite all this, he wants to live here, ”Michelle emphasizes.

“At any moment, when you move through the intricate terrain of this city, behind a shop window or a neon sign, a strange hill or something unfamiliar to you suddenly rises in the distance, as mysterious, alluring and otherworldly, as one of the landscapes against the background of a painting of the Renaissance. - he writes. "San Francisco offers you the entire universe at every turn."

“I recently returned to San Francisco from Los Angeles, and one of the things I missed the most - as silly as it was - was the hills. Now, just 90 steps from my door, I can climb the sidewalk to watch the city glow at sunset. There is still magic here, Michelle writes. "Sometimes it worries me that the discourse of people leaving San Francisco is doing more harm to the city than it helps."

“If people want to leave, let them go. I'm much more interested in those who stay, says Robertson. - I love San Francisco. There is no other place for me where I would rather be. "

'Work, work, work, die': a programmer from Ukraine talked about moving to Silicon Valley and working at Netflix

How homelessness in California went from a nuisance to a disaster