Home At home Comedian Zelensky made Poroshenko instead of New Year's Eve and announced that he was going to the presidency. VIDEO

Comedian Zelensky made Poroshenko instead of New Year's Eve and announced that he was going to the presidency. VIDEO

Ukrainian comedian and actor Vladimir Zelensky announced that he would participate in the presidential elections in the country. This message he made, speaking instead of Petro Poroshenko a few minutes before the new year on one of the most popular TV channels in Ukraine. The speech of the president was shown later. 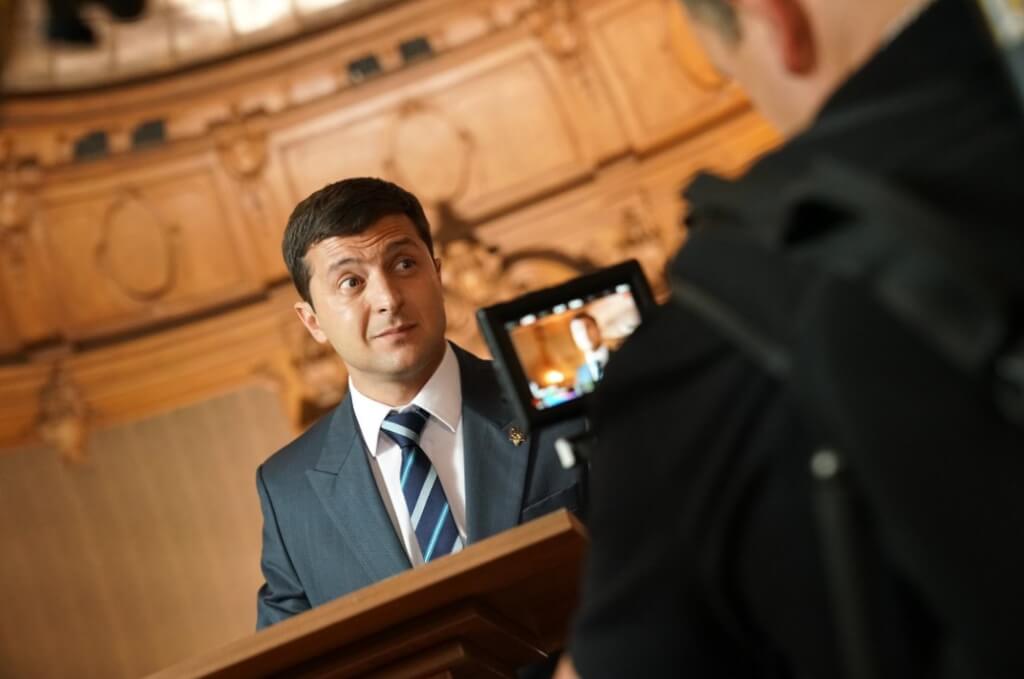 A video with Zelensky's statement appeared on all social networks and on YouTube that concern him. In his address, Zelenskiy says that every Ukrainian has several options: “go with the flow,” go to work abroad and try to change something himself. The actor said that he chose the third option for himself, writes Rtvi.

"Good evening friends. Soon we will celebrate the New Year and continue the “Evening Quarter” (it is said about the New Year's air on the “1 + 1 ″ TV channel - 24 channel). In the meantime, I have a short break, I decided to talk to you frankly, like Vladimir Zelensky, "the showman began his speech, he quotes 24tv.ua.

We note that immediately after these words he switched to the Ukrainian language.

“Now in Ukraine there is a situation where every Ukrainian has three ways. The first way is to live as you live, to go with the flow, and this is normal, this is everyone's choice. The second way is to pack up your things and leave for another country to earn money there and give it to your loved ones ... and this is also normal. But there is still a third way - to try to change something in Ukraine yourself. And I chose him for myself, ”the leader of“ Kvartal 95 ”emphasized.

He emphasized that everyone asks him about his participation in the presidential elections: "Are you going or not going?"

“You know, unlike our great politicians, I didn't want to uselessly promise you. And now, a few minutes before the New Year, I will promise you something and immediately fulfill it. Dear Ukrainians, I promise you to become the president of Ukraine and I will immediately fulfill it. I am going to the President of Ukraine. Let's do it together. Happy New Year! With a new servant of the people! ”Said Vladimir Zelensky.

The presidential election in Ukraine will be held on March 31. The election campaign officially kicked off 31 on December 2018 of the year.

In addition to stand-ups and film roles, Zelensky is also known as the head of the Kvartal 95 studio, which produces television content, films and organizes concerts. Zelensky was also the general producer of the Inter channel in 2010-2012.

Ukrainian media linked Zelensky’s candidacy with businessman Igor Kolomoisky. Allegedly, the oligarch in the upcoming elections made a bet on Zelensky and will deal with his support. It was on the channel 1 + 1, which is part of the holding owned by Kolomoisky, that on the New Year's Eve, due to the appeal of Zelensky, the broadcasting of congratulations to the current president, Petro Poroshenko, was delayed.

According to the November polls, the comedian ranked second among possible candidates for the presidency of Ukraine. Then 9,9% of respondents were ready to vote for him - one percentage point more than Poroshenko.

Yulia Tymoshenko took the first place in the poll - they were ready to vote for her more than 15% of respondents.

Martial law in Ukraine: Poroshenko made an unexpected statement. VIDEO

Ukraine has created an independent Orthodox church and elected its head

The Congress recognized the Holodomor as a genocide of Ukrainians