Home Our people Colonization of the planets and the fight against climate change: Ukrainian works in a unique laboratory in the USA

Ocean with coral reefs, swamps, rainforest, steppe and desert under a glass dome. In Arizona, almost 30 years ago, the Earth’s biosphere was recreated. The project was conceived as a study of the possibilities of colonization of other planets. This is stated in the video "Voices of America". 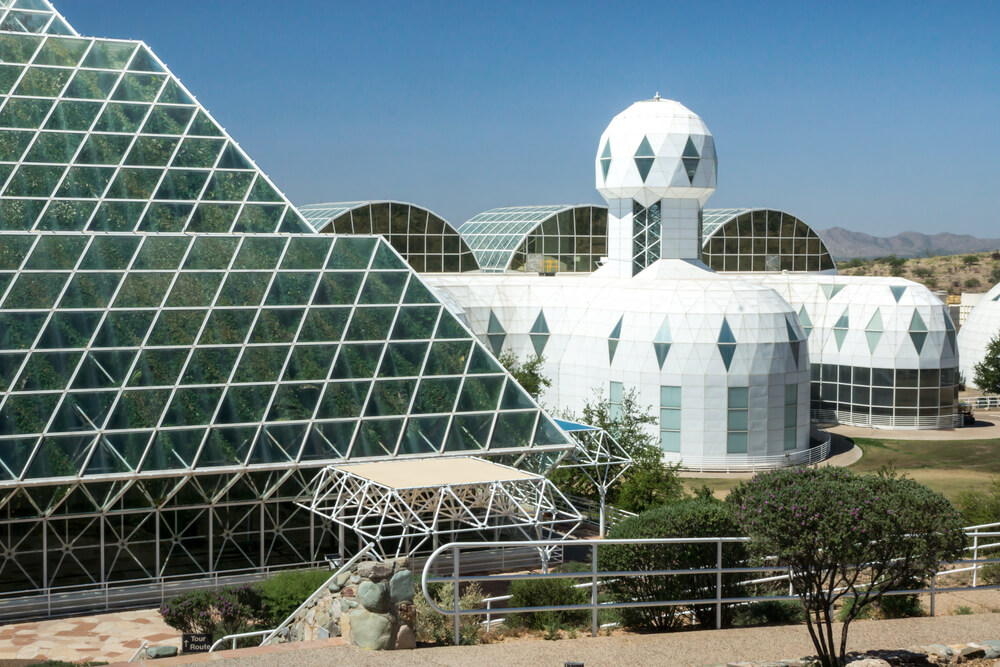 They conducted an experiment on the autonomous life of a group of people for 2 years. Today it is a scientific laboratory of unprecedented proportions, where scientists are looking for ways to clean the Earth from carbon dioxide.

At the forefront of these studies is a Ukrainian scientist. Not far from the city of Tucson is a unique research laboratory - “Biosphere-2”. These are 7 airtight rooms with an area of ​​1,5 hectares and a volume of more than 200 square meters, on which the Earth’s ecosystems are recreated.

Together with a group of scientists, a doctor of sciences from Kiev, Ekaterina Dontsova, has been working at this facility for 11 years.

“When I arrived, I didn’t know why it was called“ Biosphere-2, ”I thought somewhere another“ Biosphere 1 ″ was built somewhere else, then I found out that Biosphere 1 is our Earth, ”Dontsova says. 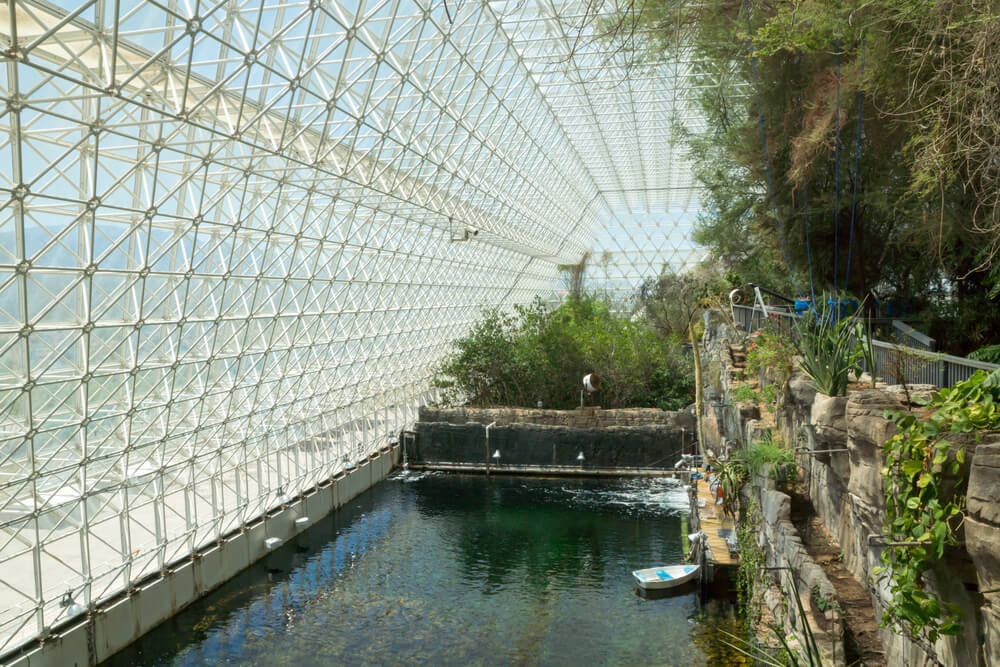 The doctrine of the biosphere was created by the first president of the Ukrainian Academy of Sciences, Vladimir Vernadsky. It was he who described the biosphere as the Earth’s shell inhabited by living organisms.

“If I speak with one of the tourists or visitors, I always tell them about Vernadsky. Scientists usually know about Vernadsky because he is the founder of this science. His works are very famous, and his legacy is what makes modern experiments possible, ”says the Ukrainian.

On the subject: How a hobby saves in exile: the story of a Ukrainian woman who moved to Washington

In the mid-80s, the American billionaire Edward Bass had the idea to recreate the Earth’s biosphere in a confined space. In 1987, the construction of a unique facility began, which lasted 4 years. With his help, Bass wanted to find a way to colonize other planets.

“The idea was that everything could function independently and could be transferred to any planet. Build and maintain people's lives there through the functioning of these ecosystems, ”says Catherine. 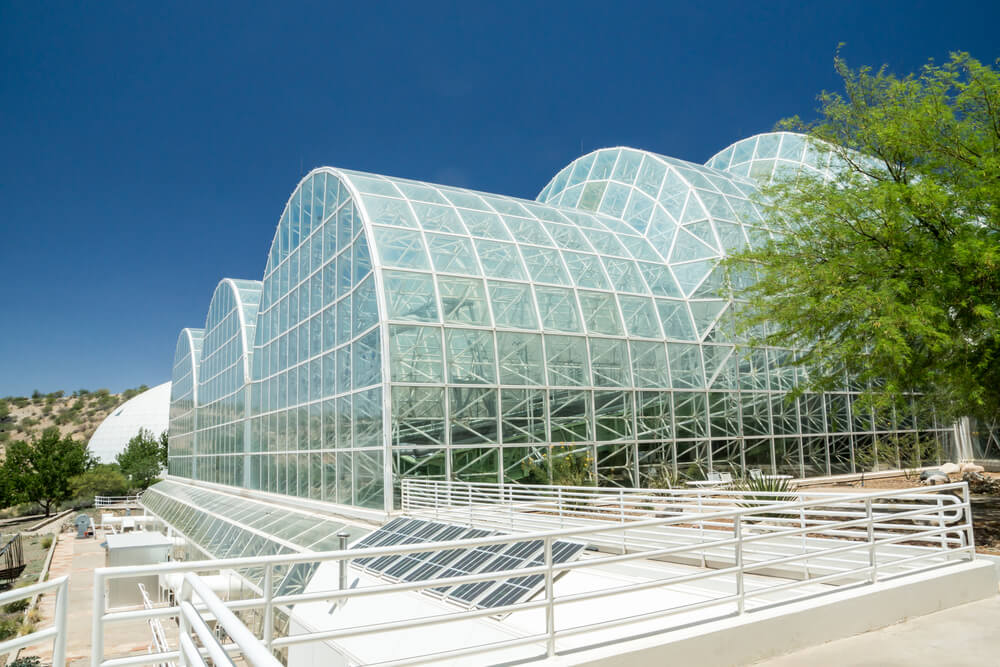 In 1991, the first experiment was launched at Biosphere-2 - 2 years, 4 women and 4 men lived in a completely isolated laboratory, communicating with the world only through a computer and phone.

However, not everything worked as planned and it was very difficult to fully provide themselves with products, and over time an even bigger problem arose.

“They found that they don’t get enough oxygen in order to survive,” the Ukrainian says.

Microbes in the soil produced carbon dioxide faster than young plants managed to produce oxygen. After 16 months, oxygen had to be pumped into the biosphere from the outside, the study was completed according to plan. After 2 years, all the inhabitants of the biosphere left the laboratory in excellent physical condition.

On the subject: Ukrainian woman won the Oscar in 2020: who she was and what she was awarded for

However, the scientific community questioned the feasibility of such an experiment and abandoned the idea of ​​autonomous life.

In 2007, the University of Arizona took over the management of Biosphere-2, on the basis of the laboratory they conduct research on Earth processes, train students and draw attention to environmental problems.

“We are interested in the rainforest because it absorbs a lot of carbon, we strive to understand how the forest stores carbon in its ecosystem and how environmental changes influence this process - increasing temperature and decreasing humidity,” says Jost Van Garen, a center employee . 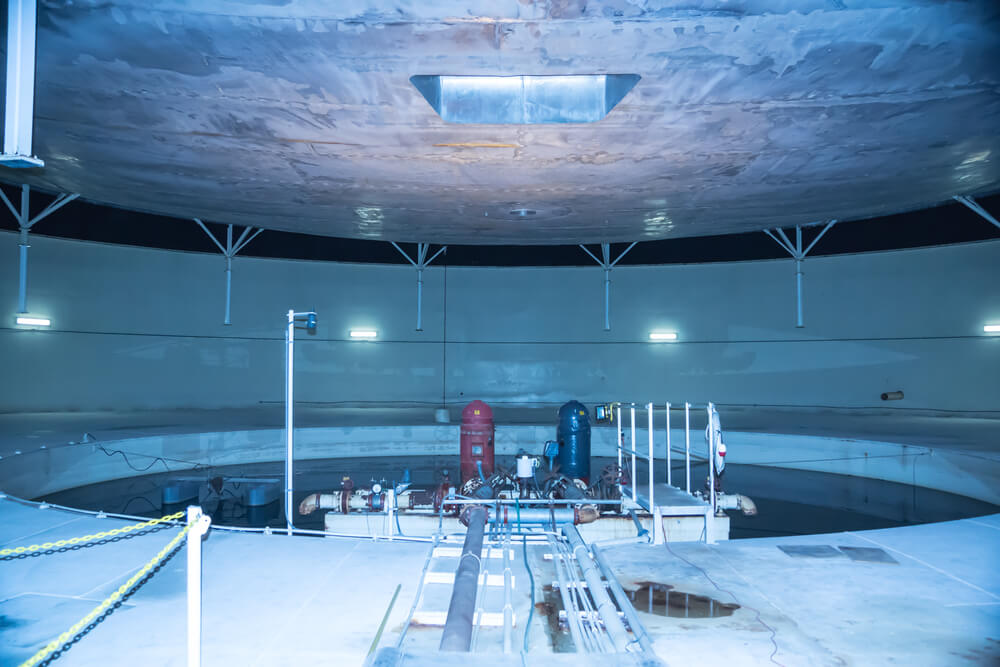 Scientists are trying to understand how to use nature itself to clean the atmosphere of carbon dioxide. The site of Ekaterina Dontsova is soil slopes. They, like rainforests, can absorb harmful gas.

By studying these processes, scientists will be able to understand how to deal with global warming. Biosphere-2 is the only laboratory in the world where ecosystems can be studied on a large scale. And although at first the “Biosphere” was supposed to save people in space, now, scientists hope, it will be able to save people on Earth and restore the natural balance that Academician Vernadsky described.

January 2020 was the hottest in modern human history: what is happening

Research: all New York airports may be under water by 2100