Main page In the U.S. The number of illegal immigrants crossing the US border breaks a 15-year record

Preliminary government figures confirm what border guards have been saying for weeks: the number of migrants crossing the U.S. border has skyrocketed to its highest level in 15 years, and a record number of teenagers and children arriving without parents has surpassed the ability to look after them. writes The Washington Post. 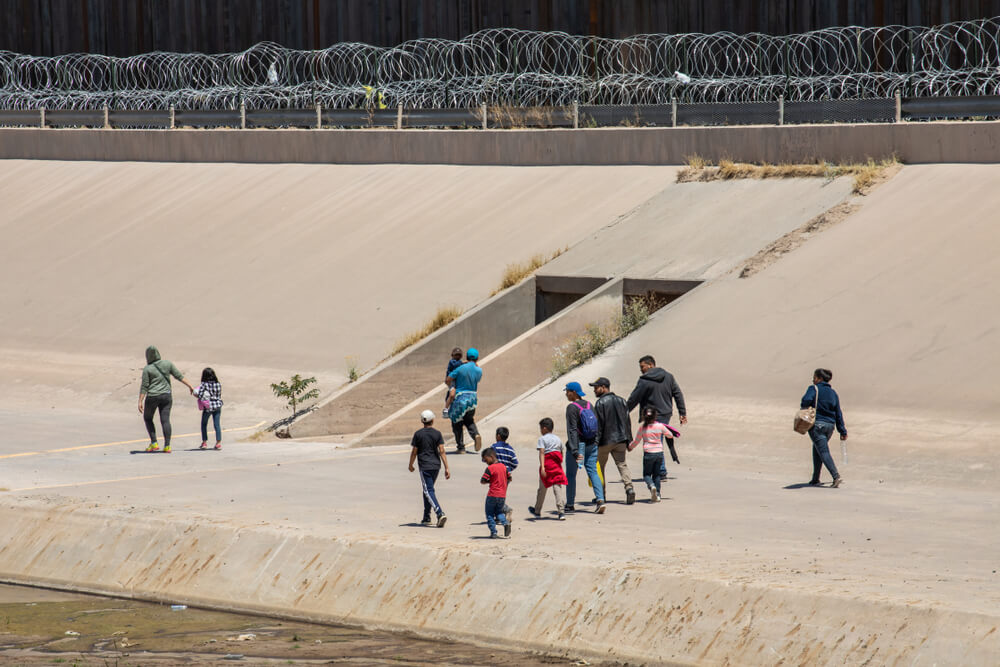 More than 171 migrants were detained by US agents last month, according to the US Customs and Border Protection Agency, contradicting Biden's claims that the influx is no different from previous years. The rapid increase in arrests and detentions at the border, which has more than doubled since January, underscores the magnitude of the challenge facing an administration that has promised more humane and more hospitable immigration policies.

Biden officials are now rushing to add thousands of shelter beds to reduce dangerous overcrowding in tents, where Central American teens and children are held longer than allowed by law and sleep shoulder to shoulder under foil blankets for days.

The CBP hosted more than 18 unaccompanied minors last month, up 800% from February and well above the previous monthly high of 99 in May 11. The increase in the number of migrants arriving as part of family groups is obvious even according to preliminary data: last month there were more than 861 of them, compared with 2019 in February and 53 in January.

An incumbent CBP official and a former CBP official, who both saw preliminary March figures, have confirmed their accuracy.

When asked by journalists about the increase in the number of migrants arriving at the border, Biden said during his press conference last week that his administration is facing the same problem as previous ones.

On the subject: Hundreds of criminals illegally cross the US border, including rapists and murderers

Statistics for March refute this claim. The sharp increase in the number of transitions during the first two months of Biden's term has a more vertical growth curve than any comparable period in the last two decades. The biggest two-month growth during the last big spike in 2019 was around 45 in net numbers. From January (000) to March 78 (442) there were more than 2021 of them.

Biden took office promising a more welcoming approach to immigrants and a rejection of the harsh policies of his predecessor. His administration announced a 100-day moratorium on deportations, overturned Trump's controversial asylum policies, and proposed a massive immigration law offering millions of people a path to citizenship, among other measures.

His administration also said it would not use the Section 42 emergency medical order, enacted at the start of the pandemic in March 2020, to return unaccompanied minors from Central America to their countries, allowing them instead to seek humanitarian protection under the law. ...

The March data also shows the scale of the challenge faced by patrol agents in the field as they attempt to capture single adults crossing the border at levels not seen in years. The CBP detained more than 99 single adults last month, up from 000 in February. CBP officials also say the number of "escapes" who are found but not detained has risen to nearly 71 a day, the highest in recent memory.

Jen Psaki, a White House spokeswoman, said the vast majority of adult migrants return under Section 42. When asked about the March data, she began trying to describe it, but instead said, “We are not naive about this issue. but we are focused on solutions and actions that will help solve the problem of unaccompanied minors who cross the border and make it less of an incentive to come. ”

CBP statistics for March confirm what border officials and the Department of Homeland Security have spoken for weeks.

“We are at the pace to face more people on the southwestern border than in the past 20 years,” said head of the Department of Homeland Security Alejandro Meiorkas last month. "We have a lot to work on."

“This is not news,” he said in a statement. “We have already encountered migration surges before - in 2019, 2014 and before that.”

In 2019, U.S. agents made nearly 1 million arrests and detentions along the U.S.-Mexico border, including a record number of migrants who arrived as family groups. Their number peaked at 88 in May 857, significantly higher than the 2019 who arrived last month, but the CBP predicts that 53 to 000 migrants will arrive as family members during fiscal 500. which will overshadow the results of 000.

The Biden administration refused to use the Title 42 health order to return unaccompanied minors to Central America, allowing them to exercise their legal right to receive humanitarian protection in the United States.

US agents were so overwhelmed by the number of families that arrived in the Rio Grande Valley in South Texas that they began to release some of them from custody without being officially notified of their appearance in court, asking them to report to the nearest US Immigration and Customs Police office instead when they will arrive at their destination in the United States.

The incidents took place in January and March of this year. "Voice of America".

US border guards this year arrested two Yemeni nationals on terrorist suspect lists as they independently allegedly crossed the border into Mexico illegally.

This was reported by the US Customs and Border Protection.

Two people arrested in January and March near a California border crossing have been put on the government's terrorist suspect and no-fly list, the service said in a press release.

One of them, a 33-year-old man, was arrested on January 29 after an alleged illegal attempt to cross the border near the border checkpoint in Calexico, California, the service said.

Border guards found a mobile phone SIM card under the insole of his boot, the agency said.

The second man, aged 26, was arrested on March 30 in the same area.

A spokesman for the service noted in a written statement that the situation when border guards confront suspected terrorists on the American border is "highly atypical," but the arrests show the agency's "critical" verification work.

The names of those arrested were not disclosed.