Home Educational program Ticks in the US are becoming more contagious and dangerous: rare fatal diseases among those bitten have become more frequent

A deadly tick-borne illness caused by climate change is spreading in the US, reports grist. 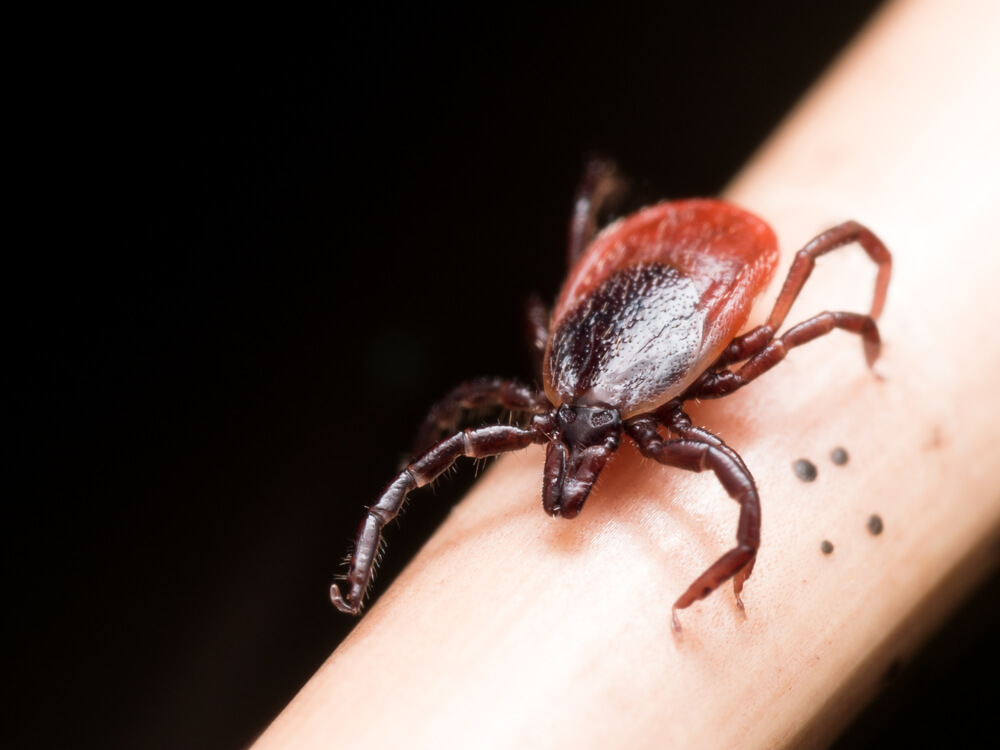 In early May, a woman in her 90s was hospitalized in Connecticut with a strange set of symptoms: confusion, nausea, chest pain, chills and fever. Two weeks later, on May 17, she died. The culprit was a black-legged tick, a tiny arachnid about the size of a sesame seed.

On the subject: Connecticut woman dies of rare tick-borne virus

Black-legged ticks, commonly known as deer ticks, carry a wide range of diseases. They are best known for carrying Lyme disease, a disease that causes rashes, fatigue, fever, and other unpleasant, sometimes debilitating symptoms. The tick that killed a woman in Connecticut carried a disease much rarer and deadlier than Lyme disease: it's called the Powassan virus, or POWV. Powassan-carrying black-legged ticks kill one in ten people who develop severe symptoms. Half of those who survive a major bout of illness continue to experience the effects of the illness, such as muscle loss and recurring headaches, for the rest of their lives.

The death in Connecticut is the second Powassan-related death in the United States this year. In April, one man in Maine died in hospital after contracting the disease from a tick bite. Two deaths in a couple of months may not sound like much, but it's a significant increase in cases that worries experts. The 134 cases reported in the US between 2016 and 2020 are 300 percent more than in the previous five-year period. And the cases that are reported to the Centers for Disease Control and Prevention or the CDC are most likely symptomatic cases, usually those people who end up in hospitals.

The true extent of the spread of the virus in the US may be greater than what the CDC reports. Many cases of Powassan are asymptomatic, and even when the patient shows symptoms, doctors cannot accurately diagnose the disease due to its rarity. Experts expect cases of the Powassan virus and other diseases that people contract from carriers in the natural environment will continue to rise as the climate continues to change due to greenhouse gas emissions. Rising temperatures help ticks move their range to new areas, and warmer winters help bloodsuckers survive year after year. Most Powassan cases have been diagnosed in the Great Lakes region and the Northeast, but cases have also arisen in as far afield as North Dakota and North Carolina.

Tick ​​researchers have mixed opinions about how much of a public health threat Powassan is right now. But the general conclusion is that Powassan is a growing concern, and if it were to become a more common disease in the US, that would be very bad news.

In New York State, Sarawanan Tangamani, director of the SUNY Center for Vector-borne Diseases at SUNY Upstate Medical University, is testing ticks outside of his lab. When someone finds a tick in their backyard or on their leg, they can send it to the Tangamani Lab for testing. By cataloging these materials, Tangamani discovered that the lower Hudson Valley in New York State had become a hotbed of Powassan virus spread among ticks. But he still doesn't know what factors are responsible for the outbreak of the Powassan virus in arachnids in the area. In fact, no one even knows exactly where ticks pick up the virus - it's still an open area of ​​research.

"We don't know where much of it comes from," said Richard Ostfeld, a disease ecologist at the Carys Institute for Ecosystem Research in New York. “There is now some evidence that short-tailed shrews could be a very important reservoir for this,” he said, adding that white-tailed mice, skunks, raccoons, weasels and marmots are known to transmit Powassan to ticks, which then, in turn, can bite people and infect them with the virus. "But we don't know if one of these carriers is more important than the others in terms of tick infestation," he said.

Not to mention how little we know about where the virus comes from and why the ticks that carry it tend to congregate in certain areas. Tangamani says his research shows Powassan could become more common in the coming years.

“In my opinion, people should be very, very concerned,” he said. “There is a possibility that this will become a serious public health hazard.”

Powassan virus cases in ticks he tested in the lower Hudson Valley increased 3 percent to 5 percent in the three years he collected citizen data. It is also possible that other tick species, such as the American dog tick or the lone tick, may also carry a version of the Powassan virus. As the ticks continue to expand their range across the country, Tangamani fears that more people may come into contact with the ticks.

Ostfeld is not convinced that the increase in human cases documented by the Centers for Disease Control and Prevention is evidence that there has been a huge surge in the number of ticks carrying the Powassan virus in the US. This increase may be due to more physicians becoming aware of tick-borne diseases and testing patients for them, chance, or a number of other factors.

But Ostfeld stressed that now is the time to devote more resources and attention to the study of Powassan and how it functions in the environment. “It is very difficult to get funding from federal agencies for something like the Powassan virus because of its rarity,” he said. “But it could be argued that its rarity is just the time when we should be figuring out more about the underlying biology of this virus and what factors influence human exposure so that we are ready if and when it becomes more common.”

Lack of funding to fight tick-borne diseases is a problem faced by the Minnesota Department of Health.

In Minnesota, public awareness of Powassan and many other tick-borne diseases is low, according to public health officials. But the resources to change that and expand the state's understanding of tick-borne diseases in general have been stretched across many different public health priorities, most notably the ongoing COVID-19 pandemic. "We don't have the resources," said Erin Cough, an epidemiologist with the Minnesota Department of Health's Division of Transmissible Diseases. “But we know that if climate change expands the territory of the tick, then this means that diseases will be detected in new territories of our country.”