Spring is a great time not only for walks and flowers, but also for warm family evenings watching interesting films. Therefore, we offer you another portion telenovas from our friends from Russian TV eTVnet... If you are not already familiar with this resource, we remind: eTVnet Is the official representative of Channel One in North America, which broadcasts more than 200 channels from Russia and the CIS countries, and also provides viewers with access to a two-week recording of the air of the channels and an archive of programs for 15 years. 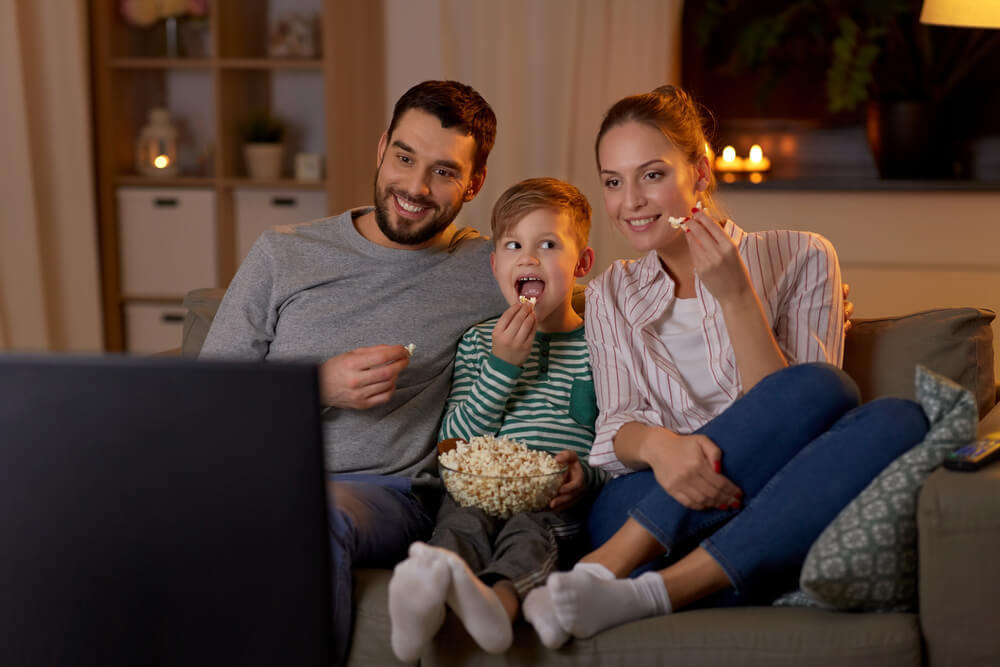 To make it easier for you to navigate in all this wealth, the service staff regularly compile hit-parades of films and TV series, lists of the best programs recommended for viewing. And we are happy to share these ratings with our readers. So what are the experts recommending that we watch this week? 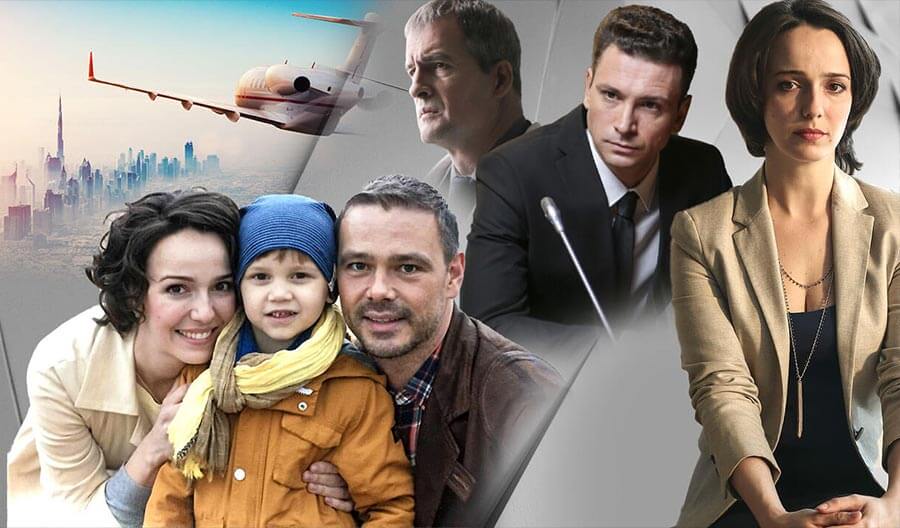 Big, no, huge premiere of Channel One. Series "End of innocence”Is the story of a woman who sends her husband on a business trip and finds out that his plane crashed. She is informed that there are no survivors in the plane crash, but it soon turns out that her husband was not on board ... Viewing the airport surveillance cameras opens up a new side of the life of her beloved for her.

Another big premiere, but not from Channel One, but from the NTV channel. In the series “Caspian 24»Played the main role Anastasia Zavorotnyuk, and therefore the management of the NTV channel made an unusual decision - to time the release of the series on the birthday Anastasia... On April 3, the star turned 50.

Don't miss out soap opera - it can already be found on eTVnet! 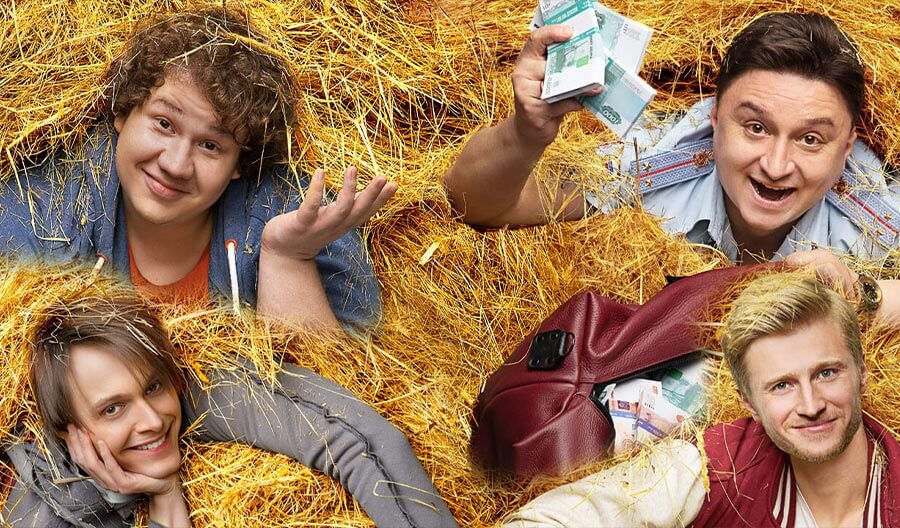 New season of the series "Beetles”The audience waited impatiently. And he did not disappoint. In the new episodes, startups from the capital are again trying to survive in the countryside.

During this year, the world has completely changed, but in Beetles it is still sunny and sincere. Nikita, Dan and Artemy continue to work on their dating app under the supervision of an investor who, after the events of the first season, still got to Zhukov. His goal is to get the guys to work, but it's not so easy: after Anya left Nikita, he went into a binge; Artemy was discouraged because of thoughts of Tolik's terrible revenge for his romance with Irka; and Denis is afraid of the parents of the milkmaid Dina, whom he wanted to take to Moscow. The trio regularly find themselves in the wildest situations that can happen in the Russian wilderness.

The famous chef and owner of a restaurant chain Anna Streltsova loses everything overnight due to the false accusation of her husband's murder. The court sentenced her to eight years in prison. In prison, her daughter Nadezhda is born, and Victoria, Anna's sister, takes care of her. But four years later, when Vika stops communicating, Anna decides to run away.

At home, Anna finds out that her daughter Nadia has disappeared, the restaurant business has long been sold to the main competitor, and strangers live in her apartment. To find her loved ones and find her husband's killer, Anna will have to go through difficult trials, regain faith in love and find out who is really her friend and who is her worst enemy. 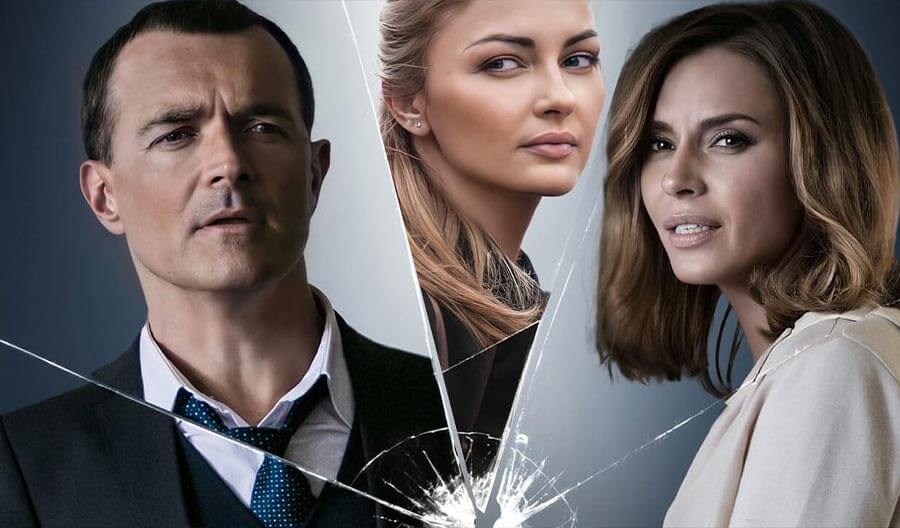 Beware of the car - the one that is destined to break your life can get under its wheels ...

Love Tolkalina, Yegor Beroyev, Maxim Drozd - in the 2020 series “Give your life». Svetlana Yakusheva lives a quite prosperous life. She has everything she once dreamed of - a friendly family, a house outside the city, a well-to-do life and a favorite business. It seems that it will always be so. But one day an incident occurs with Svetlana, which completely changes her fate - she accidentally knocks down a girl in her car. The stranger turns out to be an orphan who has nowhere to live. Svetlana decides to help the girl and brings her home as a housekeeper, but soon she bitterly regrets her act. The new housekeeper is not at all who she claims to be. She is ready for anything to take the place of the mistress in the house. Having survived the betrayal of her husband and the betrayal of loved ones, Svetlana is trying to expose the fraudster and return to her former life.

Petty hooliganism, fights, theft - all this is routine for employees of the juvenile affairs department. But there is one among them who is not indifferent to the chaos that reigns in the area. Policeman Pasha tries his best to save the stray teenagers from prison, but he is confronted by a local crime boss. 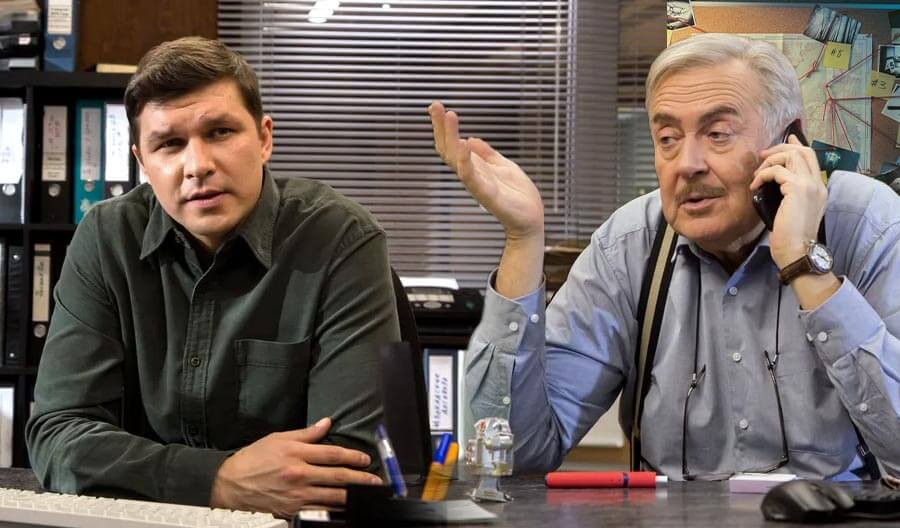 And we will end our selection with a comedy series with Yuri Stoyanov starring.

Representatives of bohemia are influential, famous, successful and wealthy people, therefore, solving crimes with their participation requires the most extraordinary methods of work and qualities of the character of the investigator. These are the qualities that the investigator for especially important cases, Marlen Georgievich Simonov, possesses. He is a representative of the “old school” who, over the years of service, has perfected an unsurpassed observation ability and literally turned into a “walking lie detector” capable of unbalancing anyone.

Choose new items from our list or directly from the catalog eTVnet, connect and watch - anything, anytime! Just a few clicks and you have the best entertainment service in Russian at your disposal. Popular TV series, blockbusters, new season releases and iconic film premieres are on eTVnet you can find the most popular films and programs of any genre, as well as concerts, humor and sports programs.

Parents of young children no longer have to think about what to turn on their babies. Such a choice of cartoons and educational programs as on eTVnet not anywhere else. With older children, you can watch films for family viewing and introduce them to the classics or heritage of world cinema.

All this wealth of choice is available to viewers eTVnet for viewing from the archive at any time and without ads. But that's not all. Everyone has the opportunity to try the service for free. В eTVnet are confident in the quality of their product, and therefore give a 14-day free trial so that you can appreciate the benefits service.

Hundreds of new films and programs daily: where to watch Russian cinema in the USA