The mention of California usually conjures up images of wildfires and droughts, but scientists say the state is also the site of extreme once-a-century mega-floods. Climate change could amplify how strong they are becoming. What to expect the inhabitants of California, said the publication The Washington Post. 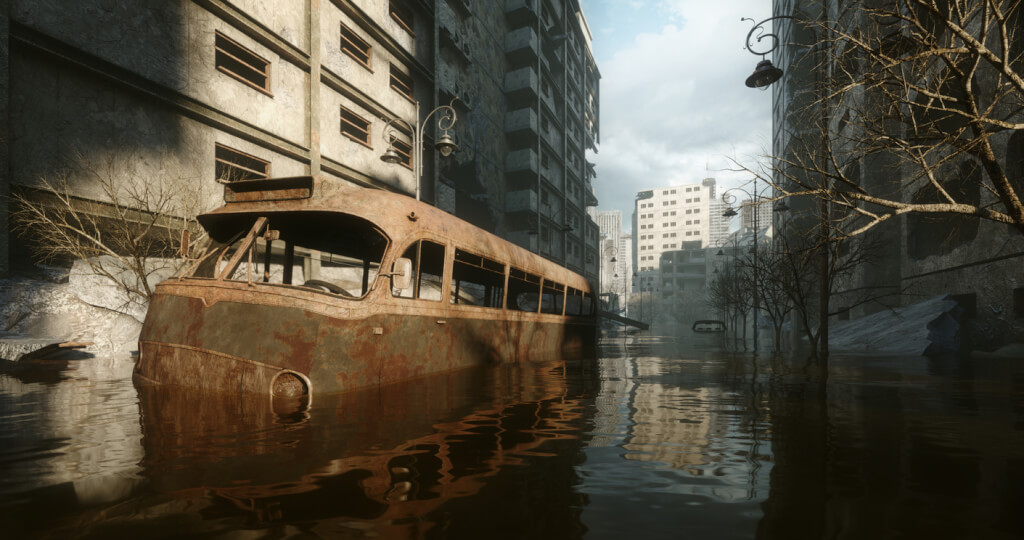 The idea seems incredible - a month-long storm is coming that will bring 30 inches (76 cm) of rain in San Francisco and up to 100 inches (254 cm) of rain in the mountains. This has happened before (the last time was in 1862). And judging by history, the flood is already delayed, according to a study published in the journal Science Advances.

"This risk is increasing and has already been underestimated," said Daniel Swain, one of the study's two authors and a climate scientist at the University of California, Los Angeles.

Some parts of the Sierra Nevada could see 25 to 34 feet of snow fall, and most of California's major highways would be eroded or inaccessible.

Swain works with emergency officials and the National Weather Service. He explains that the question is not whether a megaflood will occur, but when.

“This was already in 1862, and before that, it probably happened about five times in a millennium,” he noted. “On the scale of human time, 100 or 200 years seems like a long time. But it's pretty regular."

His article builds on the work of other scientists who examined sediment layers along coastlines to determine how often megafloods occurred.

They found evidence of extreme freshwater runoff that washes away soil and rocky materials into the sea. These layers were buried under perennial sand. The depth of the layers and the dimensions of the pebbles and other material they contain give an indication of the severity of past floods.

On the subject: NASA warns: 15 years from now, it will be almost impossible to live in coastal cities of the USA due to constant floods

“It hasn’t happened in a long time, so no one remembers it anymore,” Swain said. “But California is a region that is in an ideal location in a climatological and geographic context.”

The article warns of "extraordinary impacts" and reports that such an episode could transform "the inland Sacramento and San Joaquin valleys into a temporary but vast inland sea almost 300 miles (482 km) long and inundate much of the now densely populated coastal zone."

Swain's modeling showed that the likelihood of a megaflood occurring is much higher in an El Niño-dominated winter than in a La Niña-influenced winter. El Niño is a large-scale atmospheric-ocean chain reaction that can dominate the atmosphere for several years and usually starts with warmer than normal sea surface temperatures in the tropical eastern Pacific.

“If you look at the eight highest monthly precipitation totals in the simulation, they all happened in El Niño years,” Swain said.

The impact of human-induced climate change also plays a role: Swain says it increases the intensity of megafloods.

An independent study published in the journal Scientific Reports concluded that anthropogenic climate change will increase atmospheric rivers and could double or triple economic damage in the western United States by the 2090s.

A warmer atmosphere has a greater ability to store moisture. In the absence of storms, this means the air can dry out the landscape faster—hence the prolonged drought in California. But if it rains, it could be a historic flood.

Alan Rhodes, an expert on atmospheric rivers and not involved in any of the studies, said the study highlights "the importance of remembering major floods that are central to California's history."

“The main concern is how much climate change will change the frequency of these events and how much it will fuel and exacerbate the effects of the next record flood,” writes Rhodes, hydroclimate researcher at Berkeley.

He elaborated that compared to previous mega-floods in the late 1800s, "California has greatly expanded its rural, urban, and agricultural areas, which may result in a greater risk of loss of life and property."

While researchers can't say when California's next mega-flood will occur, forecasters are confident it will.

Swain said one of the goals of his job is to push officials to prepare. He offered to work with the National Oceanic and Atmospheric Administration to "run simulations of land-based disasters."