Home In the U.S. California officials banned from visiting a third of America's states

California officials banned from visiting a third of America's states 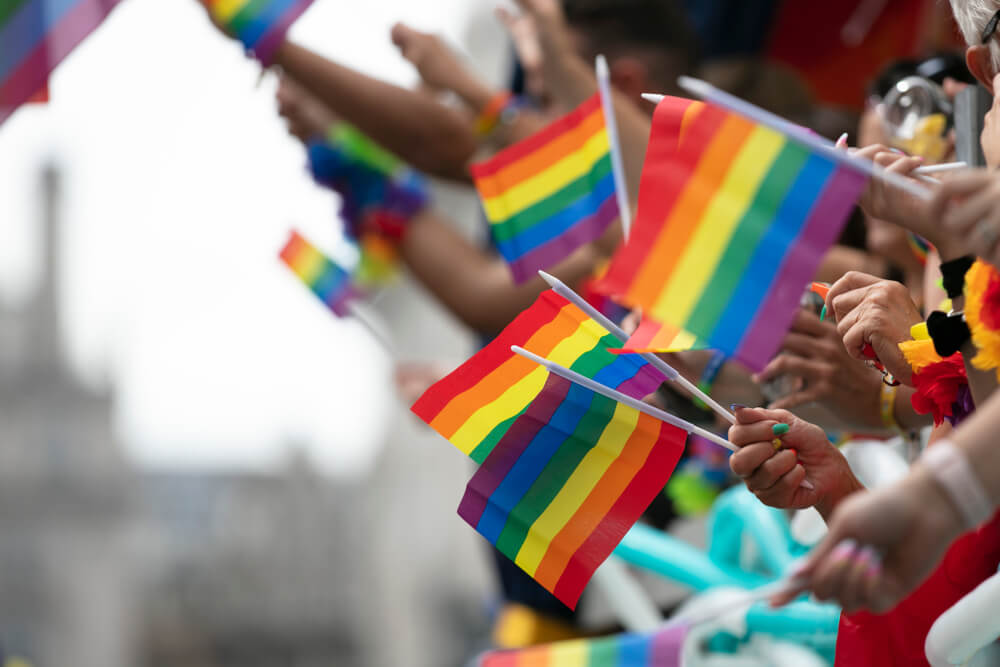 California Democrats wanted to get their message across when they passed legislation five years ago to ban taxpayer-funded travel to states where businesses are allowed to deny services to gay and transgender people.

California's leaders took a principled stand, but did not dissuade the Republican states from passing the so-called religious freedom laws.

You cannot travel across the country without driving through at least one state on the list.

The latest addition came in late September when Attorney General Rob Bonta announced a ban on state-funded travel to Ohio due to a new state law that allows doctors to invoke their moral or religious beliefs by denying patient care.

“Ohio's decision to condone attacks on the health of nearly 400 LGBTQ + residents has met with widespread opposition from the state's medical community. It’s clear that this law only serves to discriminate, ”said MP Evan Lowe, Dee-Campbell, author of the California travel ban law. "We will never put Californians at risk of falling prey to the toxic standard by supporting the use of taxpayer dollars to travel to places where LGBTQ discrimination is state law."

On the subject: Hundreds of thousands of Americans will be forgiven student debts: to whom and how much they can write off

California imposed travel restrictions in 2016 in response to the Indiana Religious Freedom Restoration Act, which made it easier for people to be exempt from anti-discrimination laws by allowing lawsuits challenging them based on religious beliefs.

Businesses condemned the Indiana law and then the government. Later, Mike Pence signed an amendment aimed at protecting gays and transgender people from discrimination. California today does not prohibit state-funded travel to Indiana.

While the California travel ban law was intended to pressure conservative states into not passing anti-LGBT laws, in practice, some of these states have passed such laws, and the list of California outlawed states has expanded significantly.

One state, North Carolina, was added to the list after legislators in that state passed legislation prohibiting transgender people from using the toilet of their gender identity. Although North Carolina has since repealed the law, it remains on the banned list due to a law that prohibits cities and universities from making their own anti-discrimination laws.

All states on the travel ban list voted for former President Donald Trump in the 2020 election.

Republicans have complete control of the state government in almost all of them, with the exception of Kentucky and North Carolina, which have Democratic governors.

It is unclear how much the travel ban will affect college sports.

The University of California said in a statement that it "remains committed to promoting the principles of fairness and inclusiveness and implements AB 1887 in good faith by prohibiting the use of state funds to support travel to prohibited states." His schools continue to travel to banned states when they use sponsor money.

Regarding the California State University system, the Chancellery said in a statement that campuses had been informed that Ohio had been added to the list of states banned under AB 1887.

“Athletic teams can still travel to a prohibited state to compete in sports as long as the team complies with California law and ensures that state general fund dollars or tuition and fees are not being used,” CSU said in a statement. "Some teams may choose to travel to a prohibited state to fulfill contractual obligations reached before the law came into force, or simply in the spirit of competition and experience gained from competing with the best athletes in the country."

A cure for default: in the United States, a $ 1 trillion coin can be minted in a few hours

Waves up to 15 meters: scientists filmed for the first time a video inside a powerful hurricane

What to do if a loved one is missing in the USA: useful contacts and resources