Where to eat, drink, discuss business and practice Russian-speaking Silicon Valley? The institutions opened by Russian entrepreneurs are becoming popular among the local international community, writes Forbes.ru. ForumDaily publishes an abbreviated version of the article. 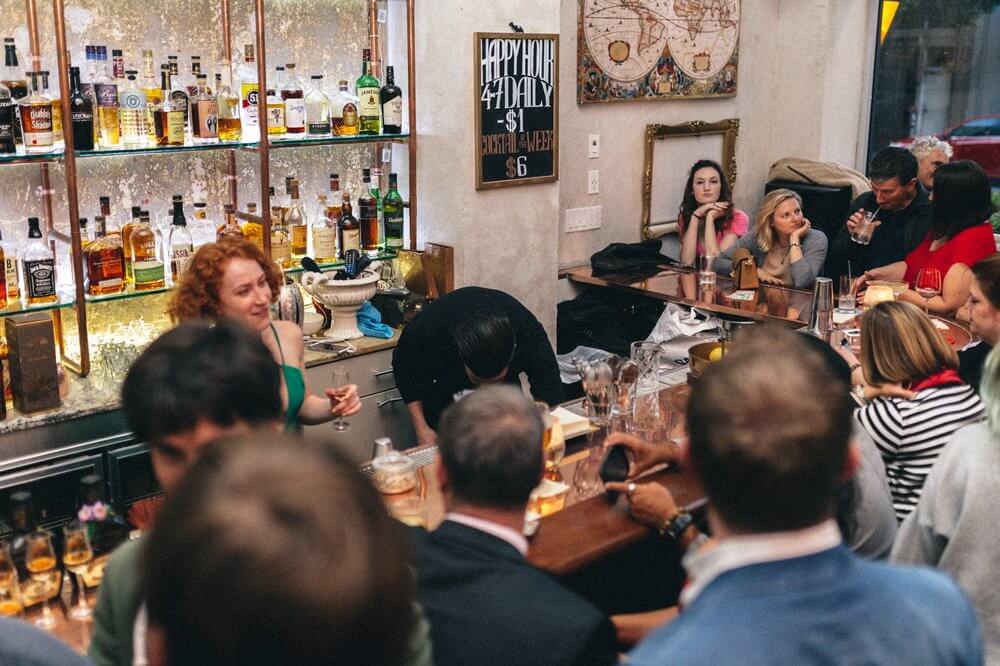 4 December 2017 of the year, random visitors to a bar in downtown San Francisco watched in surprise as the Russian-speaking company arranged a cocktail battle. This company was the musicians of the Aquarium group headed by Boris Grebenshchikov and the musicians of the Okean Elzy group who decided to relax after their concerts in the technological capital of the world. A bar - Rum & Sugar, discovered by Sergey Yushin, Olga Zhuravskaya and their partners, which for the year of its existence has become a place of attraction for the Russian-speaking business community of the valley.

Yushin, a former board member and financial director of RusHydro, who took this position in 32 of the year, left the holding in 2008. Since 2010, he and his wife, Olga Zhuravskaya, the founder of the Galychonok charitable foundation, have lived in San Carlos, in Silicon Valley. The bar is not the only point of application of Yushin’s business talents, but perhaps the most beloved one. “Bars and cocktails were my hobbies and pleasure all my life, in the end it turned into a business. It turned out that very few places where cocktails make perfect. And for me the challenge is to make people come to the bar and say: we love your cocktails, ”he admits.

Bar Rum & Sugar With a capacity of 50, 21 opened December 2016 of the year, and in the first ten days has already beaten off all operating costs, and now it is consistently making a profit. For a month, there are about 2000 visitors, 70% of sales take signatureCocktails containing rare Roma, says Yushin. He did not disclose the amount of investment, stipulating that only a license to sell strong alcohol in the secondary market of San Francisco costs at least $ 260 000. Partners plan to return the investment within three years, evaluating the marginality of the bar business in 30%. 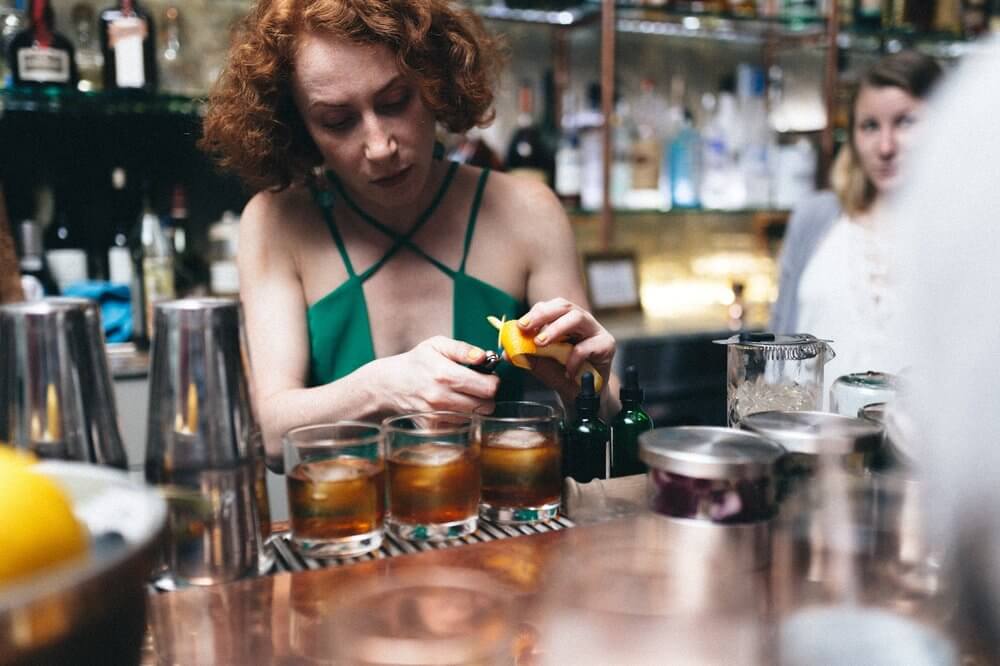 For the year users of the service Yelp, one of the most sought after search services institutions in the US, left about Rum & Sugar 64 positive reviews by putting him prestigious 4,5 stars.

Apparently, the gates of Silicon Valley are of good opinion - according to Zhuravskaya, the co-founder of the messenger comes to the bar WhatsApp Yang Kum and the Ukrainian oligarch Yevgeny Chernyak, owner of Khortitsa. “We are really looking forward to Durov,” laughs Zhuravskaya.

Rum & Sugar can hardly be called just an investor’s place, but this is a place where you can always meet acquaintances, comments Bar Bar Pavel Cherkashin, managing partner of the venture capital fund, comments GVA Capital. Among the projects of this company Hack temple, another center of attraction for the Russian-speaking inhabitants of the valley.

Hack temple - This is a space for events and coliving, equipped in the temple in the truest sense of the word. The Catholic Church of the Holy Image of the Virgin Mary of Guadalupe, in the center of San Francisco, was built in 1912 year, until 1991-th it served as a place of worship for Hispanic immigrants, later there was a school of English for Chinese children.

In November, the 2016 GVA Capital bought the former church for $ 7 million, another $ 4 million was spent on repairs and operating expenses, Cherkashin says. According to him, a special microphone was created for the project, the investors of which were not disclosed. Hack temple - an independent commercial project, it is planned that by the end of 2018, it will reach an operating profit. Already it is possible to evaluate this investment as successful, says Charkashin: the building is now estimated at $ 15 million, and after receiving all the project permits, this estimate can reach $ 30 million (together with the generated cash flow). However, in the next two to three years, its sale is not planned, Cherkashin said. 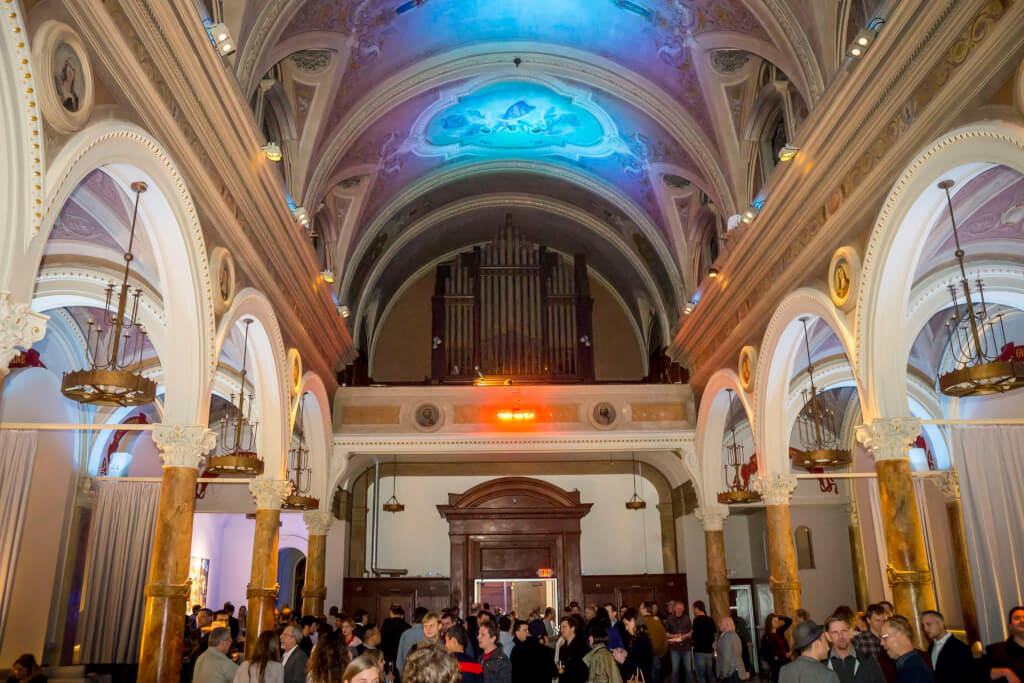 Coliving Hack templelocated in the building where the priests used to live, has been working since the summer of 2017, and already pays for operating expenses, Cherkashin says. 25 people can live in it at the same time, who, on average, stay for three to four months (a month costs $ 1500-2000). These are the same businessmen from all over the world who come to conquer the valley with their technology, Cherkashin says: “They create a unique micro-culture and spend on weekends equally interesting parties.”

In the past four years, Cherkashin has been observing an influx of people from Russia in Silicon Valley — more and more investors come to the country who are attracted by investment opportunities, because the risk level in the American venture capital market is much lower and the profitability is higher. Behind them are also talented Russian entrepreneurs with their startups.

It is for the new inhabitants of the valley opened her yoga studio Anthurium Ekaterina Akhanova, ex-managing director of IFC Metropol, living in the valley since 2011. “In California, everybody is obsessed with sports, yoga is especially popular - three out of ten are engaged in it, so my partner Irina Zaitseva and I chose this business,” says Akhanova, a mother of four children who did not want to return to the investment business because of his complex graphics. Only in Palo Alto are 12 yoga studios, 6 of them on the main street, and all of them are overcrowded with clients, she said.

The partners decided to pay attention to the actively built up areas of the valley. Their choice fell on Foster City, which is located on the traffic jams home of employees of large corporations such as Visa, Microsoft and Oracle. It took two years to find a suitable place, investment costs amounted to slightly less than $ 200 000. The studio, consisting of two halls, opened in the middle of this January and has already attracted about 60 clients, of which only 10 are Russian-speaking. A monthly unlimited subscription to classes costs $ 125, an annual unlimited subscription will cost $ 900 for a one-time payment. Attracting new customers occurs through Groupon, Yelp, Google and Facebook. Akhanova hopes to recoup the investment in Anthurium already for a year. And its next business can be a developing children's center.

In January, another point appeared on the map of business activity of Russian-speaking entrepreneurs in the valley - a food truck called Borsch mobile. Igor Teplittsky and Kirill Deninzon fill them, who prepare and serve the visitors themselves. "Silicon Valley is a multinational melting pot, almost all world cuisines are represented here, but there is no Russian or Ukrainian in the format casual as a food truck, ”explains the business idea for Deninzon, who previously worked in real estate and a biotechnology company. 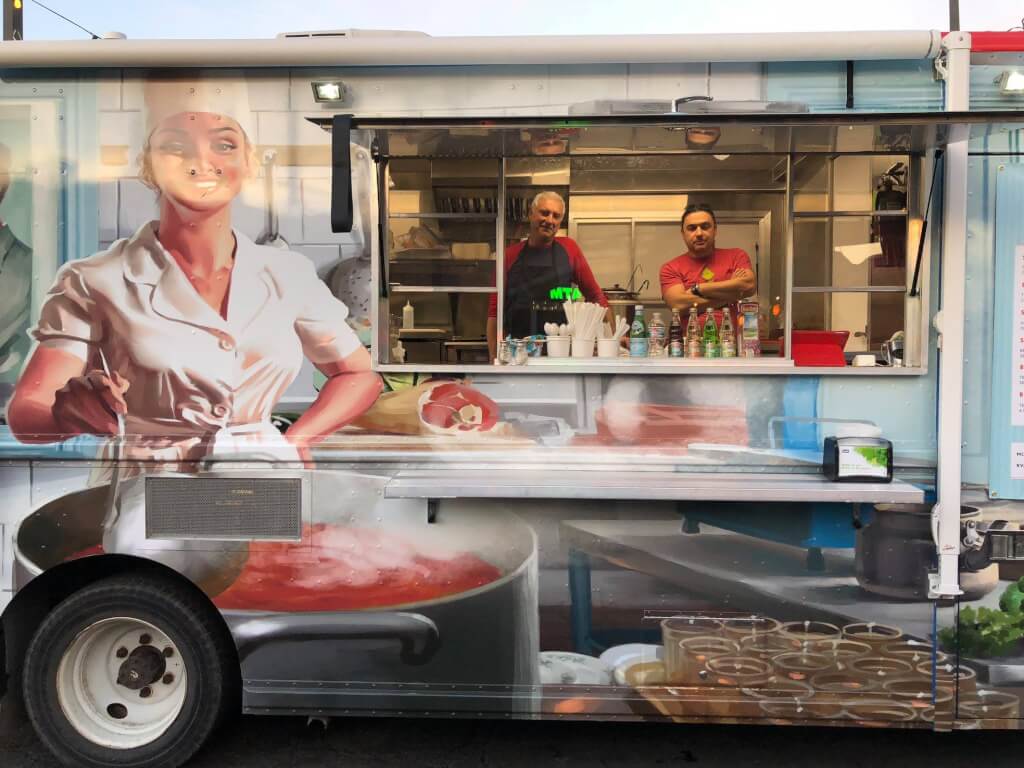 At first, the partners wanted to open a restaurant of Russian cuisine, but then they stopped at a more economical version of a food truck. Starting a business that spent $ 200 000 took eight months - the money went to obtaining permits, buying a van and its artwork in the style of Russian pin-up, as well as developing a menu, Teplitzky, who previously worked in restaurants, says in chicago.

While Borsch mobile opened for service a few times, he will have a regular schedule by the summer. There are two main food truck companies in San Francisco. It depends on them on what place and according to what schedule this or that van will work.

But now the partners have noted interest in their food from not only the Russian-speaking, but also other local residents. “On one of the Fridays, we served 70 checks in four hours, and Americans, Mexicans, and the Asian public came to us,” Teplittsky says. According to him, the best is borscht, a portion of which costs $ 9, are also popular "Siberian dumplings" ($ 10) and lard sandwiches ($ 7), which Kirill smokes on his own. Plans to enter into the menu chakhokhbili and pilaf. The partners, for whom the food truck has become a permanent place of work, plan to return investments in two years.

And in the valley there is a Russian bath Archimedes, but this is not a business story at all.

Our emigration: how the Russian family opened a successful business in Mexico

Three stories of Americans who moved to Russia

6 professions that can be quickly acquired in the USA