Home In the U.S. How the Navajo Indians came up with a military cipher that cannot be broken

After the military codes of the Allied Forces, which were used during World War II to hide impending operations in the Pacific theater of operations, were deciphered by Japanese forces, the US Marine Corps turned to the Navajo tribe for help, says Share America. 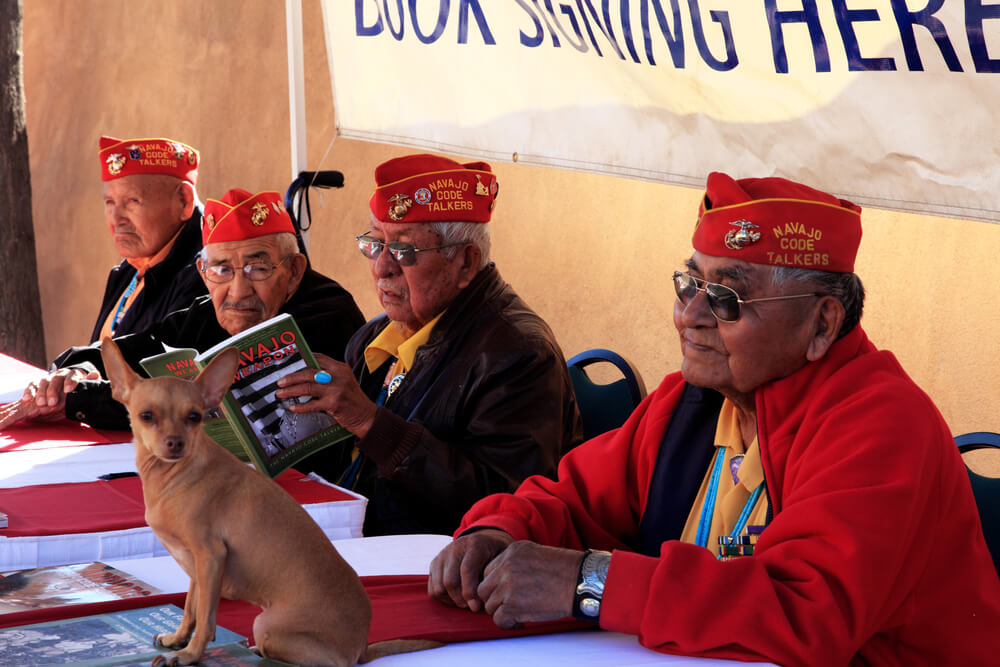 The Marines assembled a group of 29 Navajo men to develop a cipher based on the complex Navajo language, which has no script. In 1942, 15 Navajo cryptographers contributed to the Battle of Guadecanal.

“This was the first battle in which Navajo ransomware was put to the test and we saw if our memory could stand up to enemy fire,” ransomware Pitea MacDonald said at a 2017 White House ceremony to honor the Navajo ransomware. “Three weeks after the landing, the 1st Marine Division commander, General Vandergrift, sent a message to the United States:“ The Navajo code is wonderful. The enemy never managed to decipher it. We don't understand it either, but it works. Send us more Navajo. ' "

Cryptographers sent messages by telephone or radio in their own language, using words in Navajo instead of military terms that were not in their own language. In particular, the words for "bomb" and "potato", as well as the names of birds, have been used to refer to different aircraft models. Also, alternative letters of the English alphabet were used to write words that are not included in the cipher.

According to the office of the US Director of National Intelligence, Navajo cryptographers could encrypt three lines in English in 20 seconds instead of the 30 minutes it took to encrypt with machines. While the cars needed to be guarded, the radio ciphers were free to move around.

Cryptographers have participated in every Marine Corps operation in the Pacific Theater of War, according to US National Public Radio, creating an important advantage for the Marines. In particular, during the Battle of Iwo Jima, which lasted almost a month, six Navajo cryptologists successfully sent more than 800 messages.

The Japanese never managed to break the cipher, and it is believed that the cryptographers developed the only unbreakable code in modern military history. They served until the victorious end of the war at the end of 1945.

“You are a special group of people,” President Trump said at a White House ceremony. - You are wonderful people. We are grateful to you from our hearts for what you have done, and for how you have achieved it, for the courage you have shown and for your love for the country. "

On the subject: 'Save the honor of the people': World War II heroes fighting outside the front

During the war, about 400 Navajos went into military service, and 13 of them died in the fighting. Cryptographers kept their activities secret for decades until the details of the military program were declassified in 1968.

“We are telling a story that every American should be proud of and should know,” Bush said at the awards ceremony. - This is the story of an ancient people called to fight in modern war. This is the story of the unbreakable oral cipher of World War II, messages that were broadcast on field radio stations in Iwo Jima in a language that could be heard hundreds of years ago on the Colorado Plateau. First of all, it is the story of young Navajo Indians who have earned dignity and victory for their country. "

'This is a privilege and a duty': how astronauts on the ISS vote for the President of the United States