Home Israel Special operation for one child: how Israel supports citizens during quarantine

Haifa resident Igor Rubin on your Facebook page shared an amazing story about how one message from a desperate father was the beginning of a whole international special operation, which helped to safely transport a 6-year-old child from Belarus to Israel during quarantine. 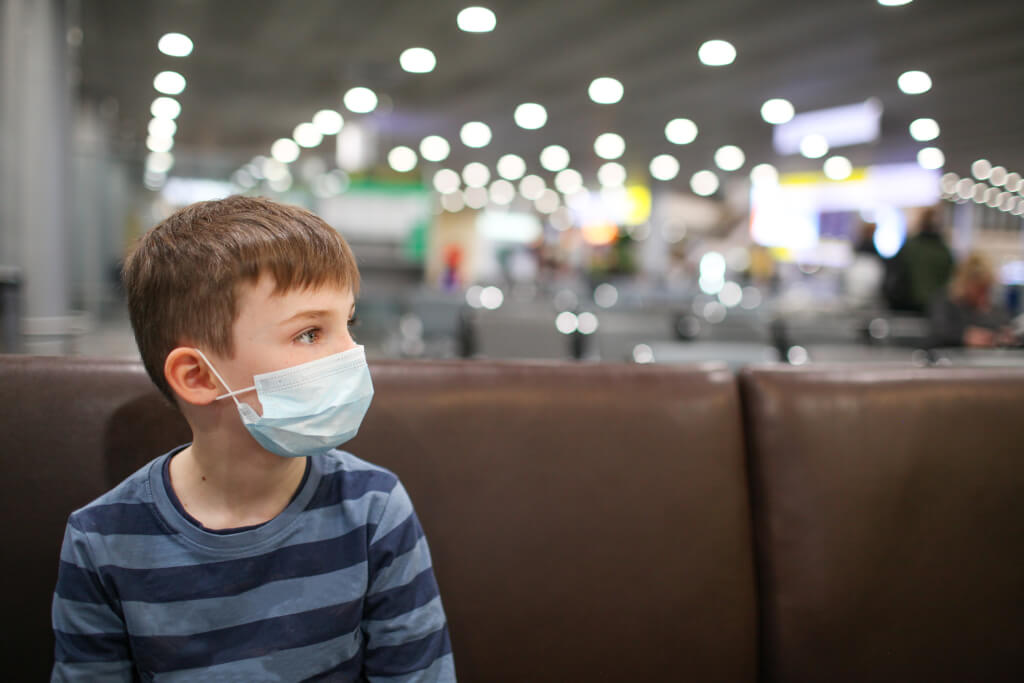 6-year-old Daniel lives with his mother in Belarus and for several years now has been flying to his father in Israel alone, using the service of accompanying children on flights. Due to the fact that Belarus turned out to be one of the few countries where the authorities are not making great efforts to protect citizens from the coronavirus, the parents decided that it would be better for the child to live with his father in Israel for a while. “Life there goes on as usual, there are local football matches that are broadcast today all over the world ... Not the safest place to be now, especially for a child,” the father wrote in his account.

To the joy of the parents, the opportunity appeared to buy a ticket for a son on a direct flight Minsk - Haifa, which they did. But one of the conditions of the Israeli authorities was a two-week observation at the hotel of each passenger upon arrival in the country. For a six-year-old child, this was an impossible condition. While his father was thinking about how to solve the problem, a relative called him and said that he saw on social networks the phone number of the Israeli Minister of Transport himself!

“It took me several hours to write to Bezalel Smotrich. To be more precise, I wrote to him on Saturday at 22:59, and just a few minutes later I received a reply that he understands the situation and will inform the Ministry of Defense about my problem. The next day, he asked me to speak with the head of a department of the Ministry of Defense, Itai Gershkovits. For me, as an ordinary citizen, it was very strange to receive an answer from the country's leadership in such a lightning time. I think that everyone would feel the same in such a situation, and this is only the beginning of the story, ”says Igor in his post.

The Israeli authorities entered the position of Igor Rubin and promised to help, but just before the plane left Minsk, Belavia airline representatives refused to take Daniel aboard, arguing that they could not accompany the child in view of the quarantine situation. Despite the assistance of the authorities, the situation was such that the boy could never fly away, because only a few hours remained before the flight.

“With trembling hands, I took the phone and dialed Itai Gershkovits again. The clock is 18:46, and I explain to him that my child does not fly. He tells me that all permits have been issued and there will be no problem upon arrival in the country. I answer that the Belarusians do not allow him to board the flight. “If you called the Israeli ambassador to Minsk, and the ambassador would call the general director of Belavia, and the general director of BELAVIA would call the CHECK IN counter, perhaps this would give my child the opportunity to board the flight.” I don’t know where the courage or the audacity to ask for such a thing appeared in me, but I was shocked when I heard on the other end of the line “I’ll do it,” writes Igor Rubin.

On the subject: Fun and useful videos: everything you need to know about coronavirus

Soon, a representative of the Israeli Defense Ministry called back the agitated Igor Rubin and said: “I spoke with the ambassador, the ambassador spoke with the director general of BELAVIA. The general manager has contacted the check-in counter - your child will fly this flight. " Igor immediately remarked: “But there are only 15 minutes left before departure”. The short answer immediately followed: "This plane will not fly without your son."

As a result, the flight was really delayed, and they managed to take the boy on board, putting him in business class. Daniel landed at the appointed time in Ben Gurion and, together with his father, went to a two-week quarantine at his home.

“In these moments, I am proud to be an Israeli citizen! I immigrated to Israel at the age of 15 on the Na'ale 16 project, served in the Israel Defense Forces, and I have never felt such pride in Israel as I do now, ”the boy's father does not hide his emotions.

In an effort to keep its readers informed of the latest news on the situation with the coronavirus, ForumDaily has collected the most recent data on infections and deaths in one text that we regularly update.

How to get a refund for canceled travel, events and services

When the most difficult is over: a Ukrainian in China spoke about life in quarantine and after it